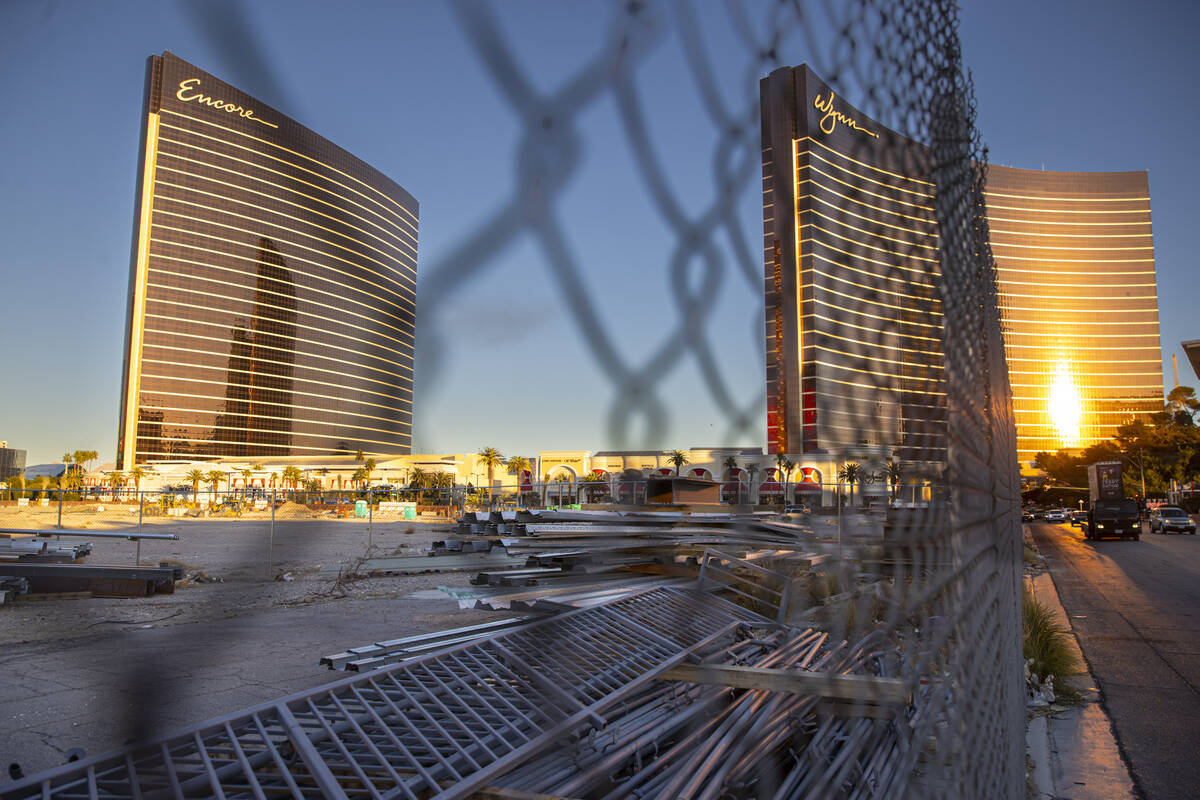 The project marks Wynn’s big bet on a tourist outpost halfway around the world – while at home the casino operator has yet to say what it would do with a chunk of land from the other side of the street.

Wynn has partnered with developer Marjan and hotel owner RAK Hospitality Holding to build a multi-billion dollar resort on Al Marjan Island, located in Ras Al Khaimah, one of the seven emirates that make up the United Arab Emirates, according to a Press release Tuesday.

The project – which is expected to include meeting and convention space, an “exclusive spa”, entertainment and a “gaming zone” – is expected to be completed in 2026, the statement said.

Wynn is not the first Las Vegas casino company to venture into the Middle East, nor the only one with a large piece of land in southern Nevada where it could build a new hotel.

But just over four years after Wynn announced it was acquiring 38 acres next to the Fashion Show mall for $336 million, it still hasn’t confirmed what it will do with the property, the former long vacant New Frontier home.

“Continue to develop our ideas”

Wynn Resorts spokesman Michael Weaver said in a statement for this column that the company will be the UAE resort’s operating partner, receive a management fee and hold a “minority financial interest in the project”.

He noted that Al Marjan Island is a 45-minute drive from one of the busiest airports in the world, Dubai International Airport, and offers a “pristine white sand beach”.

He also said 17 new hotels will open by 2024 in Ras Al Khaimah, “increasing its appeal as a strong regional tourist destination.”

As for the land on Las Vegas Boulevard, he said, “We continue to evolve our ideas for the 38 acres across from Wynn Las Vegas and look forward to developing it when the time is right.

In some ways, that’s hardly a surprise, given the property’s history and Las Vegas’ harrowing experience during the pandemic.

Israeli investors bought the New Frontier in 2007 for more than $1.2 billion and imploded it with plans to develop a luxury resort. But Las Vegas’ frenzied housing boom quickly died down, the economy crashed, and the project never got built.

Australian billionaire James Packer acquired the site through foreclosure in 2014 and set out to build the 1,100-room Alon Las Vegas. But Packer reportedly struggled to raise funds for the project, and his company Crown Resorts put the land up for sale.

Wynn Resorts announced a deal in December 2017 to acquire the site, and founder Steve Wynn told analysts in January 2018 that he wanted to move quickly on a project there.

A few days later, the Wall Street Journal reported that Wynn had a decades-long pattern of sexual misconduct. Wynn, who called the allegations “preposterous”, quickly resigned as his company’s chief executive officer, citing “an avalanche of negative publicity”.

“There will always be demand”

Meanwhile, Las Vegas attendance increased significantly from 2020 when the pandemic hit and tourism plunged, but it has not returned to pre-pandemic levels.

More than 32 million people visited America’s casino capital last year, up from 19 million in 2020 but down from 42.5 million in 2019, according to the Las Vegas Convention and Visitors Authority reported.

When asked if Wynn thinks there is, or will be, sufficient demand for more megaresorts along the Strip, Weaver pointed to “the incredible increase in demand for Las Vegas among domestic leisure and gaming customers in 2021,” and added that the company “firmly believes” Las Vegas will remain a “preferred global destination for years to come.”

“And with that backdrop, there will always be demand for the quality experiences that Wynn delivers,” he added.

Will these experiences include a new casino across from its glitzy Wynn Las Vegas and Encore towers? Will this sprawling site remain undeveloped land for years to come?

Your guess is as good as mine.

Some Vegas Strip casinos will have new facades, household names