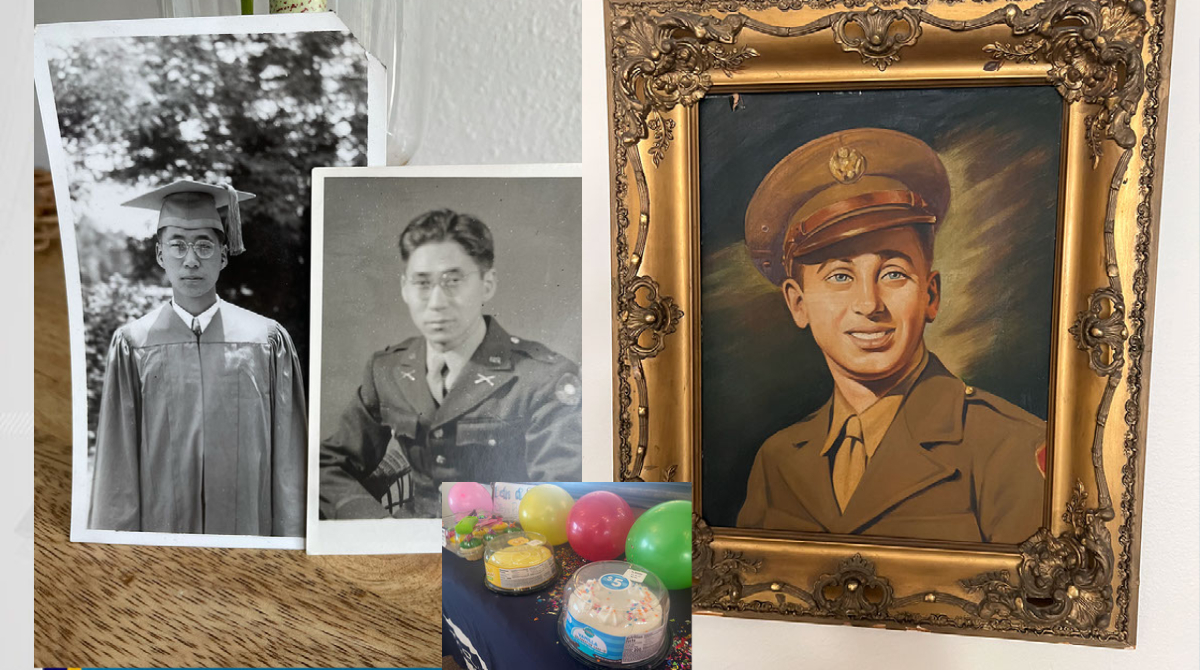 Sterling Ridge Senior Living staff, along with families of veterans, joined in the festivities.

Charles Hashimura is the son of veteran Roy Hashimura. He tells 8 News Now that his father, Roy, served 4 years in the military.

“The hard working guy never quit, I mean he worked 2 jobs on his days off. He’d be out in the yard painting, he’s always doing something,” Charles said.

Roy turned 103 on Sunday, his family say he was stationed in Germany.
His son says he is grateful for another year of honoring him.

“You have been the best role model a person could ask for in their entire life,” Charles added. “It’s nothing compared to what he’s been through all these years.”

He had a lot to say about being a centenarian.

“I think it has to do with maybe good genes and being relatively closer in eating habits and stuff to some degree,” Zaglin said.

His message to younger generations is to keep moving forward.

“They seem to handle things well, they are independent and I noticed they were right about life,” he added.

Charles tells 8 News Now that his father hopes to break a record when it comes to reaching the milestone.

“Actually he wants to break the record, I don’t know what he thinks is 117,” Charles added.

New Start Capital Review: Gets an “F” for Debt Consolidation