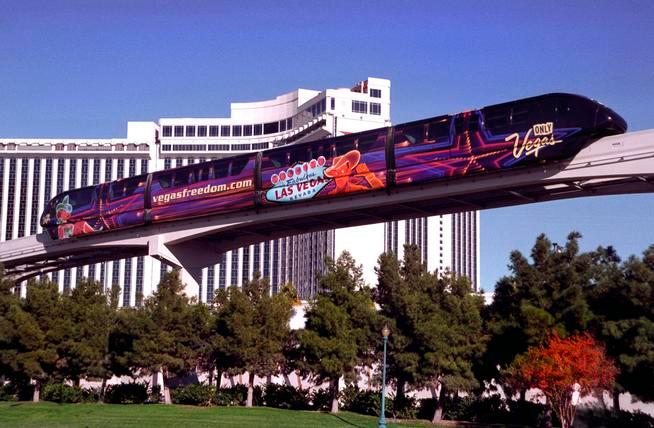 Why not a monorail for Denver’s 16th Street Mall? – Denver Post

Denver has a thorny problem in the heart of the city.

The 16th Street Mall is considered the heart of the city, its main street, and the backbone of downtown.

Yet the mall has essentially become a thoroughfare for the city’s most efficient people-moving experience – the 16th Street Mall Shuttle, which carries about 50,000 people daily through the hallway.

Few people stop, get off the bus, linger, shop, or just experience life in the hallway.

In fact, only 1% of people who use the mall just go out and hang out, according to a study.

This poses a problem for the city. Because the area lacks a sense of place, major retailers have refused to set up shop on the mall, people don’t want to visit outside office hours, and tourists regularly complain about the vibe.

“What is missing and what is in place that is not allowing this to happen?” Brad Buchanan, Denver’s director of community planning and development, asked in a recent interview.

The city and the Downtown Denver Partnership are investigating the matter. Suggestions have been made to move buses to another street, reroute the route around certain sections or stop buses at weekends.

My suggestion: a monorail.

“It’s like flying through the air,” said Kim Pedersen, president of the National Monorail Society, who lives in Fremont, Calif.

The monorail would avoid traffic and pedestrians and fly over the mall, freeing up space to become an ideal setting for lingering.

In the late 1950s, Walt Disney proclaimed the monorail to be the transportation of the future. Seattle built one for the 1962 World’s Fair. Las Vegas added a monorail for the Strip in 2004. But monorails in the United States are rare.

That’s not the case in Asia or other parts of the world, said Pedersen, who runs a monorail-centric website.

“A lot of places understood that it was a good race,” he said. “They are very efficient, quick to build, use far fewer construction materials than other rail systems, and are economical to operate.”

Pedersen, however, is biased. He even built a monorail in his backyard.

“I’m a monorailer,” he said. “A lot of kids go crazy for trains. I grew up crazy about monorails. I was convinced these were the trains of the future when Walt Disney told me.

Imagine a sleek, quiet monorail running down the 1.25-mile 16th Street Mall, stopping occasionally to let people out at intersections or to connect to the light rail.

The 53-year-old Seattle Monorail travels just over a mile between stops and remains popular, serving 2 million visitors a year. Seattle residents even voted four times to expand the monorail system and raise taxes to pay for it until they rejected the idea in 2005 due to a controversial financial plan.

To send a letter to the editor about this article, submit it online or see our guidelines for how to submit by email or mail.