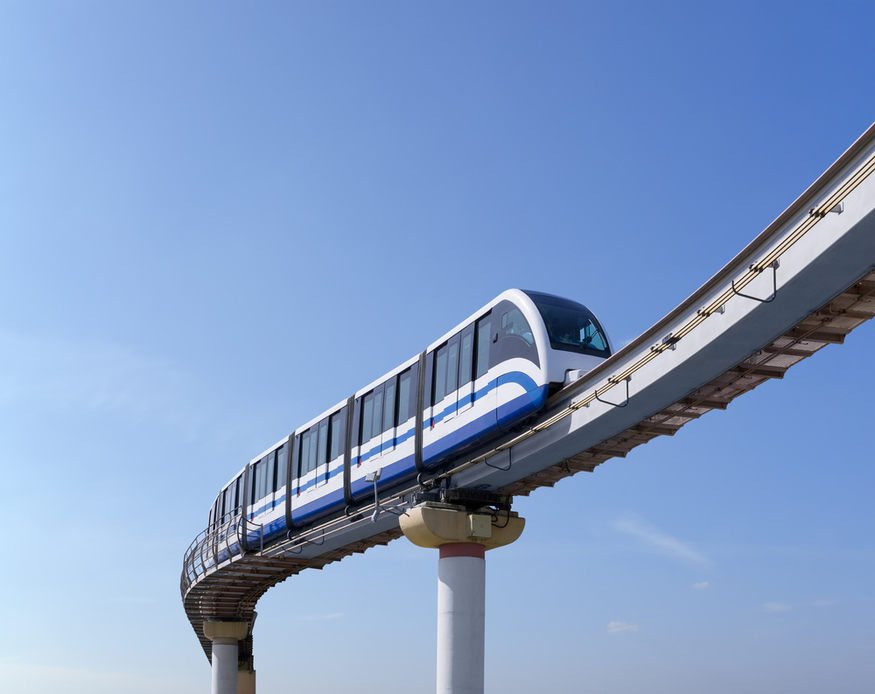 But as catchy as that tune is, it probably won’t be appropriate in London anytime soon. First a little background. You’re probably wondering why we’re talking about monorails in the first place. A story has started doing the rounds recently that Havering – yes, that remote part of east London that most people think is Essex – could get a monorail.

Like most of London’s outer boroughs, Havering suffers from a particular connectivity problem: inter-borough travel. Traveling between one part of the borough and another is not too difficult if they are both on the same line – such as the District line or the c2c – towards central London. But deviating from this line causes problems. This problem leads Havering to have the highest level of car ownership in London.

Speaking at the Thames Estuary Development Conference, Havering Council chief executive Andrew Blake-Herbert said the borough was looking at ways to tackle the problem. One of them: the monorail.

First, we need to say what’s on everyone’s mind. How awesome is that sound! Monorails are objectively the most enjoyable form of public transportation. Sleek cars suspended on a single track in the sky – that’s what everyone thought the future would look like in the 60s. Now is the time to burst that bubble. It will not happen.

Some form of light rail could eventually come to Havering and link different parts of the borough. It just won’t be a monorail. You see, there’s a reason monorails aren’t all the rage these days. It is the same reasoning that led Sydney to demolish its monorail in 2013. Monorails no longer make much sense today.

First, they are very expensive – you have to build a continuous elevated track for it to work. Second, the mono part of the monorail causes a lot of problems – if something goes wrong with that solo rail, the whole system fails. Most of what you want to achieve with a monorail can be done with trams, light rails or buses at a much cheaper rate. In an age where municipal budgets are repeatedly cut and proposed rail extensions are frequently canceled due to cost, no one will be willing to shell out money for a monorail just because it looks cool. .

Havering is currently undertaking high-level feasibility work examining the potential for a north-south public transport connection within the borough. The link would connect the two emerging housing areas of Rainham and Beam Park in Romford and provide connections further north to Collier Row and Harold Hill.

Part of the work to be commissioned this year will examine the financial viability of such a link, the potential of a new transit connection to generate investment, and more growth and jobs in the borough.

That’s about as elusive as you can get at the idea of ​​a monorail. The realization of a tram or another form of connection between the north and the south of the district is not guaranteed. But if that happens, it won’t be a monorail.

Oh and because it’s probably stuck in your head, here’s the monorail song from that Simpsons episode below.

If you have any monorail-inflected thoughts, let us know in the comments below.