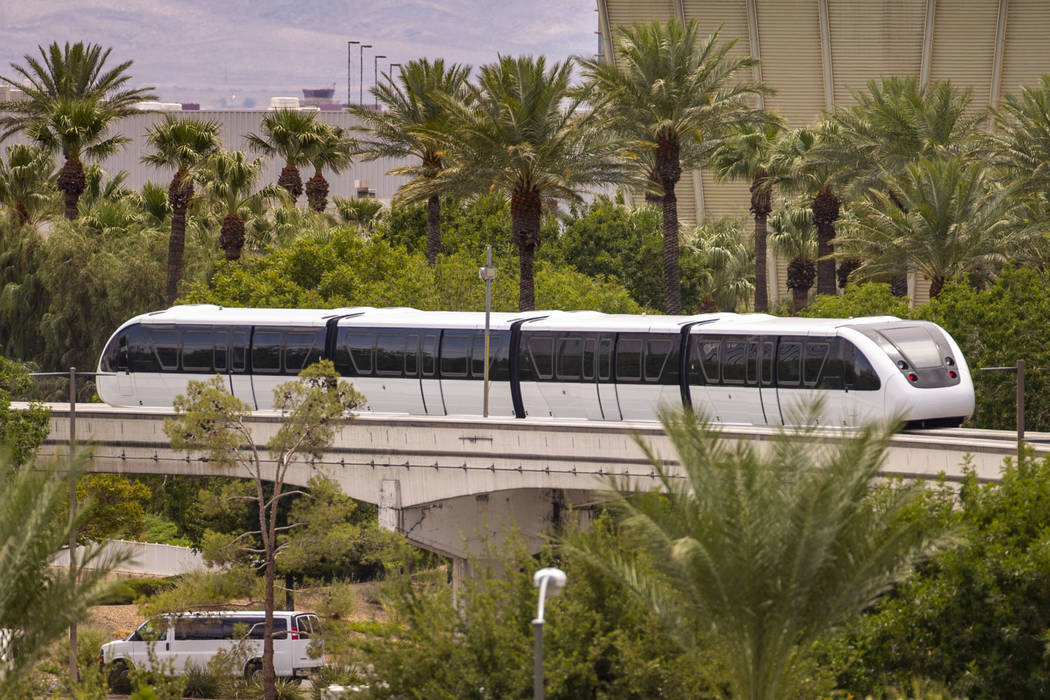 That assessment, obtained by the Review-Journal through a public records request, guided the governor’s decision not to sign a certificate allowing Monorail Co. to obtain up to $200 million in bonds tax-exempt to pay off existing debts, extend its route along the Strip by about a mile to Mandalay Bay and build new stations there and at the MSG Sphere, currently under construction at The Venetian.

“You can’t put something in there that won’t be economically feasible,” Sisolak told the Review-Journal after making the decision. “The study simply did not support the idea of ​​additional bonds.”

The Monorail Co. needed Sisolak’s approval to seek funding through a longstanding IRS rule that allows nonprofits to issue tax-exempt bonds in the name of the government. The decision required Sisolak to sign a certificate capping the amount of money the Monorail Co. could borrow from private investors and agreeing to the state taking ownership of the monorail system once its debts were paid off.

Sisolak’s office announced on August 16 that the governor would not sign the certificate, but gave no reason for the decision at the time. Sisolak’s comments and an internal email written by Michael Brown, director of the Nevada Department of Business and Industry, further informed the decision.

Hours before the governor’s decision was announced, Brown wrote to Sisolak General Counsel Brin Gibson that the impact of ride-sharing companies “makes it unlikely that the necessary ridership will materialize to support the monorail, even with the addition of the two proposed stations. ”

Monorail Co. President and CEO Curtis Myles said the expanded system with two new stops serving the MSG Sphere and Allegiant Stadium would be sustainable, despite doubts expressed by Sisolak and Brown.

“LVMC, its partners and its lenders have studied the economics of the project(s) for the past two years and believe that not only is it feasible, but it will improve mobility and relieve congestion in the resort corridor at as major infrastructure projects come to fruition,” said Myles.

Uber and Lyft have already hurt the system’s ridership revenue. The Monorail Co. blamed ride-sharing companies for ticket sales over the past two years, down millions of dollars from projections.

The monorail isn’t the only local transportation system that has suffered because of ride-sharing companies.

Revenue from public buses has fallen 29% over the past five years, according to the Southern Nevada Regional Transportation Commission. Taxi ridership is also declining as Uber and Lyft grow in popularity, according to data collected at McCarran International Airport.

“It’s a growing and compelling presence,” RTC CEO Tina Quigley said of ride-sharing services. “While we project our numbers into the future, we don’t expect this activity to plateau anytime soon.”