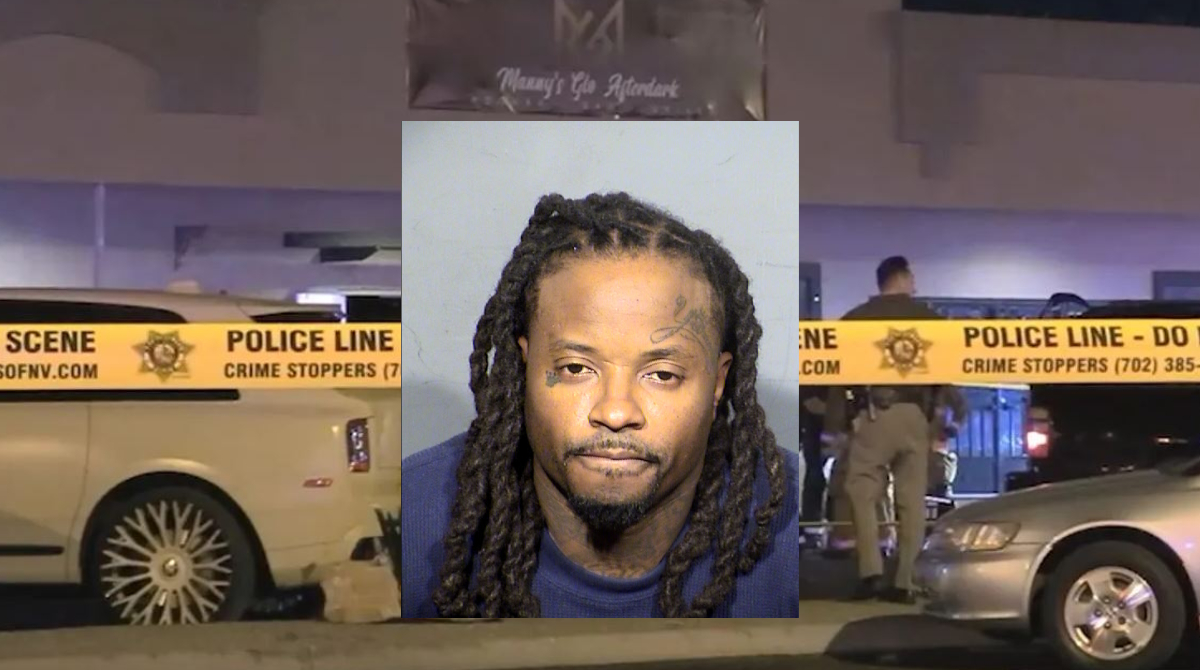 The shooting happened around 3:15 a.m. on Saturday, February 26 at Manny’s Glo Afterdark Lounge on East Sahara Avenue near Maryland Parkway. At one point, a fight broke out between several people. At least one attendee was a known gang member, police said.

Demetreus Beard, 33, died from multiple gunshot wounds. Thirteen other people, including the man accused of shooting him, Lee Wilson, 44, were injured.

Several people pulled out guns during the scuffle, resulting in Beard’s death and a dozen injuries, police said. Wilson is the only named shooter.

Police learned that Wilson had been taken to a local hospital, but he refused to provide a statement to police, they said.

Detectives determined the shooting started in a VIP area, which consisted of several couches, tables and booths. They located 25 casings in the area. There were also bullet holes in the walls, a table and sofas, police said.

Investigators then found video of Wilson at a pre-birthday party at the show. A witness later identified Wilson as the person in the video and as the individual he had seen in the hookah lounge at the time of the shooting.

Police then examined surveillance from inside the hookah lounge, showing the altercation and people running as shots were fired.

Wilson faces one count of open murder and 12 counts of attempted murder with the use of a deadly weapon. He told a judge he had been shot six times in the exchange of gunfire.

During his first court appearance, a prosecutor said Wilson had an extensive criminal history dating back to 1995, including 82 arrests and nine felony convictions.

The county suspended the salon’s license after the shooting. When police notified the county of the shooting, it was learned that the lounge was serving alcohol and hookah and operating as a nightclub, all without the proper licenses.