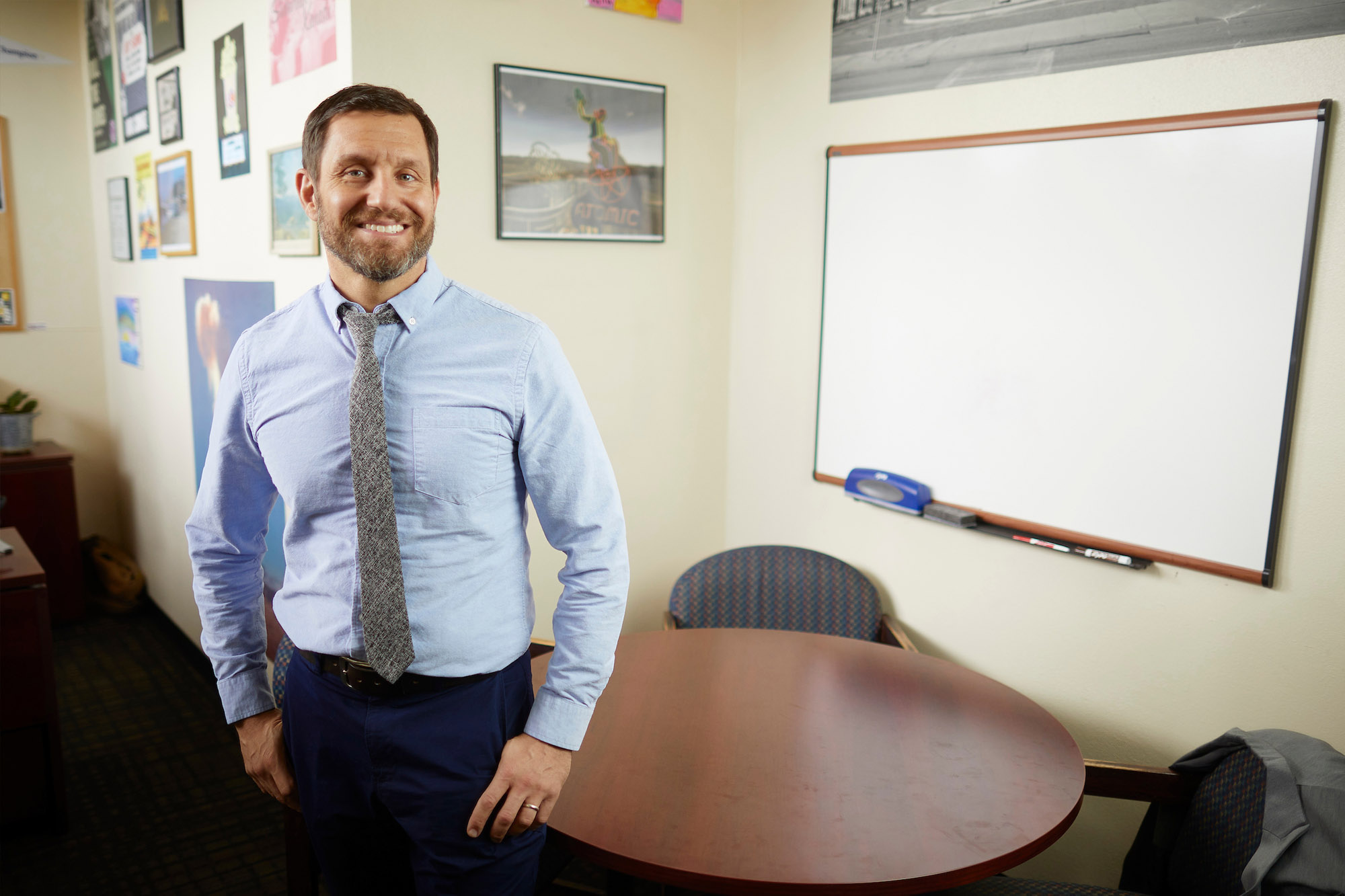 On the opening day of the Lied Library in 2001, David Schwartz came to UNLV from the springsteen country and wheelchairs, Atlantic City. Until 2018, Schwartz was director of the Center for Gaming Research at University Libraries.

His status as a gaming historian is unprecedented as author or publisher of 11 books such as Roll the bones, a complete return on the history of the game from the dawn of time to the present day; Grandissimo: the first emperor of Las Vegas, the story of Caesars founder Jay Sarno; and his most recent, At the Sands: the casino that shaped classic Las Vegas, assembled the Rat Pack, and stormed off.

Today, Schwartz serves as the university’s ombudsman, an office that seeks to resolve conflicts wherever they arise among university employees. Ombuds week kicks off today with an open house from 10 a.m. to 3 p.m. in room 165 of the Flora Dungan Humanities building.

Other Ombuds Week activities Netflix series discussion The chair from 4 p.m. to 5 p.m. on October 12 at the Faculty Center, room Beam Hall 235 (or via Zoom); a conflict styles role play where people can participate in conflict scenarios over two sessions also at the Center of the Faculty; and a board game break from 12 p.m. to 2 p.m. on October 15 with Tina Vo.

What made you want to become a university ombudsman?

Being here for over 20 years, I wanted to find a way to give back to the people who run this university. When the president [Keith] Whitfield announced he was reviving the office in his State of the University address in 2021, I immediately knew I had to apply. It is an honor to be able to serve the university in this way.

What is the role of an ombudsman?

Above all, I am here to listen. When people find themselves in overwhelming situations, their frustration is often compounded by the feeling that no one cares what happens to them. For those who have dedicated their professional lives to our university, it can be devastating. I want to give those who feel stuck like this a place where they can talk about what’s stopping them from doing their best job.
I can also help people understand their options and think about the best way forward.

Then I can provide one-on-one coaching on how to turn destructive conflict into productive conflict and how to have difficult conversations. I also do group training and coaching, focusing on communication, leadership, conflict and workplace expectations.

The ombudsman’s office also has a mediation practice. When people can’t agree on how to move forward, we provide them with a structured but informal channel for them to have a guided discussion on how they can resolve their issues. Since we use a facilitative mediation model, mediators are there primarily to keep the conversation on track. The parties themselves are proposing the resolution, which means they both have an interest in making it work.

What should faculty and staff know before submitting an issue to the Ombudsman’s office?

First and foremost, that the office will maintain confidentiality. This means that, unless someone reports a risk of serious harm, I will not share what they say. It also means that if someone wants to file a notice with the UNLV, they won’t do so through the ombudsman’s office (since we don’t share anything they tell us). Second, while I may not be able to “solve” your problem for you, I can point you to resources that you can use to resolve the problem and help you discuss your options.

The ombuds are there to advocate for fair processes and fair procedures and to help each member of our community to advocate on their own behalf.

I think there are three aspects to this. The first is to recognize your emotions. Admit to yourself how you are feeling and try to determine why you are feeling that way.

Before you speak, think carefully: â€œIf someone else said what I’m about to say to me, how would I respond? If you think what you are saying might make you angrier, chances are it will make the other person angrier as well.

The third is to think about what result you ultimately want and how best to achieve it. While it might feel good in the moment to say something that cuts the other person off, will it really help you achieve the best outcome for either of you?

After cruising through very busy environments, how do you personally go about knocking it down at the end of the day?

I try to stay in shape, doing some running, weight training and yoga most of the time. I also train Brazilian jiujitsu, a martial art that I think has some relevance in conflict resolution, at least as I imagine. Jiujitsu is known as the “soft art” because, like in judo, the main concept is not to face strength with strength, but rather to use balance and technique to achieve your goal. .

The same can be true in the way we negotiate or handle conflict: instead of trying to intimidate or intimidate the other person (force on force), why not try to understand them better to learn how. you find common ground (technical)?

Other than the present, which era in Las Vegas history would you most like to experience?

I think that the 50s and 60s would be the most interesting because we could see a city find its raison d’Ãªtre and open up to new horizons. At some level, obviously, it’s about the growth of the gaming and hospitality industry, but the process of making this industry more inclusive is, to me, just as important.

Reopening of the Cosmo rink on the Strip