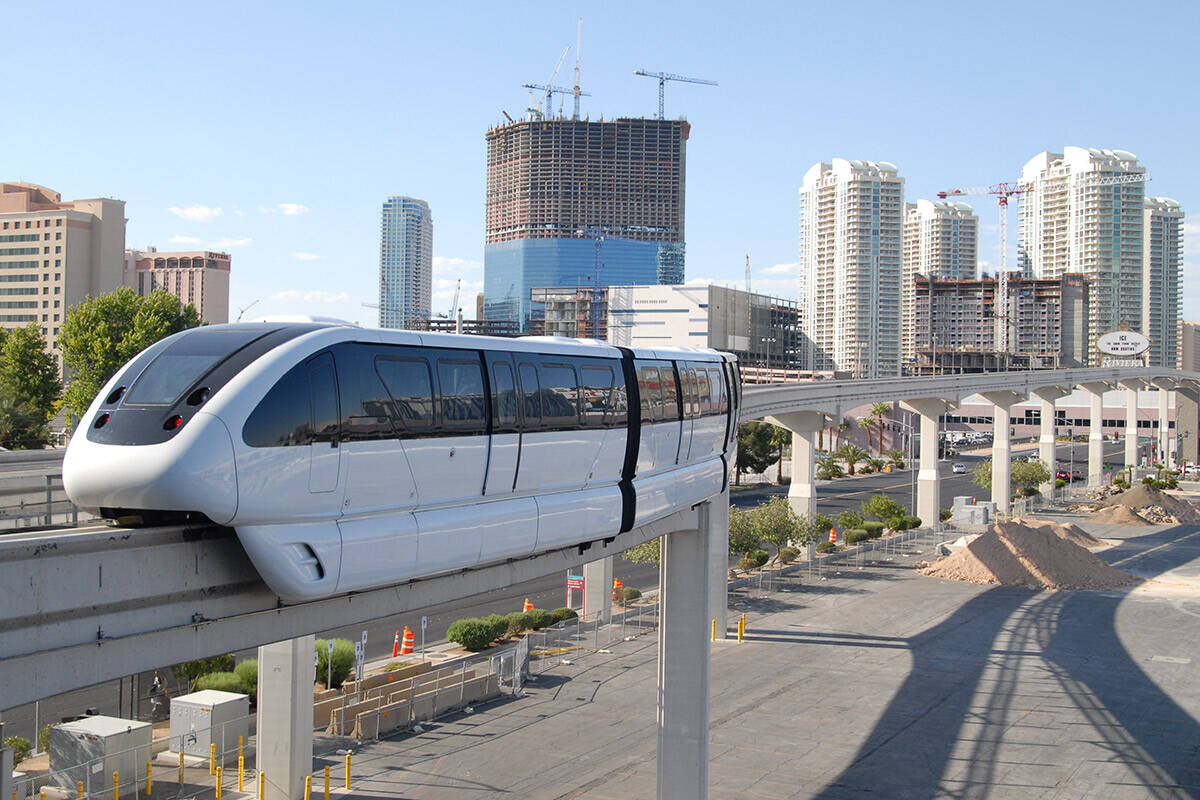 In a city where the key to success is luck, the Las Vegas Monorail has lacked it since its inception.

The monorail began in 1993 as a joint venture project between MGM and Bally’s, and in 1995 the 1-mile track was opened with Mark IV monorail trains from Walt Disney World.

Eight weeks later, a piece of metal fell from a train’s driveshaft and struck a power rail. A week before, a wheel fell off a train and landed in a parking lot. The monorail was temporarily shut down, and Clark County officials ordered the monorail to perform careful inspections and empty rail testing for several weeks before allowing the rail to resume public operation.

The monorail lost $85,000 a day during the shutdown. It resumed its activities in December of the same year.

In 2010, Las Vegas Monorail filed for bankruptcy, with Las Vegas Monorail general manager Curtis Myles citing the Great Recession as the reason for declining revenues. Myles said in his court filing that while the monorail was able to use the revenue to cover monorail operations, it could never generate enough to cover its debt. It used money from its seed funding and debt service reserves from 2004 to continue operating, but eventually exhausted those resources.

In May 2011, the Sahara closed, further impacting the monorail’s already dwindling ridership. However, the opening of SLS Las Vegas in 2014 boosted ridership to pre-2012 levels.

Plans for two monorail stations by the MSG Sphere and Mandalay Bay were submitted to Clark County in 2018 which would have extended the monorail to 5 miles with nine stops, but were discontinued in 2020 due to the COVID-19 pandemic. 19. The monorail also remained closed from March 2020 to May 2021.

When the monorail closed in 2020, the Las Vegas Convention and Visitors Authority bought the monorail out of bankruptcy for $24.26 million and inherited its debt. The purchase of the monorail gave LVCVA control of a non-competition agreement that prohibited a competitor from entering the resort corridor on Las Vegas Boulevard, creating a pathway for Elon’s Vegas Loop development. Musk’s Boring Company. The purchase was also made because the LVCVA needed a transportation system to the Las Vegas Convention Center from the Strip.

LVCVA President and CEO Steve Hill told the LVCVA Board of Directors in 2020 that the monorail system could become obsolete within 10 years because the monorail train maker no longer manufactures the cars.

This year, the monorail saw success with the NFL Draft in April, as many fans chose to use the monorail to travel along the Strip. For fiscal year 2022-23, LVCVA plans to spend $2 million to maintain both the Las Vegas Monorail and The Boring Co’s underground transit system out of its $398 million budget, with monorail expenses being paid exclusively with the tariffs.

Brandee Evans age: How old is the Mercedes star of P-Valley? | Television & Radio | Showbiz and television

93% prefer rail tunnels, not an overhead monorail, for the Sepulveda Pass mega…