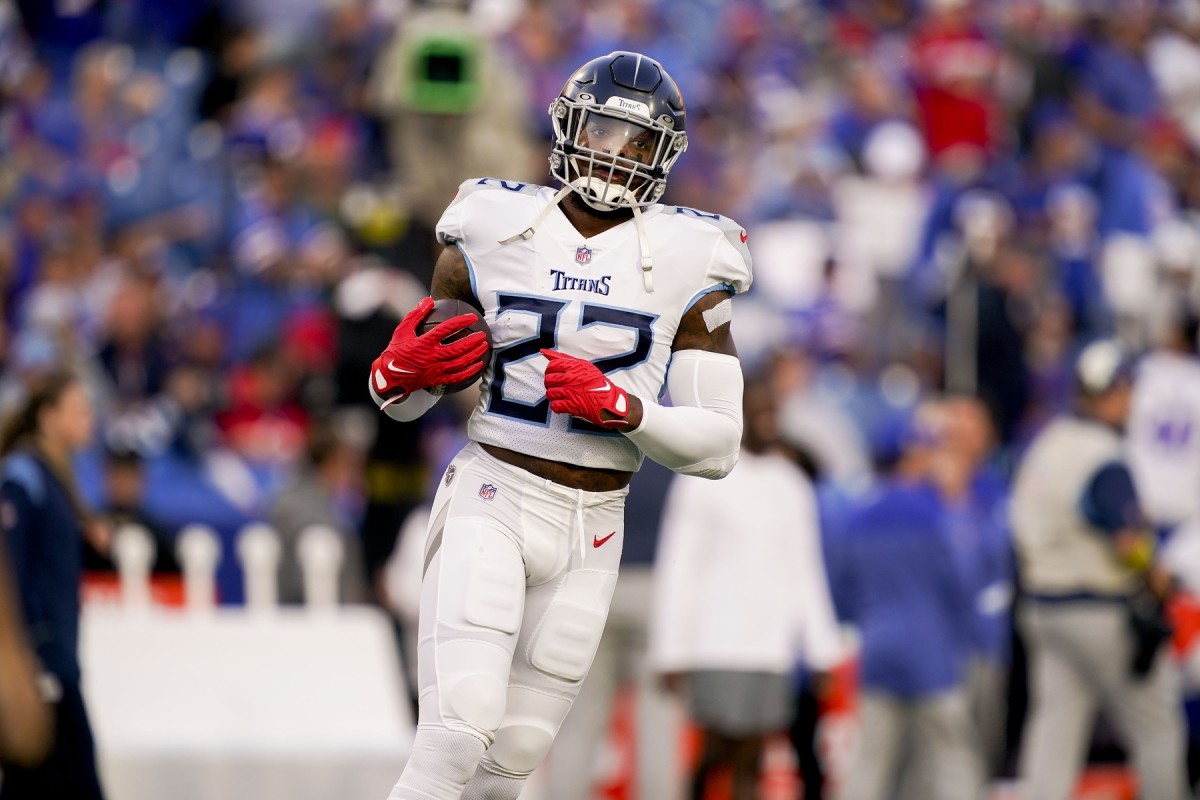 Now 0-2 after collapsing against the Arizona Cardinals, the Las Vegas Raiders enter their next game in a can’t-miss situation.

They will face another 0-2 team in the Tennessee Titans after being eliminated in their Monday Night Football game against the Buffalo Bills, 41-7.

Earning the number one seed from the AFC last year with a 12-5 record, the Titans didn’t look like that same team in their Week 1 loss to the New York Giants.

After missing the last half of the season with an injury, star running back Derrick Henry looked deadly, finishing with just 82 rushing yards on 21 carries.

It’s only been one game, but now, at 28, Henry is reaching the point where you often see running backs start to crumble.

That could put more of the offense on quarterback Ryan Tannehill’s shoulders, which has led to mixed results in the past.

Without Henry’s support for much of last season, Tannehill threw 14 interceptions, more than he had thrown in the last two seasons combined.

What really drove the Titans to the AFC’s best record last season was having the sixth-best defense last season.

Tennessee managed to hold off high-powered offensive teams like the Kansas City Chiefs and Los Angeles Rams in some of their worst outings last season.

That comes from having a front-seven led by defensive tackle Jeffery Simmons who can cause consistent pressure and a secondary that features one of the best defensive backs in the NFL in Kevin Byard.

Going into this season, however, the Titans don’t seem to have quite the same depth as last year.

They traded Pro Bowl wide receiver AJ Brown in the offseason and lost their best point rusher in outside linebacker Harold Landry all season to injury.

That puts the spotlight on players like Henry and setter Bud Dupree to have years of rebound to make up the difference.

Otherwise, the Titans could fight to fight back in the AFC South and make the playoffs for the fourth straight season.