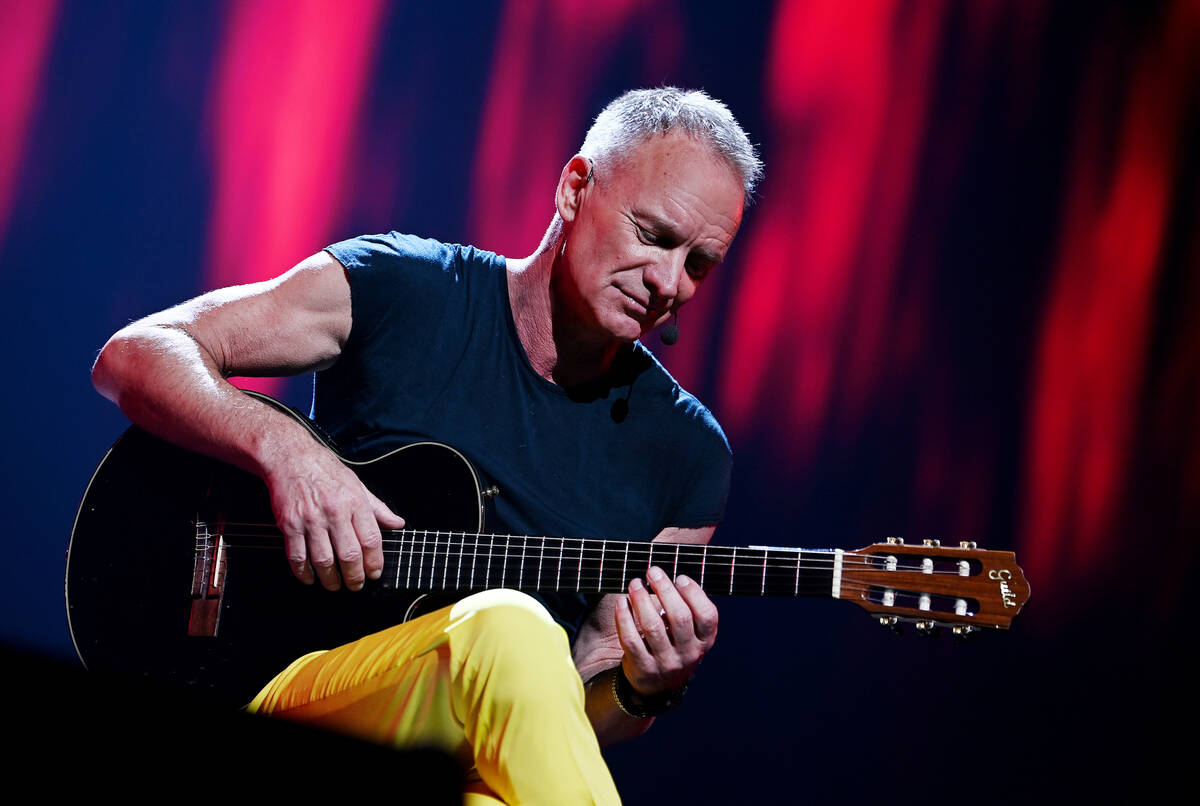 Sting in ’23 happens on the Strip.

The rock superstar has added six shows next April to his “My Songs” residency at The Colosseum at Caesars Palace. Dates are April 1, 2, 5, 7, 8, and 9, on sale at 10 a.m. Friday at Ticketmaster.com. Sting’s next shows are Wednesday, Friday and Saturday (tickets start at $59, plus fees).

The series debuted in 2021. In the Vegas-designed production, the 70-year-old Police co-founder performs “Roxanne,” “Message In A Bottle,” “Every Little Thing She Does Is Magic” and “Every Breath You Take,” as well as several fan favorites from his solo career. He also performs selections from his latest album, “The Bridge”.

The show is booked through Caesars Entertainment’s exclusive partnership with Live Nation.

Sting has also been spotted at productions on the Las Vegas Strip, visiting Carrot Top and “Fantasy” on the same night last week. He was reportedly perplexed by Carrot Top’s stage outfit and liked “Roxanne” in the “Fantasy” lineup.