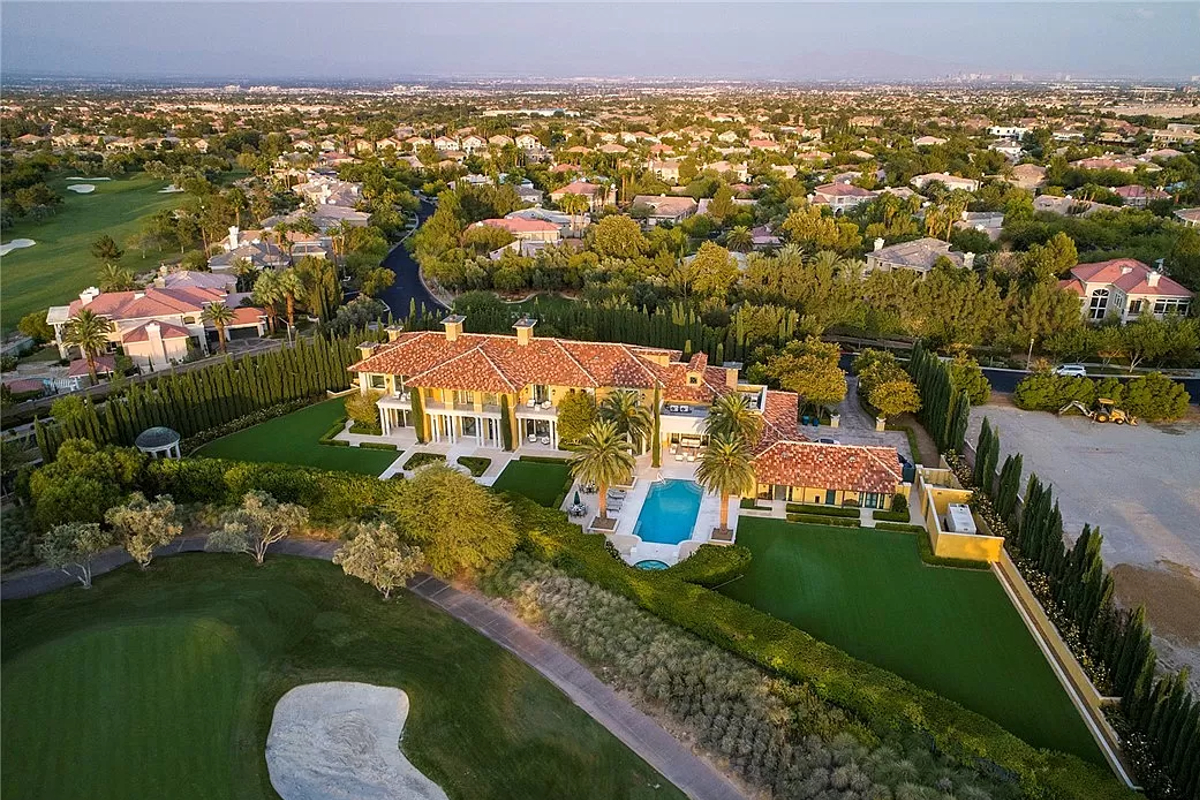 Steve Wynn disassociated himself from the Las Vegas gambling industry in early 2018. This was following an end-of-career report published in The Wall Street Journal which detailed numerous allegations of sexual misconduct committed by the casino mogul. But it wasn’t until recently that the 80-year-old fully divested his investments in southern Nevada.

Wynn resigned from Wynn Resorts and sold his entire stake in owner-operator Wynn and Encore Las Vegas in February 2018. He no longer has any control or ownership in his namesake company.

Wynn moved to Palm Beach, Florida shortly thereafter. But he struggled to find a buyer for his mansion in the affluent community of Summerlin in Las Vegas. the Las Vegas Review-Journal reports that the billionaire has finally sold his pad at 1717 Enclave Court in the prestigious TPC Summerlin neighborhood.

The 15,000-square-foot, six-bed, 11-bath estate has been on and off the market for over a year. The listing price was firm at $24.5 million. Zillow shows the listing as “under contract” and the RJ says Wynn representatives have confirmed that a sale agreement has been reached.

However, Wynn’s listing agent – Kristen Routh-Silverman of Corcoran Global Living – declined to provide further details, such as the identity of the buyer or the price. But she said the deal was an all-cash offer.

In addition to the high purchase price, the new buyer will have to pay monthly fees of $1,275 and annual property taxes which totaled $72,000 last year.

Wynn selling in the middle of a hot market

Steve Wynn’s fortune remains north of $3 billion, according to financial outlets like Forbes estimate. The former casino manager has taken a liking to luxury real estate since leaving the gaming business.

Along with its Summerlin sale, which Routh-Silverman says will close in late May and details of which will be released later, Wynn recently flipped a 6,700-square-foot Palm Beach estate at 1040 N. Lake Way. After acquiring the property in early April 2021 for $24 million, Wynn found a buyer for $32 million.

The property has undergone a makeover apparently led by Wynn, as the house listing certainly has the decor and theme commonly found at Wynn’s five-star casino resorts. Wynn is reportedly working on his house-flipping plans with Roger Thomas, his longtime interior designer who helped dream up the casino mogul’s luxury properties.

The N. Lake Way property isn’t Wynn’s only success in Palm Beach. The billionaire has won around $5 million on another Palm Beach property just three months after it was acquired. Wynn sold the newly built home at 235 Via Vizcaya for $23.68 million last May after buying it for $18.4 million in February.

One of the largest and most expensive private residences in the entire country, the current asking price is $100 million. That’s down from the $125 million announced last year.

The abode sits on three acres — almost unparalleled in Beverly Hills — and spans more than 27,000 square feet. The 11-bed, 16-bath resort is described by listing agent Fred Bernstein of the Westside estate agency as a “spectacular generational estate envisioned by a master who takes luxury to the next level.”