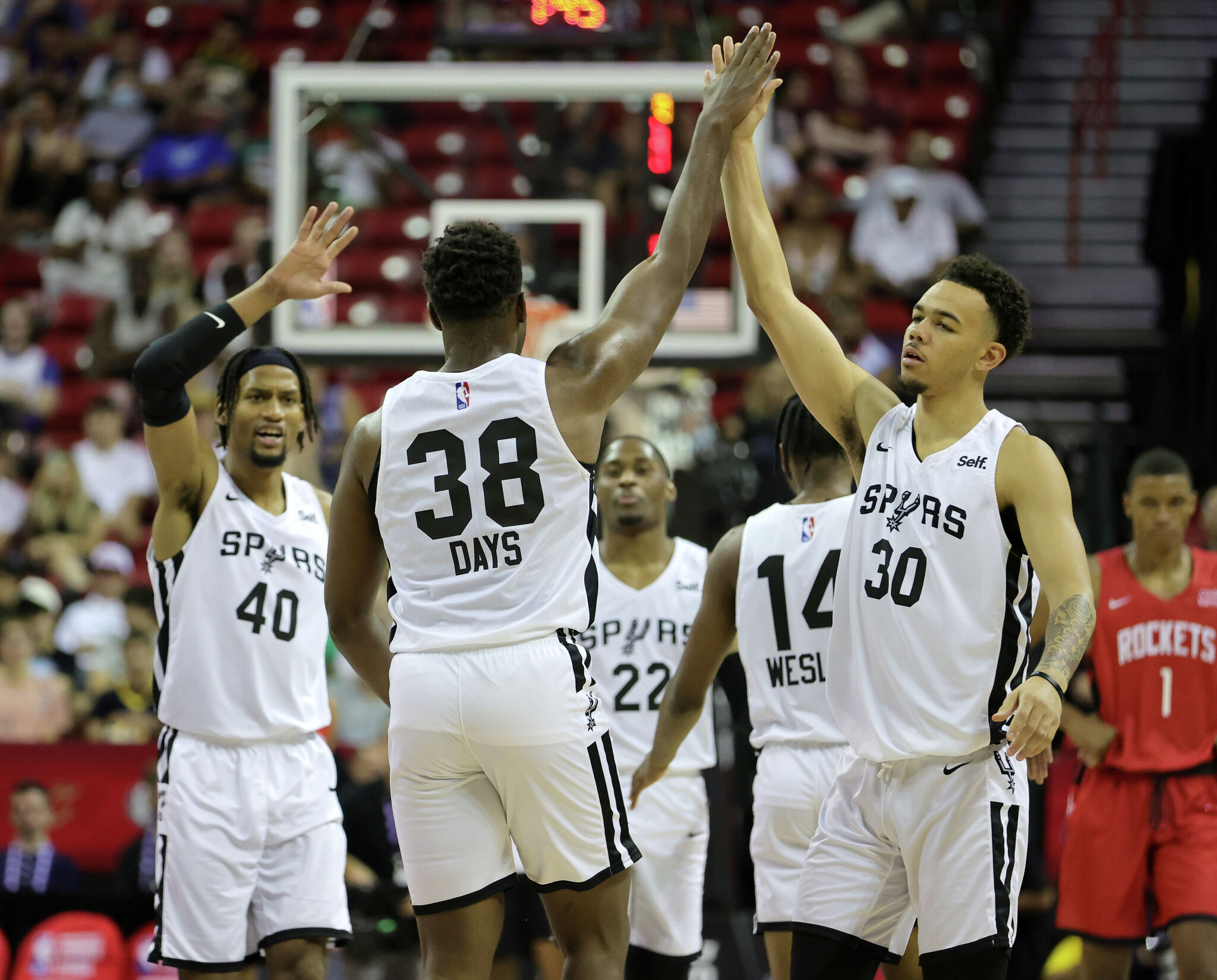 The young guns San Antonio Spurs came away with a 90-87 win over the Memphis Grizzlies on Saturday, July 16, to cap off their Las Vegas NBA Summer League experience. The Silver & Black finished with a 1-4 record in their five Summer League games.

While the trip to Sin City didn’t end with the championship game in San Antonio, the 10-day excursion to the entertainment capital of the world saw our young bucks get acquainted with all things Vegas.

Whether from my advice, or perhaps a one-time coincidence, Spurs shared a short video on social media on Saturday of this year’s three first-round picks – Jeremy Sochan, Malaki Branham and Blake Wesley – enjoying a nice little stroll around the Las Vegas Strip.

On a day off this week our rooks had the full Las Vegas Strip experience with a bus tour and we followed! 🎰🚌🎥#SummerSpurs | #PorVida pic.twitter.com/OzFZlRzC6m

The one-minute, 27-second video featured the trio talking about all things Sin City, including their past experiences playing AAU basketball and who they would like to see play live at a show in Las Vegas. (Sochan chose the late Michael Jackson). While no word has yet been released if the three also had time to check out the little fish at the Mandalay Bay Hotel, the group seemed to be keeping busy, according to social media.

On Wednesday July 13, the rooks met Jaysse Lopez, owner of Urban Necessities in Las Vegas. They got a behind-the-scenes look at his store where he hosts segments on life in the sneaker industry and unique sneaker mics.

it was hot outside, but the kicks at Urban Necessities were warmer??🤩

The recruits were treated to a behind-the-scenes tour of the two-story store by the owner @twojslicks! pic.twitter.com/aRt4cLq3NK

As a new NBA player and celebrity, Branham focused on finding time after a contest to sign some autographs for some young Spur fans.

He, alongside Sochan, may have had the moment of the weekend off the pitch after this short clip between the pair surfaced online talking about potential Spurs trade target Russell Westbrook.

If the nine-time All-Star goes to Alamo City, hopefully he holds no grudges against the 19-year-old rookies. But overall, the 10-day trip to Las Vegas was eventful for new San Antonians. Both current and former Spurs have been having fun and making guest appearances and the young guys look set to kick off their NBA careers.