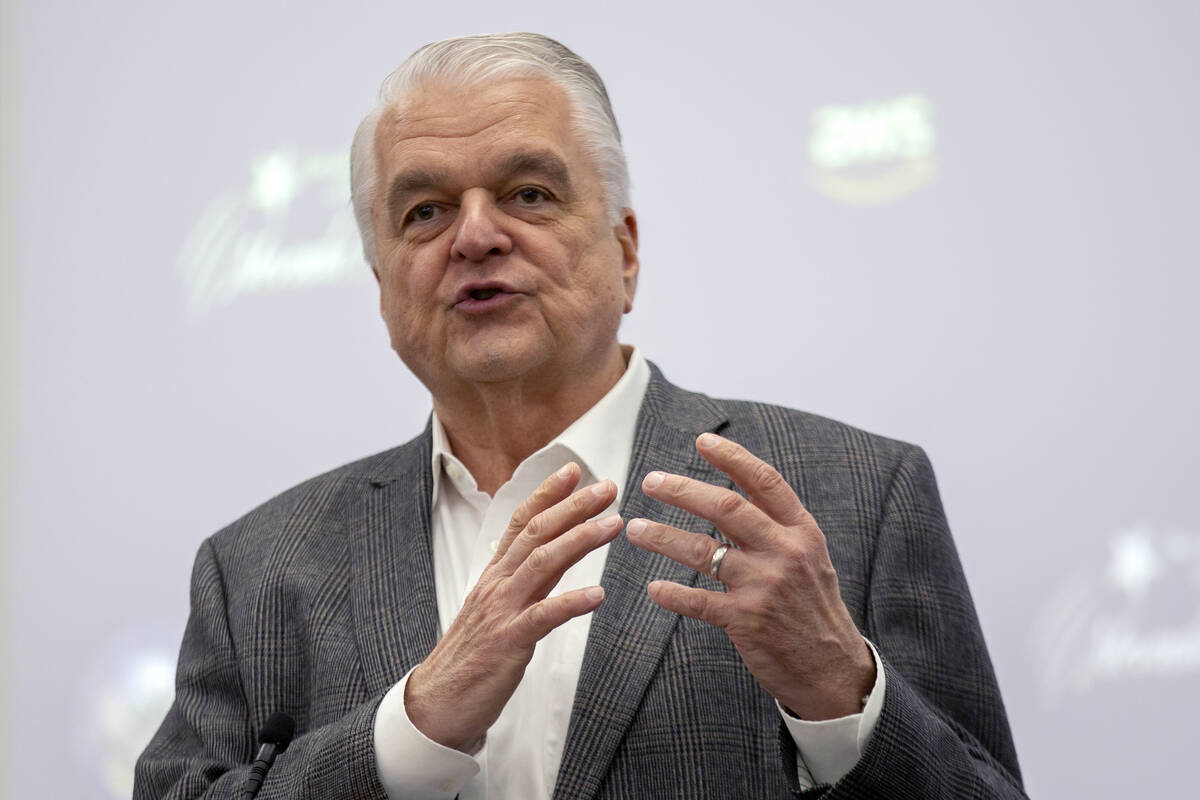 It’s amazing how many politicians are willing to run away from their own record as an election approaches. Consider Governor Steve Sisolak.

“It’s tax day, so I thought it was a good time to remind you: Since I’ve been governor, we haven’t raised a dime in new taxes on the people of Nevada,” did he declare. tweeted recently. “Not. One. Penny.”

It was not the first time he had made this claim.

“Since I’ve been governor, we haven’t raised a dime in new taxes on the people of Nevada, not a dime,” he said during this year’s off-the-record state of the state address. .

It sounds good, but there is a slight problem. It’s not true.

In 2019, Mr. Sisolak signed a bill extending the rate of the amended business tax that was supposed to drop. He also signed another bill that extended DMV fees that were set to expire. Combined, these bills were expected to bring more than $100 million in revenue to the state government.

Senate Republicans filed a lawsuit, but that did not stop the tax measures from taking effect. Nearly two years later, the Nevada Supreme Court agreed that the bills had been passed illegally.

“Because both bills create, generate, or increase public revenue in such a way that the plain language of the supermajority provision applies, the district court correctly determined that they were unconstitutionally passed in the Senate with less than a supermajority vote,” Chief Justice James Hardesty wrote for the court.

The court’s decision was correct and obliged the state to reimburse these illegally collected taxes. It doesn’t change the fact that the governor tried to raise taxes on Nevadans from what they would otherwise have been.

But Governor Sisolak raised taxes again in 2021, signing a bill increasing the mining tax by hundreds of millions of dollars. At the time, he bragged, “This money will benefit every educator, every student, and every family. Now he wants to pretend that didn’t happen.

Perhaps the governor’s defenders will argue that there is a distinction between taxing businesses and taxing Nevadans. But corporations are not magic money trees from which politicians can shake hundreds of millions of dollars without influencing the wider economy. Higher taxes on those doing business in the state will eventually be passed on to residents. When Sisolak raised taxes, he generated additional revenue for the “people of Nevada” government.

To claim otherwise is sheer duplicity.

Four Coachella Valley prospects hope to get the call