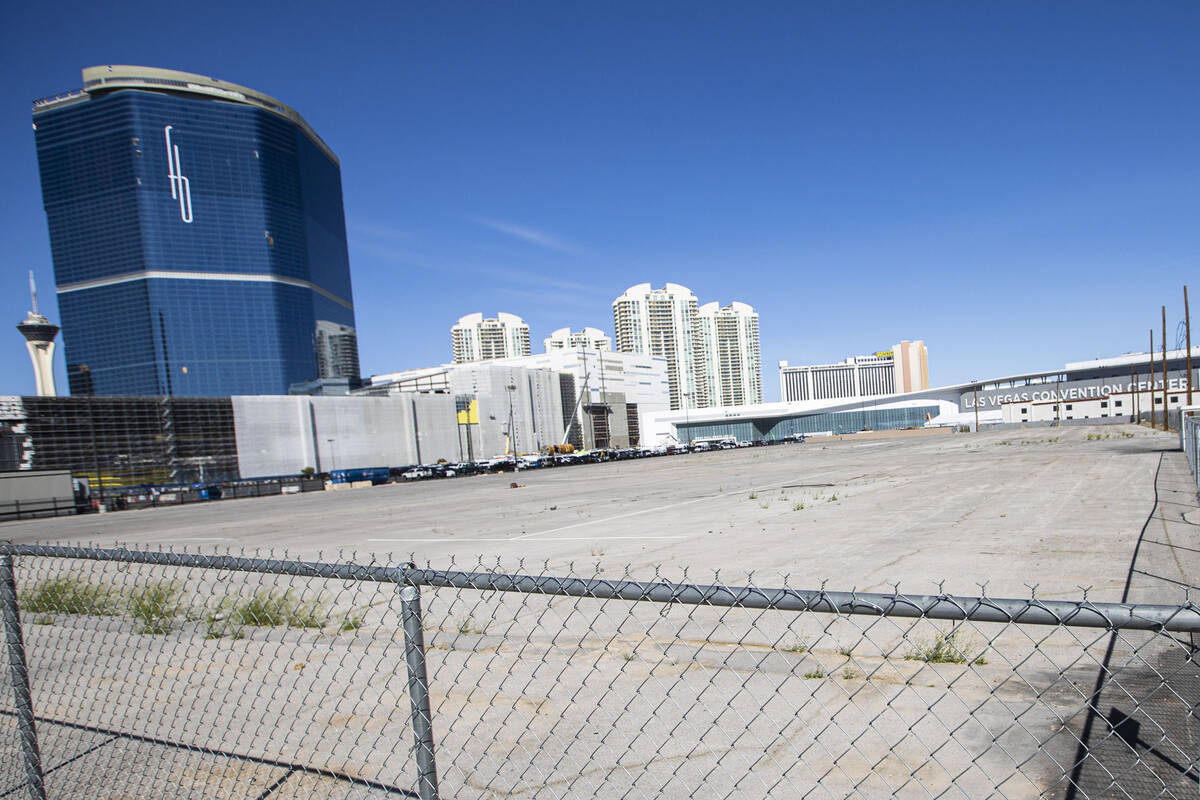 The Siegel Group operates a popular grocery store on Convention Center Drive. The company has now purchased land sandwiched between several prime properties on the Strip.

The Las Vegas-based company has acquired 10 acres just across the Strip from Resorts World Las Vegas, north of Encore/Wynn Las Vegas and south of Fontainebleau. The company closed the deal on Monday afternoon.

Founder Stephen Siegel is currently reviewing hotel-casino concepts in this prime neighborhood, which he dubs “The Last Great Lot Available on the North Strip.”

“We have waited years to acquire a large piece of land on the Strip and have been monitoring this site for a long time,” Siegel said in a statement. “When this opportunity presented itself, there was no doubt that we had to buy it. This is a phenomenal property that will one day soon have development worthy of such an irreplaceable location on the Las Vegas Strip.

Those walking out of Peppermill after a night out immediately recognize the open site, as it is just beyond the parking lot of this restaurant. The plot also takes up land once occupied by the iconic La Concha Motel, whose futuristically designed former lobby is now the visitor center of the Neon Museum.

The Siegel Group’s long-term options include a hotel-casino, multi-family apartments, a condo tower and retail outlets. It is too early for a name to be assigned to any of the projects. But it’s not too early to know that a Vegas company is now operating among multi-billion dollar resorts.

The private company points out that it carried out the transaction without the intervention of an outside lender. As a result, Siegel’s team is working to their own schedule to plan the pitch. Siegel said the seller received several higher offers than his company. But the Siegel Group made the purchase because it could close quickly with an all-cash transaction in just 45 days, using trade proceeds from recent sales.

Widely known for its dozens of extended-stay properties, Siegel Group has been busy in off-Strip deals. In late March, the company sold boutique hotel Artisan for $11.9 million to Pro Hospitality Group owner Alex Rizk, who manages the “cannabis-friendly” Clarendon resort in Phoenix. Siegel also sold the Resort at Mount Charleston for $4.6 million in 2018 and owned the Gold Spike in downtown Las Vegas for a time before selling that property to the Downtown Project in 2013.

Siegel is a rarity among Las Vegas Boulevard operators to independently own a hotel-casino property, joining Treasure Island and Circus Circus owner Phil Ruffin on the Strip and Vegas icon Michael Gaughan to the south at South Point.