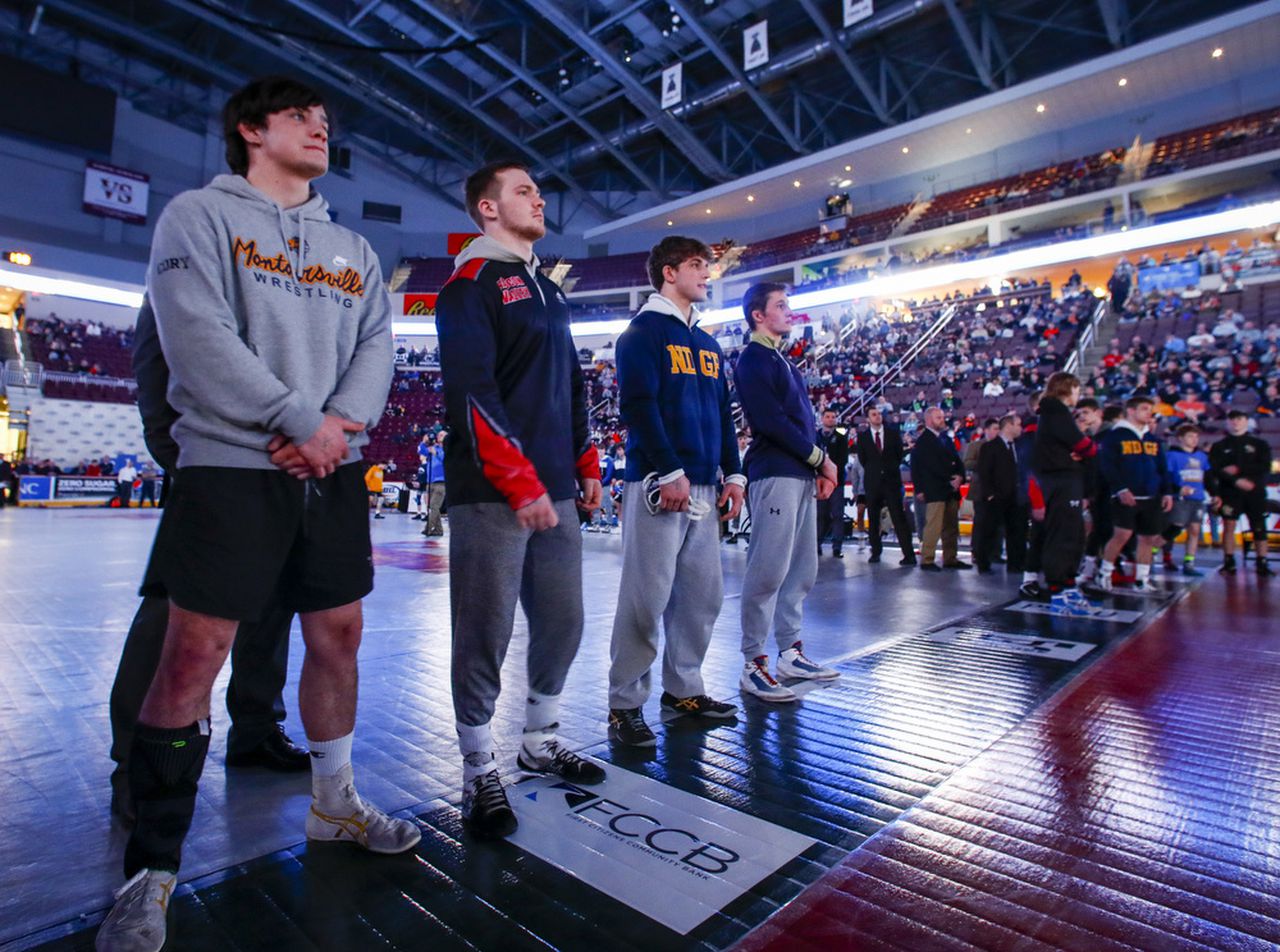 The realization hit Jake Jones at the same time as the spotlight.

“In the middle of the run, I realized right away that I had been dreaming about it for a very, very long time,” Jones said of Saturday’s 2A Champions Parade. “This (the state tournament) is probably my earliest wrestling memory, my favorite part of the year. I remember my dad taking us outside… When my brothers started high school, we started going out on Thursdays to watch the whole thing.

As a youngster, the Saucon Valley High School junior was wowed by the spectacle that accompanied the final day of the PIAA Individual Wrestling Championships.

“Finals was definitely the best part, watching the parade of champions and watching all my heroes,” said Jones, whose older brothers Josh and Jason were both state qualified. “I remember after every final game I was trying to get everyone’s autograph after I won.”

Jake Jones lived part of his dream Saturday afternoon at Hershey’s Giant Center. The rest will have to wait.

The Panthers junior was pinned by Frazier sophomore Rune Lawrence in the 172-pound final of the 2A tournament.

Lawrence, who won a state title at the same weight last winter, had a 9-0 lead after two periods and secured the fall in 4:43.

“He’s really big. It was really hard to get my under hooks,” Jones said of Lawrence, whose brother Thayne was a two-time PIAA champion and lost an all-time classic to Notre Dame’s Andrew Cerniglia in the final. 2020. “Hands down, he’s probably the strongest kid I’ve struggled with all year – maybe even all through high school, except Gavin Garcia (from southern Colombia) last year. He was incredibly strong, and it was very difficult to get to what I had to do.

Jones qualified for the States in each of his three seasons and ranked fourth at 172 as a sophomore.

“My goal this year was to do better than last year. In the grand scheme of things, I achieved that goal,” he said. “Of course I want to be state champion. I guess all of this is a stepping stone in the process of becoming a state champion one day.

Jones’ next competition will be in a slightly more exotic location than Hershey. He will participate in the Tallinn Open in Estonia.

“It definitely makes me want more,” he said of his runner-up finish. “In a week and a half I’m battling overseas in a freestyle and greco competition, Europe’s biggest tournament for young people…I’m excited to be back over there and competing and m ‘to improve.”

Then there’s the US Open in Las Vegas.

First, Jones, who helped the Panthers win the PIAA 2A dual-competition title, can pick up a pace to take advantage of the remarkable individual and tag team campaign just wrapped up.

“It’s definitely been a great season,” Jones said. “…It didn’t end the way I wanted, but I’m happy with everything that happened this year. I created good memories with the coaches and teammates.

Our journalism needs your support. Please subscribe today at lehighvalleylive.com.

Kyle Craig can be reached at [email protected].

A show of Ukrainian stars is coming to the Strip

Silk Sonic is back on the Strip, just like the 70s