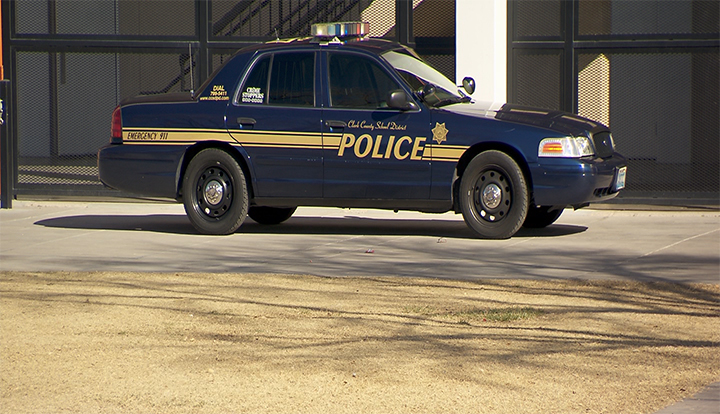 LAS VEGAS (KLAS) — From bringing possible weapons to school to group fights on campus to two lockdowns that had to be enforced at Desert Oasis High School this week.

At Thursday night’s school board meeting, many parents and teachers expressed the need for change.

Community and school leaders calling for increased school safety and student discipline at Thursday’s board meeting.

Tommy Burns, a police and security consultant, has watched what is happening in schools and agrees security is in desperate need of a boost.

“I think the school district needs to look at putting more school police on those campuses, which means they need to increase their numbers because obviously there’s a problem,” Burns said.

The incidents at Desert Oasis High School this week are one of them.

“Even though they have to mix some security with that, private security with school police to try to stop some of the issues that we’re having,” Burns added.

Fred Hutchison is a retired SDCC police officer and parent and says he would like to see more security features installed to ward off intruders.

“Not enough cameras. More visibility to look in the corridors. Someone is monitoring these cameras because there is not a single monitor they are recording,” Hutchison said. “See who comes and goes from campus. Secure the exterior perimeter doors and perhaps put alarms on the doors. »

Three weeks ago, 8 News Now obtained a report from SDCC indicating that there had been more than 5,000 reported violent incidents this school year. A new figure updated this week reveals that the number of violent incidents is over 6,000.