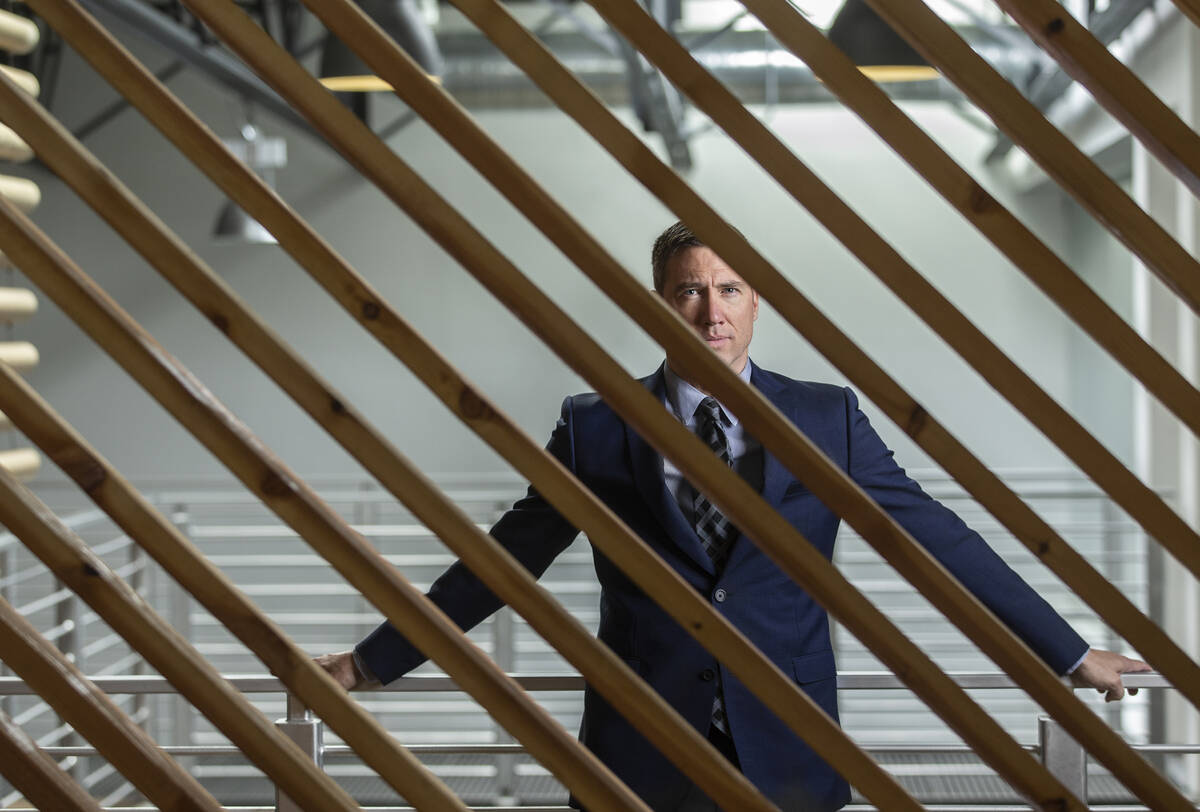 Impress your friends, or not, by answering the following Vegas quiz: “Which Las Vegas production has set six reopening dates, but hasn’t reopened yet?”

Answer: “Vegas! The Show” at the Saxe Theater in the Miracle Mile stores at Planet Hollywood.

The latest schedule change shows David Saxe’s production set to restart on August 12. The production is initially slated to run at 7 p.m. daily (on dark Sundays), trudging back to its original rotation of two shows per night.

For those playing VTS Bingo, the show’s false start dates were May 4, May 19, May 27, June 10, July 1, and last Wednesday. He could move again, too, provided the general progress of the theater.

“It’s been tough,” Saxe said Tuesday afternoon. “Getting the technical team together was difficult, especially for a show like this which is quite aggressive and has a lot of moving parts.”

But if anyone can get this craft off the ground, it’s Saxe, a single-focused product of Vegas entertainment culture. “We will get there,” he said. “I work as hard as I can on it.”

So don’t expect a crash landing similar to Evel Knievel’s jump over the fountains at Caesars Palace. This scene is actually in the show.

A key sticking point was a musical director to replace Pat Caddick, who expertly created the original VTS band with Jerry Lopez. Saxe is not yet ready to confirm the new MD. The musicians were initially reduced from 11 to 7, but there are now 10 planned for the return.

The complete and live group, let us remember, is a key element of the success of the show. This is not an addition by subtraction problem. You need these players.

The show is Saxony’s take on classic Las Vegas entertainment spanning more than half a century. As such, “VTS” is the cornerstone of the Saxony operation. The show debuted in August 2010 and featured an array of Broadway-caliber singers, actors and dancers.

Along with “Zombie Burlesque,” ​​“VTS” was the last show to stop performing before the state-mandated COVID shutdown of hotel-casinos on March 18, 2020.

“Zombie” is back and in June surpassed 200 shows since returning from the pandemic. Since then, Saxony’s attention has been entirely focused on the return of “VTS” to the stage. We will see him again on August 12… If not later.

“Boombox – A Residency on Shuffle” taped to remind us that the show will be performing its rescheduled series at Westgate from August 31 through September 31. 4. Production continues from September 28 to October 28. 2, with shows airing at 8 p.m. Wednesday through Sunday. Tickets are affordable, starting at $29 (excluding fees). Visit ticketmaster.com for more information on the “Boom” time.

A celebration of hip-hop hits from the 1980s to the 200s, “Boombox” was originally scheduled to move to a May 2022 opening, but was delayed to this month. It was to maximize the viability of the show after some kind of market research.

In the meantime, Treat of naughty by nature pulled out of production, as his new dates created scheduling conflicts. These conflicts will continue throughout the series, so, never Treach in “Boombox” (you may remember the confusing original announcement that Naughty By Nature was to be in the series, whose co-founder Rock wine quickly corrected in a terse Instagram post).

The updated show will feature CeeLo Green, Tone Lōc, Kid ‘N Play, JJ Fad and SNAP’s Thea Austin. The artists will collaborate on each other’s successes. It all sounds like last year’s “After Party” at The Venetian’s Summit Showroom, featuring ‘N Sync’s Joey Fatone, Nick Carter and AJ McLean of the Backstreet Boys.

We loved the party vibe of this show. There’s an audience for this concept, this month or May, probably anytime.

“Bridesmaids: The Musical Parody of the Unauthorized Movie” is set to open at the Venue at the Orleans this month. Previews start on August 19, with the premiere scheduled for September 22.

The time between these dates is the “commitment” period.

“Bridesmaids” is presented by Lynn Shore Entertainment and Ivory Star Productions, and as you can tell, is based on the 2011 feature film. The show will begin at 9:15 p.m. on Fridays and Saturdays, adding Sundays on September 25. Valerie Witherspoon, who is very talented, wrote the show and leads the all-female cast. She says, “I’ve always been drawn to films and plots about strong female characters, and I love that this musical parody is a love story between friendships.”

The show enters the schedule with Adam London’s “Laughternoon” magic show, “Marriage Can be Murder” dinner show and “Friends: A Musical Parody.” For info, head over to orleanscasino.com (where I just remembered the dandy Bourbon Street Lounge, a very cool Hang in need of some detailed listings, kids).

Blow up the roof

Thursday’s storm was indeed a thunderbolt for the Italian American Club, which lost a piece of the roof of its Showroom, as well as its air conditioning unit.

This thing weighed 5 tons, making it the heaviest lift in Vegas since “Fuerza Bruta” played in the ExCal parking lot.

But in reality, it was only a temporary setback for EPC contractors. The restaurant is unscathed and repair work in the showroom should be complete enough for the next performance, which will take place on August 10, featuring singing sensation Dondino. Doors (with roof) at 6 p.m., dinner at 6:30 p.m., show at 8 p.m.

And, as IAC General Manager Benny Spano points out, displaced artists who had been booked (or were about to be booked) at The Vegas Room and The Nevada Room can seek a stage at IAC. The Showroom and the Lounge are on the rise. As it was.

Bailey Callahan, a country singer who writes catchy tunes and ‘loves mermaids’ (true) performs at Gilley’s on Treasure Island at 8:30 p.m. Wednesday and 9 p.m. Thursday. Callahan’s self-titled EP peaked at No. 43 on the iTunes charts and she plays some 300 dates a year, special guest of renowned country artists such as Luke Combs, Hunter Hayes and Eric Church. No coverage at Gilley, where the mechanical bull remains active.