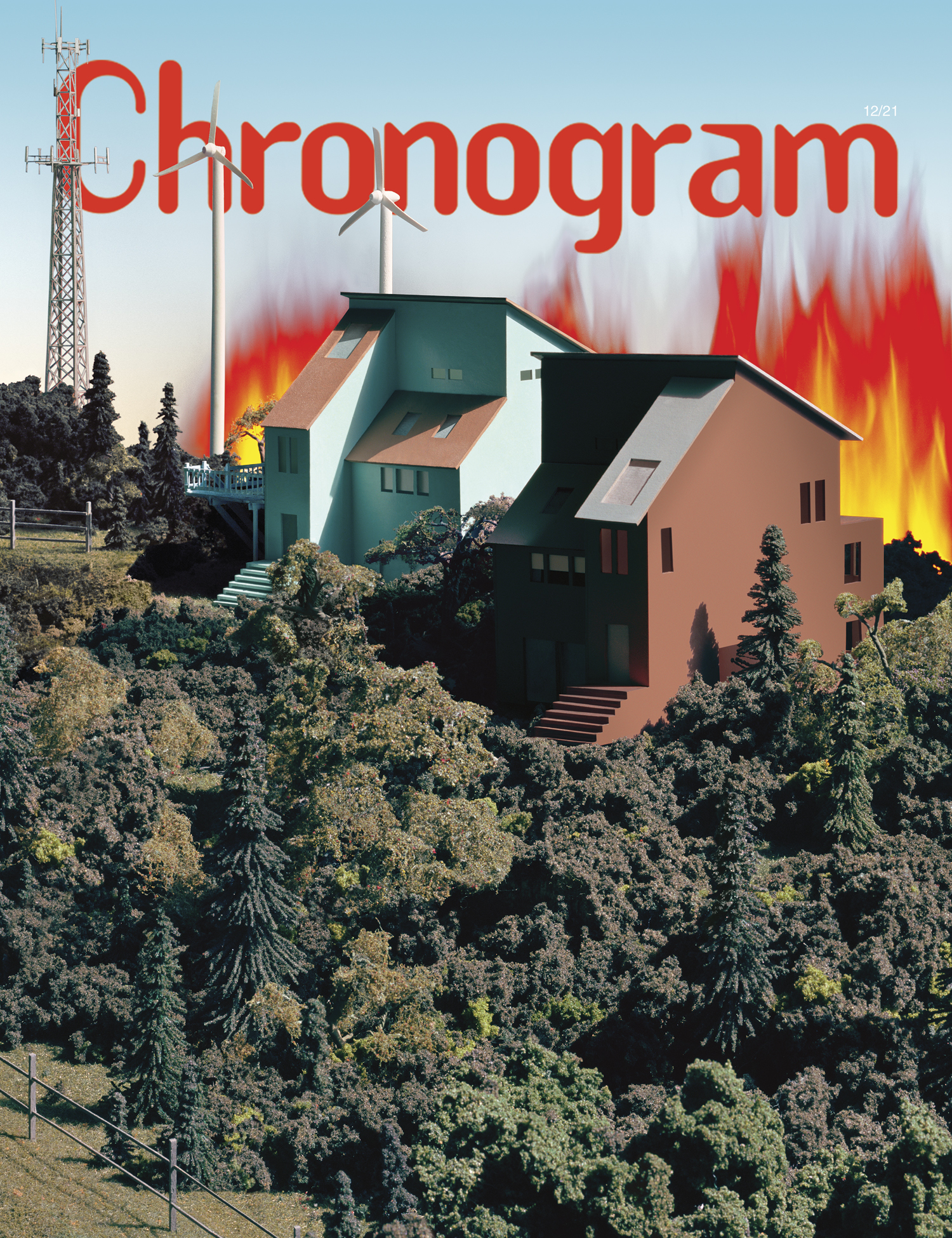 What is your number?

Jeremy Richman: neuroscientist, martial artist, haiku poet.
Poems posted on Fridays on Facebook: “What’s your number?
When will your heart be broken? Mine is 12/14.
That day, her daughter Avielle passed away at Sandy Hook Elementary School.

Poems posted on Fridays on Facebook: What’s your number?
20 children, 6 educators, massacred on December 14, 2012.
That day, her daughter Avielle passed away at Sandy Hook Elementary School.
He created with his wife Jennifer, the Avielle Foundation.

20 children, 6 educators, massacred on December 14, 2012.
Such a shock, “like the world is turning and you aren’t.”
He created with his wife Jennifer, the Avielle Foundation.
Objective: to study brain health, its link with acts of violence.

Such a shock, “like the world is turning and you aren’t.”
People say they can’t imagine such horrors, but they have to.
Objective: to study brain health, its link with acts of violence.
If you imagine, Jeremy said, “You will be motivated to take action. “

People say they can’t imagine such horrors, but they have to.
A radio host called it a hoax; a plot to take away firearms.
If you imagine, Jeremy said, “You will be motivated to take action. “
With each shootout, they cried, grief etched on their faces.

A radio host called it a hoax; a plot to take away firearms.
Claims that Avielle was alive and living in town.
With each shootout, they cried, grief etched on their faces.
“Jen and I sit down and bawl, that would hit us so hard.”

Claims that Avielle was alive and living in town.
Charleston, San Bernadino, Orlando, Las Vegas, Parkland.
“Jen and I sit down and bawl, that would hit us so hard.”
Pittsburg, Thousand Oaks. “I feel like we’re letting this happen.”

“Newtown should have changed everything,” he said.
To live each day, he was looking for something beautiful.
March 2019: three suicides in one week; two teenagers from Parkland.
Then Jeremy succumbed to grief on 3/25. Broken hearts.

To live each day, he was looking for something beautiful.
“When will your heart be broken?” Mine is 12/14.
Then Jeremy succumbed to grief on 3/25. Broken hearts.
Jeremy Richman: neuroscientist, martial artist, haiku poet.

Memories of my mother

Morning light
Filtering
Blue blinds
As the sparrow wakes up
And the pink flower blooms.

Rivers are not always postcard ornaments.
The Wallkill is a muscular, mud-brown water plate,
Sliding his opaque dirty fist north through
Fields of onions, fields of corn, pastures, oak groves and towns;
Past the block and brick skeletons of old industrial land;
Walk past the flat clay cemeteries of villages, farms, and churches.
Still heading north, it seems to overcome gravity, that stubborn stream.
It keeps hissing and hitting the sewage treatment plants and their stinking water.
He braids his tendons on the rocky bottoms of Gardiner;
Through clay, sand and mud, through New Paltz;
then north to Rifton, where the Wallkill and the Rondout
Kiss and continue to Kingston, the first capital of New York State.

Colored like cheap coffee with skimmed milk,
Who would guess how many lives in his muscular coils?
I saw this brooding mud walker
moving his hand slow and relentless across wide dishes,
Stuffed with emerging caddis and dobson flies,
Notched by saltation of minnows.
It’s dark, haunted, spooky and old in
Cloudy pools shaded by giant marsh willows.

In times of flood, the river goes from docile and pastoral
to monstrous, brutal and calamitous during the night
Its banks give way to the imposing water and the congested flow
steals Black Dirt onions thirty miles south to plant them
In New Paltz as puzzles for walkers during low water periods:
“What’s wrong with you, Onion, in this muddy, damp wood?”

In June, afloat in my boat in the dreamy summer afternoons,
Giant flying carp crashed like buccaneers walking on planks
Right by my side! To break my daydream as a trolling rower,
To fill my nose with the smell of living water.
I hoisted a fierce muscular little mouth in gold, green and brown suits
where floods, side streams pay the Wallkills their homage.
Bighead white catfish I caught by the dozen –
They start to bite as soon as the river thaws.

Past the Eddyville Falls where the Rondout goes with the tide
Here, the striped bass survives the herring, a hunt since primitive times.
Blue heron, taking flight, does his shitaquart thing:
This helps them unload the moment they take off. here is
Water snakes, snapping turtles, beavers and weasels,
Black crowned night herons, more stealthy than royal.
Meadows of lostrife, here and there teasel,
Border this dark stream, brighten up his easel.

Too much human funk alters the Wallkill and the Rondout,
But these mighty rivers do their best
To keep the carp inside and filter the poop.
The two streams bring spring flooding soil to the apartments
Where the corn grows to seven feet and the pumpkins grow bigger.
Yeah, the Wallkill ain’t a silver shining trout stream
But she has what she lacks of glow in her guts.

Getting to Woodstock 1969 and back
It wasn’t difficult if you knew
avoid main roads
where the traffic has been saved for
miles, made sense to find
the less traveled paths on a
detailed map, stack in the car
on Saturday morning when every
the radio announcers said to
stay away and follow the map
on one side road after another
to the last one that led to Yasgur’s farm
cars started to appear parked out of the road
in increasing numbers. We parked and
out, and when we asked the first couple
walking towards us how far away from the concert,
they pointed and laughed and we learned
we were less than a kilometer away – no traffic jams,
no worries at all.
Late that night when we
went to the T-intersection near the site to
turn around and come back where we came from,
a cop stopped us, told us that we
couldn’t go back because it was a
“one-way street.” He must have thought that we were
city ​​kids who believe such bullshit in the countryside.
When his back is turned, we turned
and on the left, no traffic jams, no worries at all after that.

My mother lived in Rowley, Iowa
until they moved to Wyoming * in grade 8.
They had two mules and a pony named Daisy.
The pony had a white nose and a white tail,
but otherwise was a reddish color.

There were ten children in his class.
Some talked too much and had to stand in the corner.
His father was John R. Wilson.
He planted hay with a fork
while she led the mules.

The city had two grocery stores,
as well as a forge.
A stream ran through their property.
Sometimes there were fish in it.
When they moved to Wyoming, Iowa,

they must have left the pony behind.
Their aunt with polio visited them once,
with the strange black uncle of the foundry.
Now she looks home alone
and roots for the little blond boy.

These days the roads are littered
with animal carcasses
and I meet a lot of young girls
who call themselves acupuncturists.

The leaves are drifting
from their range of green vegetables with burnt umber
while waiting for this rapid wind
decry their nudity.

Soon the willow
that crosses the stream
will have taken the turn
with golden yellow glow.

This feeling of quiet haunting
and fresh air
precedes the masked hours
end of October.

Running on the beach
Supernatural
In the fog

Love each other
take you
upright
in dazzling
and — oh
visible only in case of sharp glare
it depends where there is
settles crisscross
the path
planted with ice …
long and short
in the dark night
something innocent / defenseless
stop to watch
to certainty
to go through.

I read an article on shame.
He asked me if I had any secrets.
The only secret I have is pretending that someone normal lives here.
I took a bite of each strawberry.

But honestly, I can eat whatever I like.
These are mine, and they keep coming up more and more from Mexico.

I asked my companion,
“How often do you think you end things?” “
He looked at me like I was a fish in an aquarium, all wobbly and wide-eyed.

Artisanal companionship and cocktails for life.

My old wirehaired cat stares at me and slaps me on the cheek.
His bowl is full, what else?
What else for the world?
My way? My time? My death?

The night is blooming, early now.
Is it still necessary to ask yourself how you are doing?
The opposite of distraction.
Such a tight descending arc towards your mouth.
So close to the wall.
The only noise is a blade on the paper.

From the cliffs I dive
in a Gulliver version of me

swim in my throat,
to mine my own blood for gold.

Will i know the truth
when i taste it?

There is always the itch
small ornaments.

This time i want you to know
all that I know.

The wall behind you
has its motives.

I stare at my eyes there
until it opens

in the forest and a
path that brings me back.

All i have to say to you
this is exactly what I see.