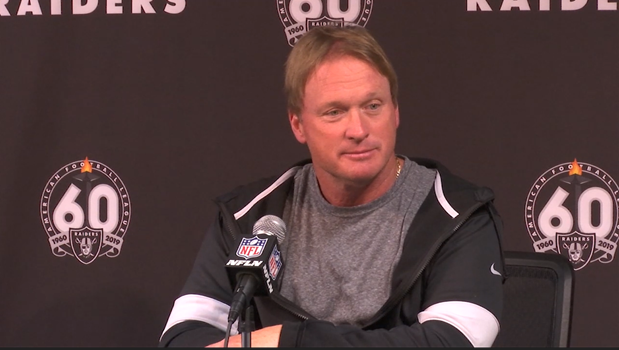 Gruden resigned from the Raiders on October 11, 2021, after emails surfaced showing he used racist, misogynistic and homophobic comments.

Gruden is suing the National Football League and Goodell over his resignation, which he describes in court documents as “forced.” The lawsuit, filed in November in Clark County District Court, claims that the NFL and Goodell “by a malicious and orchestrated campaign … sought to destroy” Gruden’s reputation.

In the new motion to dismiss documents, NFL attorneys write: “The complaint – a baseless attempt by Jon Gruden to blame the NFL and its commissioner for the fallout from the publication of racist, misogynistic and homophobic emails that Gruden has written and widely distributed – should be dismissed for failing to articulate a single viable cause of action.

Lawyers for the NFL and Goodell, as individuals, are asking the judge to dismiss the lawsuit and compel Gruden to resolve this in arbitration, pursuant to his NFL contract which was submitted to court but is under seal.

Gruden signed a $100 million contract with the then Oakland Raiders in 2018. According to the lawsuit, he does not receive the remaining balance of the contract, which was until 2027. His lawyers also write that Gruden loses endorsement deals, including one with shoe company Skechers.

This document does not contain any information on how the Wall Street Journal obtained the emails it printed on October 8, 2021.