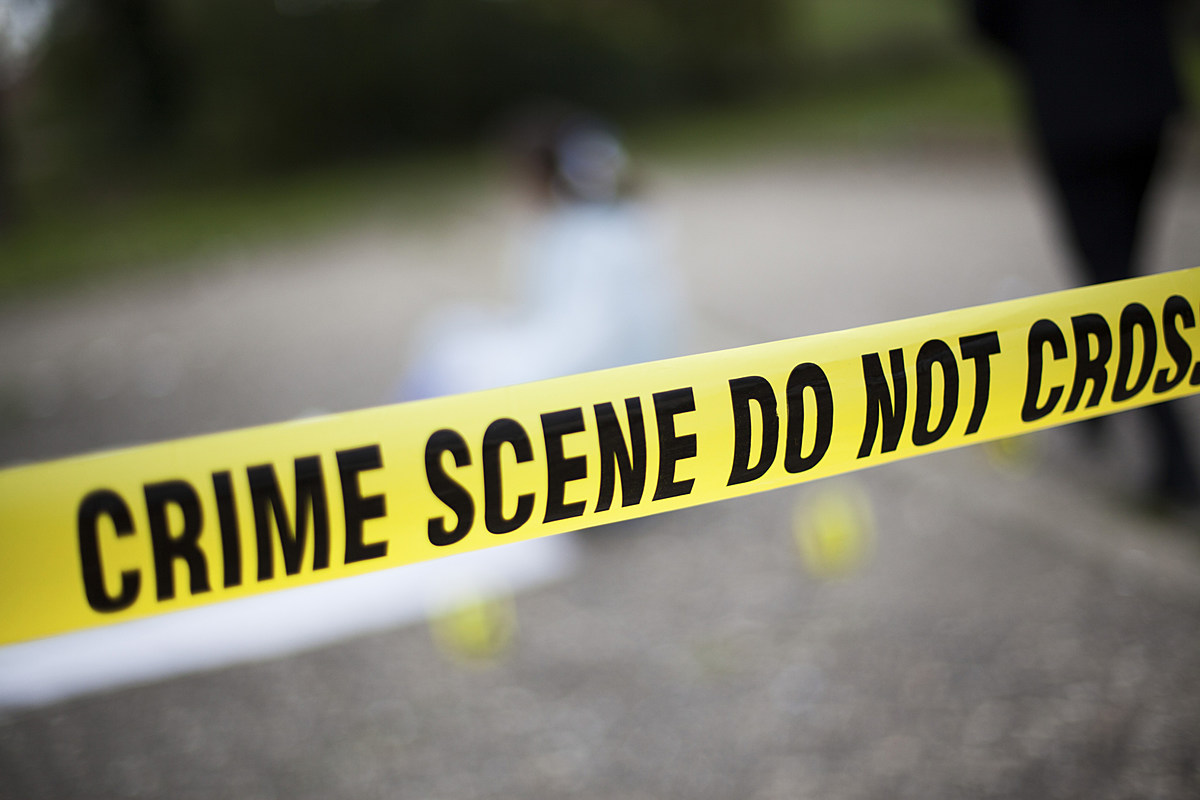 A woman from the Hudson Valley is accused of killing someone in the area shortly after Thanksgiving.

On Sunday, New York State Police and Catskill Village Police, with assistance from the Greene County Sheriff’s Department and the Greene County District Attorney’s Office, reported that a woman from Castkskill had was arrested following a homicide investigation.

Carrie Weisser, 32, has been charged with second degree murder, a felony.

Carrie Weisser has been charged with second degree murder.

Weisser is accused of killing someone around midnight on Nov. 27, police said.

Weisser is accused of killing someone around midnight on November 27

Police did not disclose further details of the homicide, including where it occurred or information about the victim.

“Additional information is withheld until next-of-kin notification is made,” New York State Police said in a press release.

Weisser was arraigned in Catskill City Court and remanded in Greene County Jail.

25 real crime scenes: what do they look like today?

Below, find out where 25 of the most infamous crimes in history took place – and what those places are for today. (If they remained standing.)

Newburgh Police need help investigating at least 12 shootings in the past six days.

A study has found that a shocking amount of “unacceptable” roads in New York City costs residents a ton of money each year. The good news is, that may change. Here’s why.

Over 50 New York Pizzerias Rated by Dave Portnoy of Barstool

When it comes to amazing pizza, you don’t have to leave New York State. But where can you find the best slice?

One list highlights the worst places a New York resident can call home. A number of places in the Hudson Valley made the list, including one that was ranked as the worst place to live.

Dave Portnoy from Barstool finally came to the Mid-Hudson area to give a “One Bite Review” on what he was told to be “excellent pizza” from the Mid-Hudson Valley.

The 26 Most Dangerous Counties in New York State

New York counties with the most vehicle-animal crashes

It’s a fast food invasion. There are nine new fast food restaurants slated to open soon on Route 9 in Dutchess County. Are you ready to go to the drive-thru?

Over 30 red flags for anyone claiming to live in the Hudson Valley, NY

We have reported many restaurant closings, now it’s time to highlight the nearly 70 businesses that recently opened in the Hudson Valley.

A very popular and award-winning Hudson Valley Restaurant and Bar opens a new waterfront location. We got an overview of the menu and the location.

Need help finding the 39 most wanted people in New York

An invasive Asian fish that can live on land for days and uses its sharp teeth to eat animals has been spotted in the Hudson Valley and other parts of New York state.