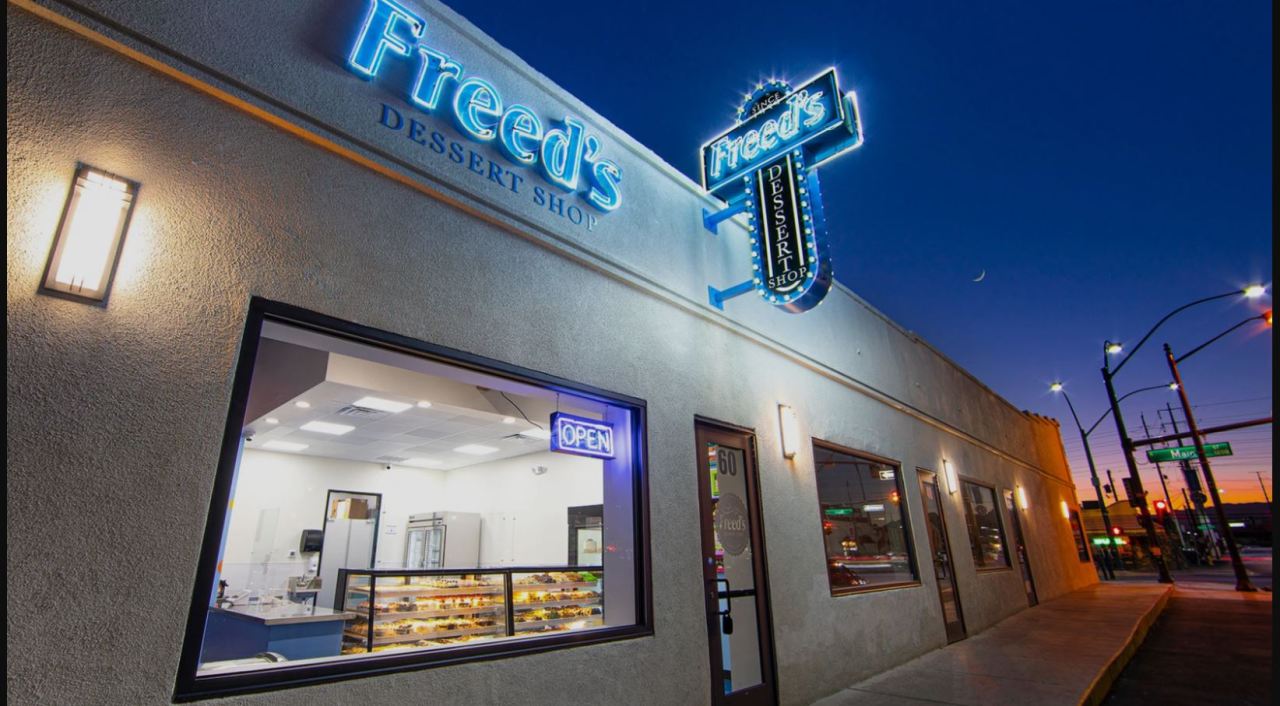 New Las Vegas foodie spots to bite into in 2022

LAS VEGAS (KLAS) — A new year brings the opportunity for new adventures and Las Vegas is definitely known for its wide array of unique activities.

For foodies, this opportunity could mean trying a number of tasty treats. The Valley has no shortage of better places to try, as several new restaurants in the Las Vegas Valley are set to open in 2022.

Here’s a roundup of a few restaurants that are sure to chase away the winter blues this time of year.

Freed’s recently opened a new dessert shop in downtown Las Vegas at 60 E. California Ave., in the heart of the Las Vegas Arts District. Mayor Carolyn G. Goodman will recognize the family business during the ceremonial portion of the City Council agenda.

Freed’s opened in 1959 and is now a third generation bakery. The business started with a small bakery and has expanded to six locations with another coming soon.

The Jonas Brothers family is opening a new restaurant, Nellie’s Southern Kitchen, in early 2022 at the MGM Grand.

According to a press release, the family said the restaurant honors their grandmother Nellie and celebrates Southern comfort food.

“Opening a restaurant in the heart of the iconic Las Vegas Strip is exciting, and I know my grandmother Nellie would be truly amazed to see her name in the limelight,” said Kevin Jonas, Sr.

According to the British restaurateur and reality TV star’s Facebook page, her latest restaurant is set to open inside The Paris hotel later this winter.

This will be Vanderpump’s second restaurant, the first is known as her cocktail garden at Caesars Palace.

The new spot will be located at the Fashion Show mall.

Emmitt’s will be located at the Fashion Show Mall and is expected to include fine dining, live concerts, watch parties and other elite events.

The restaurant’s signature menu items will include Stewart’s personal favorites, including Las Vegas Farmer’s Market and Vermont Creamery, among others.

“Our menu will be delicious, representing the exact same types of foods that I serve my friends and family. Dining at Bedford will be immersive, fun, unexpected and utterly delicious,” Stewart said.

Buddy Valastro’s love of Las Vegas just got sweeter with the opening of his fourth restaurant concept in the Valley in early 2022.

The star of the hit TLC series cake boss will open The Boss Café by Buddy Valastro at the LINQ Hotel + Experience. The Boss Café will join the famiglia of Buddy V’s Ristorante, Carlo’s Bakery and PizzaCake with casual takeout meals capturing the savory and sweet side of the famed New Jersey chef and restaurateur.

The highlight of the restaurant is the Mozz Bar, where diners can grab their favorite creation of fresh mozzarella served with warm rustic bread and their choice of topping of basil pesto, roasted peppers, tomato-olive relish or tomato, fresh basil and aged balsamic.

The café is designed as a perfect take-out concept for people looking for a quick bite or to bring home delicious treats for the family.