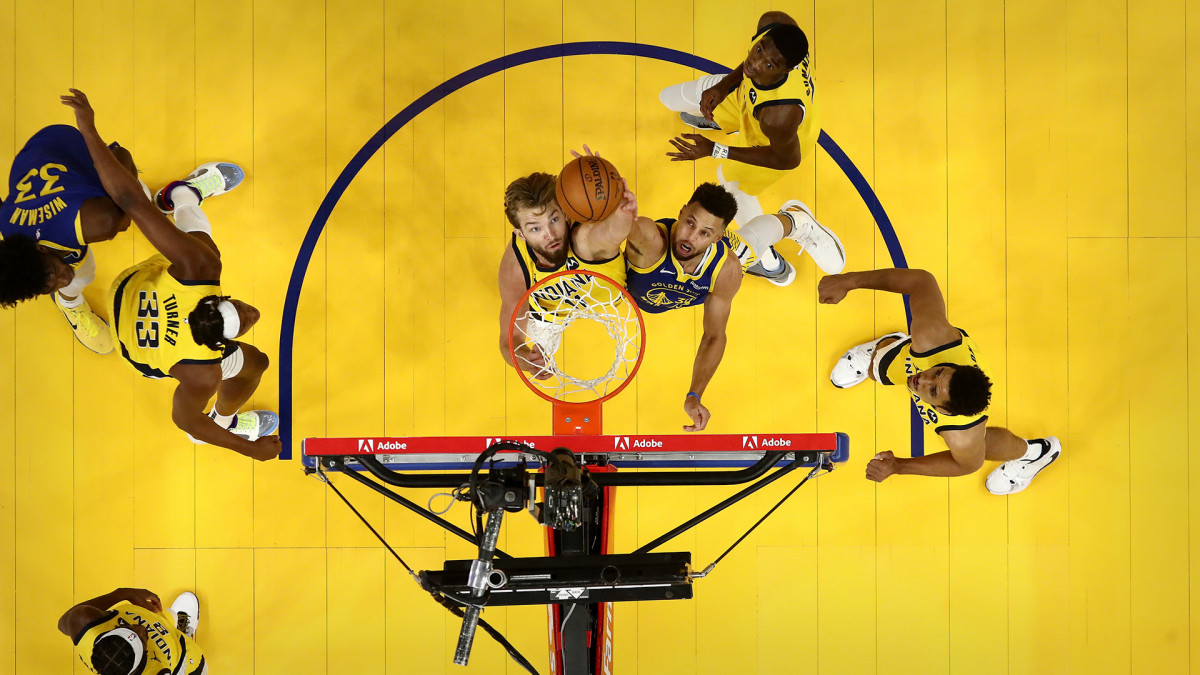 Not that it needs to be said but… owning a sports franchise is a lucrative investment.

Valuations of the big four sports leagues have exploded over the past three decades as media rights deals have jumped in value.

In the NBA, the Golden State Warriors are the second most valuable franchise.

The Warriors currently have a valuation of $5.6 billion, according to Forbes. This valuation is more than 10 times that of the franchise ten years ago, when it was worth $555 million.

But neither victory nor a brand new, state-of-the-art facility is the biggest slice of the valuation pie for the Warriors.

According to Forbes, approximately $2.9 billion of the team’s value comes from annual revenue that the team shares with the rest of the NBA.

About $1 billion in valuation comes from the team’s brand, which is of course helped by the team’s winning ways over the past decade (the Warriors have won three recent NBA championships).

In fact, the stadium is the smallest piece of the valuation pie, according to Forbes, worth less than $300 million.

Besides revenue share, the San Francisco/Bay area market represents the largest slice of the pie, accounting for $1.4 billion.

So it goes without saying that the city in which a sports franchise resides is a big part of the value of that franchise. This fact is something to keep in mind as rumors swirl that the NBA is looking to expand.

Basketball columnist Jon Canzano predicts the NBA will announce two new expansion teams once its current media rights deal expires in 2024, with Seattle and Las Vegas being the lucky winners.

Seattle lost its NBA franchise to Oklahoma City after the 2008 season after more than 40 years in Emerald City. But Seattle has work to do to build an NBA-ready arena.

In the meantime, Las Vegas already seems ready to welcome an NBA franchise.

In recent years, Las Vegas has hosted the NFL and NHL in the desert, with the Las Vegas Raiders and Vegas Golden Knights having moved there.

Sports and entertainment venue builder Oak View Group has announced plans to open a privately funded arena next year that will be located on 25 acres near the corner of Las Vegas Boulevard and Blue Diamond. Road.

“This unprecedented project is a game-changer in the industry, and we will usher in the evolution of Las Vegas as the new entertainment and sports capital of the world,” said Oak View CEO Tim Leiweke. Now reported.

The arena is set to be the centerpiece of a $3 billion entertainment area that will include a casino and a 2,000-room hotel.

Any NBA team looking to pick up sticks and move in the near future could use the arena as their future home. Meanwhile, a few blocks north, MGM’s (MGM) – Get the MGM Resorts International Report The T-Mobile Arena seats between 17,000 and 18,000 people and could be used as a home stadium until the new arena is completed.

This joins a plan on the North Strip, which will also contain an NBA-ready arena.

“A multi-billion dollar financing plan was unveiled this week for former NBA player Jackie Robinson’s arena and hotel project, a long-sought venture on the North Strip that has seen other financing plans come and go,” the Las Vegas said. Review-Journal reported.