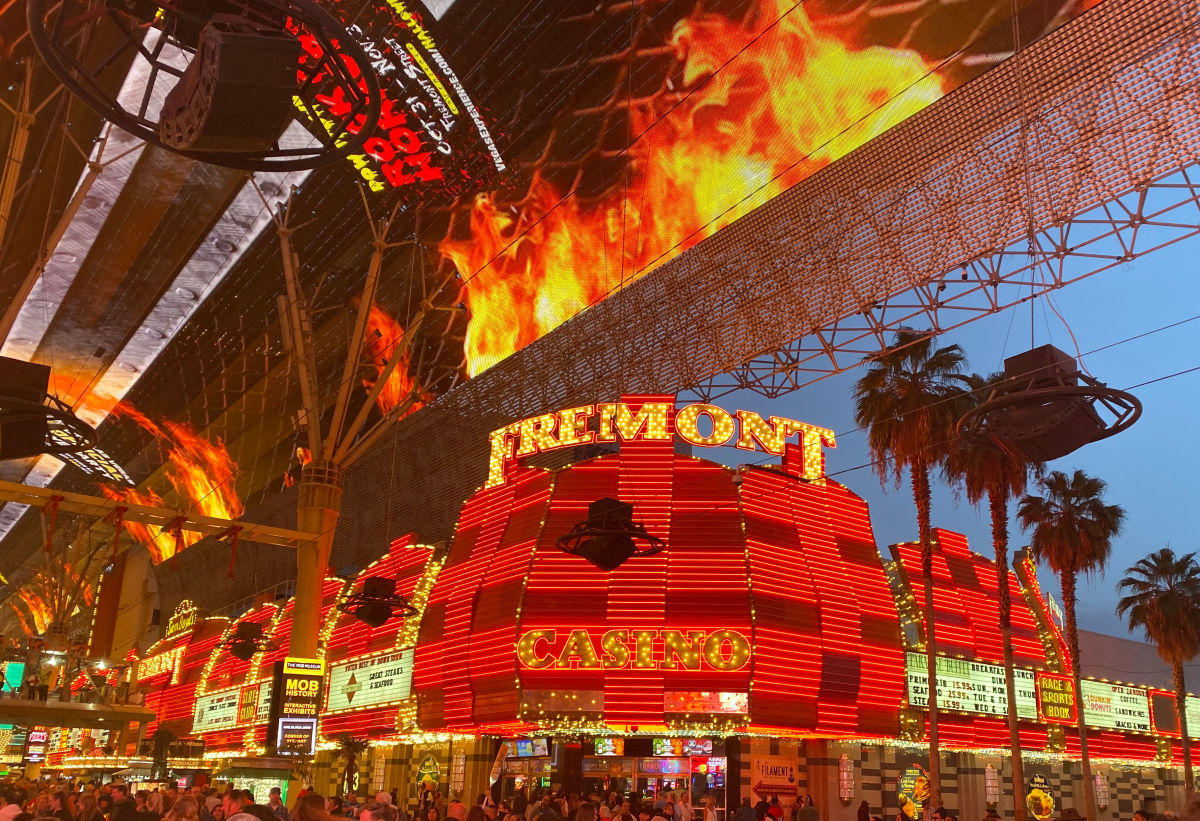 Even after the 1995 launch of the Fremont Street Experience — a massive sound-and-light show that takes over the entire area, connecting its casinos — downtown was considered much rougher than the Strip.

At worst, the city center is known as an area full of street musicians and street performers – some talented, some less so. Downtown was where you went when you wanted a cheap meal, live music, and maybe a photo op with a weathered Elmo or someone wearing a poorly made Optimus Prime costume.

Fremont Street had its charm, but lacked the high-end appeal of the Strip, which is home to restaurants run by celebrity chefs, big-name musical residencies and celebrity DJs.

Circa, a new Strip-like casino on Fremont Street, has led the way in changing the way people view downtown Las Vegas.

And now, as the Las Vegas Strip appears to be exploding with new casinos, arenas and other developments, another major casino operator has set up its downtown locations for a major new project.

Red Rock Resorts (RRR) – Get the report from Red Rock Resorts Inc. operates a number of casinos across Las Vegas, but the company has generally served locals more than tourists.

“Our Las Vegas portfolio includes 10 major gaming and entertainment facilities and 10 smaller casinos (three of which are 50% owned), offering approximately 22,250 slot machines, 450 table games and 4,000 hotel rooms” , says the company on its website.

“Our Las Vegas properties are widely distributed in the market and easily accessible, with over 90% of the Las Vegas population located within five miles of one of our gaming facilities.”

Frank Fertitta III and his brother Lorenzo Fertitta lead the company and its Station Casino brand as CEO and President, respectively.

The brothers also owned Zuffa Entertainment, the company that brought the Ultimate Fighting Championship to prominence. The brothers bought the UFC for $2 million before becoming a global brand and essentially establishing mixed martial arts as a major sport. They sold the sports league in 2016 for $4 billion.

The company has pushed its Wildfire brand as being more of a locals brand.

“We’re all about convenient local gaming and personal service first and foremost, but it’s the Station Casinos Boarding Pass that elevates the Wildfire experience even further,” the company states on its website.

He gave very little detail about the new Wildfire on Fremont Street, but the company will continue to focus on serving locals, not tourists.

Red Rock Resorts said it was “excited to bring a new Wildfire casino with new amenities to local residents in downtown Las Vegas,” the Review-Journal reported.

The company has a number of projects underway in the Las Vegas area, including the Durango Resort Casino in the Southwest Valley.

Red Rock wants to double its presence in the greater Las Vegas area, although no timeline for achieving that goal has been given.

What is debt consolidation and how does it work?