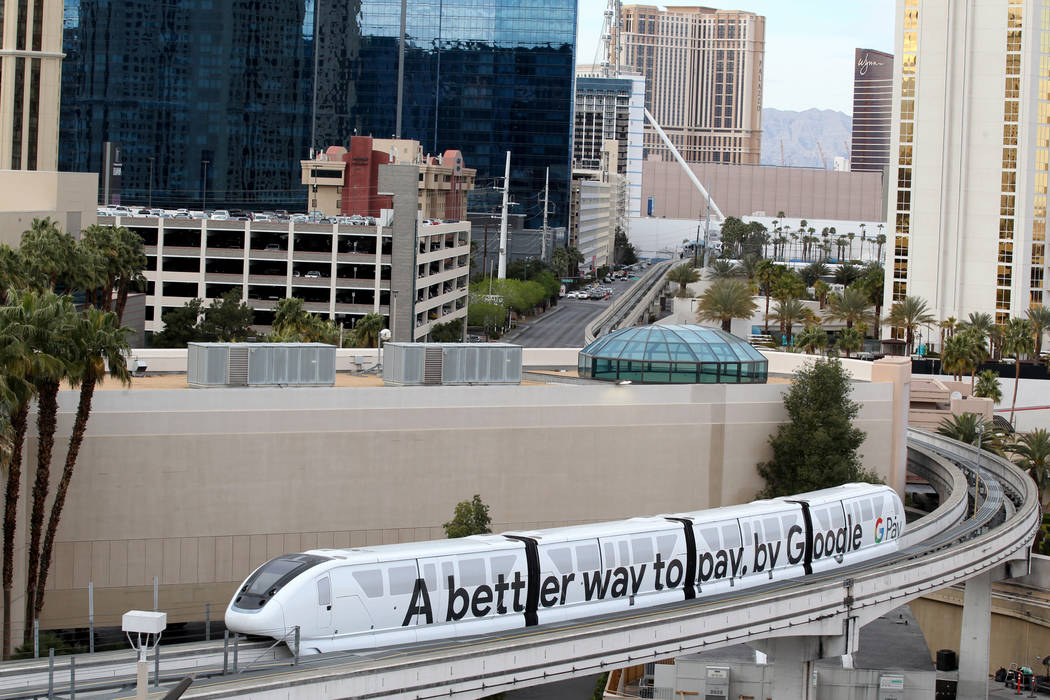 Construction of a Las Vegas monorail extension to Mandalay Bay has been delayed, jeopardizing the project’s chances of being completed in time for the opening of the nearby Raiders stadium.

Monorail lobbyist Jennifer Lazovich told the Clark County Commission this year that construction of the 1-mile extension would begin in June, giving the Las Vegas Monorail Co. more than the two years it needs to complete. a new station at the Shoppes at Mandalay Place before September 2020, when the NFL Raiders are scheduled to play their first game in Las Vegas.

The monorail extension is considered by some to be essential transit infrastructure to serve convention attendees and stadium crowds.

But building permits for the project remain under review by county employees. The Monorail Co. also failed to secure the $110 million in bonds it needs to pay for the extension, according to county spokesman Erik Pappa.

Meanwhile, the Monorail Co. is keeping quiet about the status of the project.

“Any information on the construction or financing of the project will be released in due course,” spokeswoman Ingrid Reisman wrote in an email Thursday.

CEO Curtis Myles has previously acknowledged that securing funding will be difficult.

Last year, he told commissioners he couldn’t get funding for the project unless the county pledged to give Monorail Co. up to $4.5 million a year during the next 30 years.

The commissioners rejected the idea but agreed in November to set aside $4.5 million each year that the company could ask to borrow but would not be guaranteed to receive.

With no financing in place, the county demanded that Monorail Co. continue to repay a nearly $2.1 million loan used to pay for the design and engineering costs of the extension.

The Monorail Co. made a payment of $16,667 last week, Pappa said. After combining that with a series of payments made last year, nearly $2 million is due.

County Commissioner Chris Giunchigliani said she has serious doubts whether Monorail Co. will get the funding it wants, but expects the county to be paid in full and on time.

“I don’t think anyone disputes that they have an obligation to reimburse us,” she said.