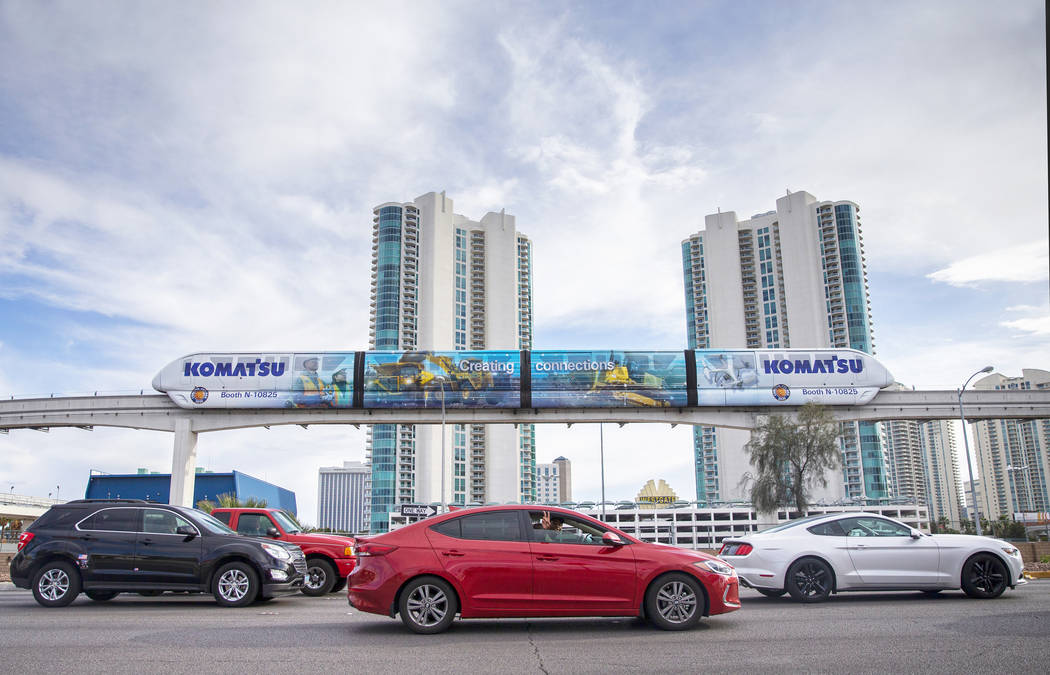 When the NFL Draft takes place next month, the Las Vegas monorail will be an essential piece of the transportation puzzle of moving hundreds of thousands of people through the station corridor.

The draft will take place April 23-25 ​​between the Bellagio fountains and the Caesars Forum convention center near the Linq. Plans call for a portion of Las Vegas Boulevard to be closed for the better part of three days around its intersection with Flamingo Road where draft activities will take place. Various lane restrictions and road closures are also planned for 24 days around the project.

While no official draft attendance estimate has been released, Raiders owner Mark Davis put the number at 750,000 over the three days. Transportation and parking will be an essential part of the planning sessions to coordinate the management of the hundreds of thousands of people expected to attend the draft.

“We plan to transport a lot of locals and visitors during the draft days to the Caesars Forum site and will operate the system in the same way as other citywide events with train frequency approximately every the 4 minutes,” said Ingrid Reisman, spokeswoman for the monorail. “The system is expected to be used extensively to bring fans and attendees to the NFL Draft Experience and move them out of the heavily congested area to access transportation connections (car, taxis, parking, etc.) along of our system route and outside of the road closure area and Ground Zero event.

The closest stations to the proposed site will be Flamingo and Harrah’s/Linq stations. Bally’s/Paris train station is also within walking distance from the site.

Although the closure of Flamingo Road during the draft will be a nuisance to motorists, the absence of vehicles will benefit draft participants, Reisman said.

All parties involved in developing the draft plan are working to finalize the details, with the details still being worked out. With the Super Bowl long past, the NFL has focused on Las Vegas and the draft, with representatives in and out of town meeting for the past two weeks.

More logistical details regarding volunteer parking and check-in procedures will be released by the Las Vegas Convention and Visitors Authority. Recommendations on parking, transportation and access will be communicated and distributed by the NFL and LVCVA.

Planning continues despite the second presumptive positive case of coronavirus in Las Vegas announced over the weekend.

The NFL is monitoring developments and has been in contact with the World Health Organization, the Centers for Disease Control and the NFL-NFLPA (NFL Players Association), and medical experts from the Duke Infection Control Outreach Network Program for Infection Prevention, NFL spokesman Brian McCarthy mentioned.

“We will continue those discussions throughout our offseason,” McCarthy said.

If your commute this week involves going anywhere near the Las Vegas Convention Center, remember that heavy traffic is expected in the area as 130,000 attendees converge on a pair of trade shows.

Traffic issues are expected Tuesday through Saturday in March around the Las Vegas Convention Center and Festival Grounds at the southwest corner of Las Vegas Boulevard and Sahara Avenue during ConExpo-con/Agg and the co-located IFPE shows, the Nevada Department of Transportation announced. Last week.

The triennial trade shows are the largest of their kind for the construction industry and see more than 2,800 exhibitors from 170 countries, occupying 2.6 million square feet of exhibit space.