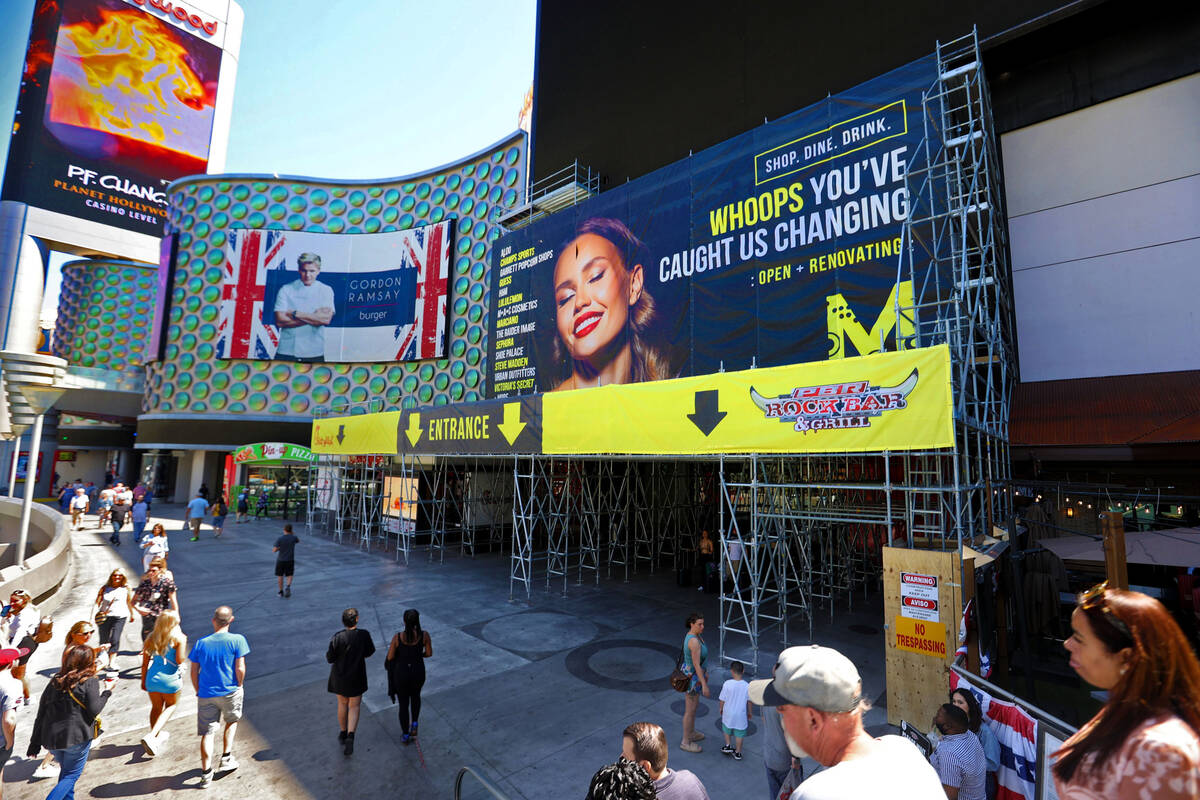 What started as a “thrashing” mall inside the old Aladdin has become the Miracle Mile Shops – a mile-plus shopping and entertainment destination attached to Planet Hollywood which is celebrating its 22nd anniversary birthday Wednesday.

“It was originally part of the Aladdin, and it had some issues opening it,” said Brian Sorrentino, director of ROI Commercial Real Estate. “It struggled.”

The stores renamed in 2007, changing the names from Shops at Desert Passage to the current moniker. At the time, the Review-Journal reported that the Aladdin’s “Moroccan themed shops from the Desert Passage had been a financial disappointment almost from the day they opened in 2000”.

Since then, the mall, owned by Miller Capital Advisory and California public pension fund CalPERS, has become a staple of the Strip, attracting millions of people. And it continues to evolve with a makeover that will add new LED digital screens, landscaping and updates to its interior, including its rain show.

Sorrentino said when the mall changed its name and created a street entrance, it became “invigorated”.

“It’s the best mall in this mid-range price bracket,” Sorrentino said. “The barrier to entry is low which is really appealing to pedestrians walking the strip at this location.”

Today, the stores attract approximately 26 million visitors each year, according to Wendy Albert, senior marketing manager for Miracle Mile. Since its opening in 2000, the center has welcomed nearly 470 million customers.

“Everyone is looking for something fun to do when they come to the Strip. I think Miracle Mile Shops is great at achieving that,” Albert said. “We have stores and restaurants that you won’t find everywhere somewhere else.”

Miracle Mile opened some of Las Vegas‘ first outlets for brands such as Morphe Cosmetics, eyewear brand Quay Australia and Garrett Popcorn Shops as well as the first US location, at the time, of the robotic bar Tipsy Robot. It also hosted the first Nevada location of fast fashion chain H&M in 2007, which drew more than 600 people when it opened.

“With the 13 stores that have been around since we opened in 2000, many of them have opened other stores since then,” Albert said. “So I think that shows how successful they are here in a Miracle Mile Shops.”

She said the mall’s renovation is continuing with plans to complete the updates next year. It remains open to the public during renovations.

“We get new flooring, new seats, new toilets. New LED screens are going to be installed outside the property,” said Albert. “We’re also adding some really great tech features that will be great shows.”

Albert also teased that changes would be made to the signature rainstorm show, a free daily show inside the mall that mimics a thunderstorm with lightning, fog and rain.

“We’re actually going to update it and give it a new look and some cool new features,” Albert said. “We just want to make sure that we’re adding new (things), but also keeping some of the favorite elements of the properties.”

“Malls that excel provide … any type of experience to draw you in and really enhance the shopping experience,” Sorrentino said. “Miracle Mile offers that.”

The Mercury visits Las Vegas to start the playoffs