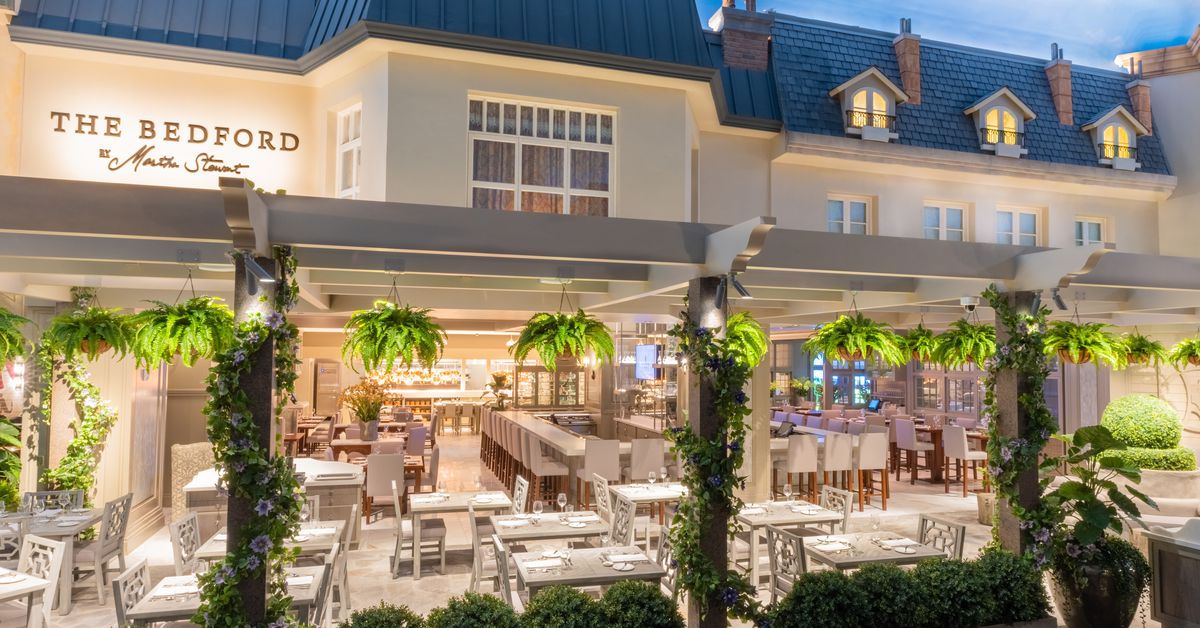 Lifestyle icon Martha Stewart will open her very first restaurant at Paris Las Vegas this weekend. The highly anticipated new restaurant, Bedford by Martha Stewart, is now accepting reservations, which are available from 5 p.m. on August 13.

While Stewart has published nearly 100 books on cooking and entertaining, the Bedford will be the first foray into full-service dining for the businesswoman, TV personality and best friend of Snoop Dogg. According to a statement, the Bedford aims to give guests an authentic insight into how she entertains in her own home. “We have worked tirelessly to bring my farmhouse from Bedford, New York to Las Vegas to life, and I believe visitors will be thrilled with what we have imagined,” Stewart said in a statement.

Designed by Stewart, the 194-seat restaurant is directly inspired by her 1925 country farmhouse in Bedford, New York – the same farmhouse at which she chose to serve the house arrest part of his sentence in 2005. The design features an exact replica of his dining room and decor in a subtle neutral color scheme, while the restaurant the kitchen features white marble countertops and hanging copper pans. The restaurant also has a terrace dining area, located under the false sky of the casino’s outdoor themed area.

According to a statement, the Bedford will favor local sourcing for the menu, which includes a classic Niçoise salad with olive oil tuna and vermouth potatoes and a starter of Rockefeller oysters with spinach and watercress. .

A whole herb roast chicken will be carved up next to the table, and Martha’s mashed baked potato with creme fraiche is also mashed right on the table. Stewart’s signature dessert for the restaurant is an upside-down lemon meringue pie. The drink menu features Stewart’s Martha’s Chard California Chardonnay and a frozen pomegranate Martha-tini cocktail.

Beginning August 13, Bedford by Martha Stewart in Paris Las Vegas will be open for dinner from 5 p.m. to 10:30 p.m. daily. Reservations are available online.


Register to receive the newsletter