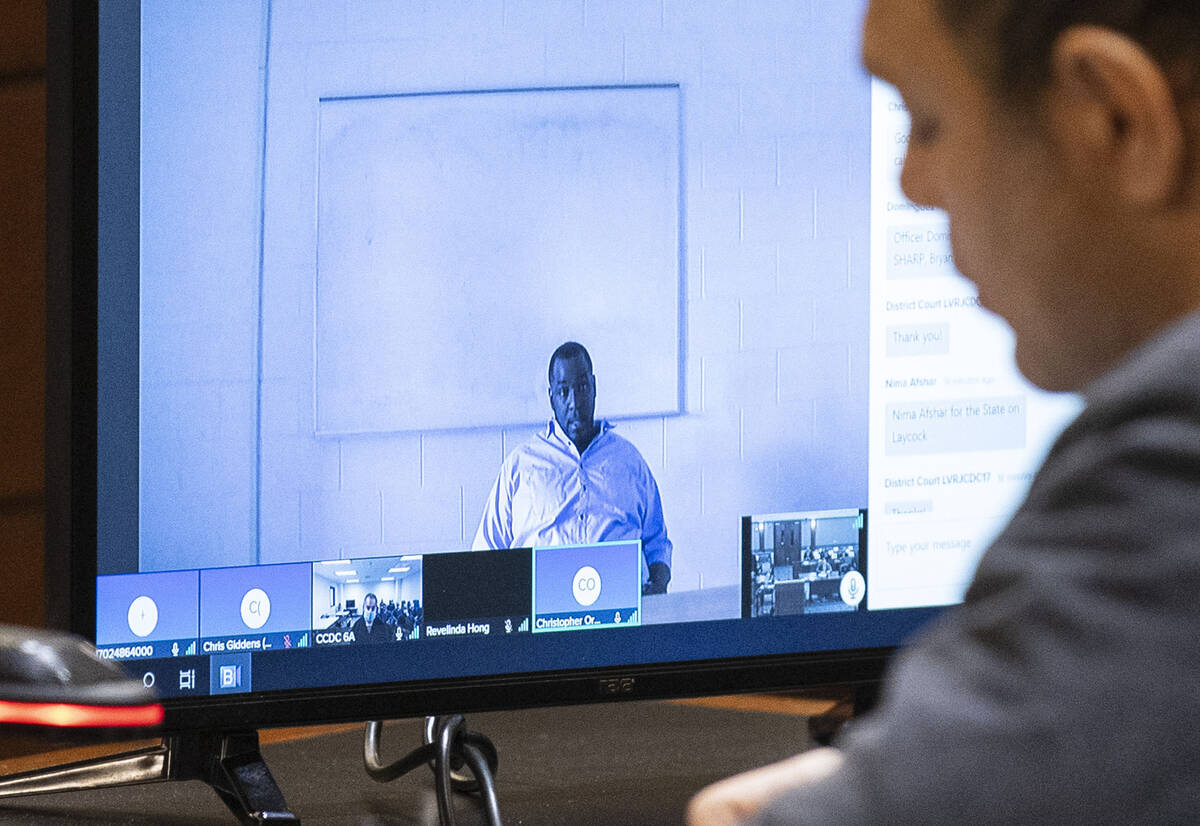 A Las Vegas judge again sentenced a 46-year-old man to life in prison on Wednesday for a fatal 2007 bombing atop the Luxor parking lot.

Jurors found Omar Rueda-Denvers guilty of murder, attempted murder, possession of an explosive or incendiary device and transporting or receiving explosives at a retrial of the case in September.

Rueda-Denvers was first convicted and sentenced to life in prison without parole in 2010, alongside his friend and co-defendant, Porfirio Duarte-Herrera, according to court records.

District Judge Michael Villani handed down the same sentence in a hearing on Wednesday.

“Obviously this was a very serious crime. It was sophisticated and planned,” Villani said. “There was extreme danger to hotel guests.”

The 27-year-old died in the blast when he unwittingly picked up the bomb from the top of his car after his shift in Luxor. Caren Chali, the mother of Rueda-Denvers’ then 3-year-old daughter, was not injured in the blast.

The murder initially fueled fears of a possible terrorist attack on the Strip, until investigators focused on the two suspects. Prosecutors initially sought the death penalty in this case.

In 2019, a federal judge granted Rueda-Denvers a new trial, ruling he was unable to cross-examine his co-defendant, whose incriminating statements to police were presented to the jury.

At the September retrial, prosecutors described Rueda-Denvers as a jealous ex-lover obsessed with Chali. Defense attorney Christopher Oram, who also represented Rueda-Denvers in the first trial, said the man followed Chali because she was keeping her daughter away from him.

Prosecutor Christopher Hamner said Wednesday he doesn’t believe the second trial yields evidence that “would warrant a reduction in the original sentence.”

“It would be almost absurd if his friend, who prepared the bomb at his request, ended up spending the rest of his life without the possibility of parole, when he himself would then have the opportunity, potentially, to see the light of day. “Hamner said.

Oram argued that Duarte-Herrera was a “serial bomber” who was convicted in a 2006 Halloween bombing that destroyed a van parked outside a Home Depot. He said that even if Rueda-Denvers was given the possibility of parole, he would likely spend the rest of his life in prison.

“But it would inspire him to keep trying to be a productive member of prison society,” the attorney said.

Oram announced his intention to appeal the verdict of the second Rueda-Denvers trial.