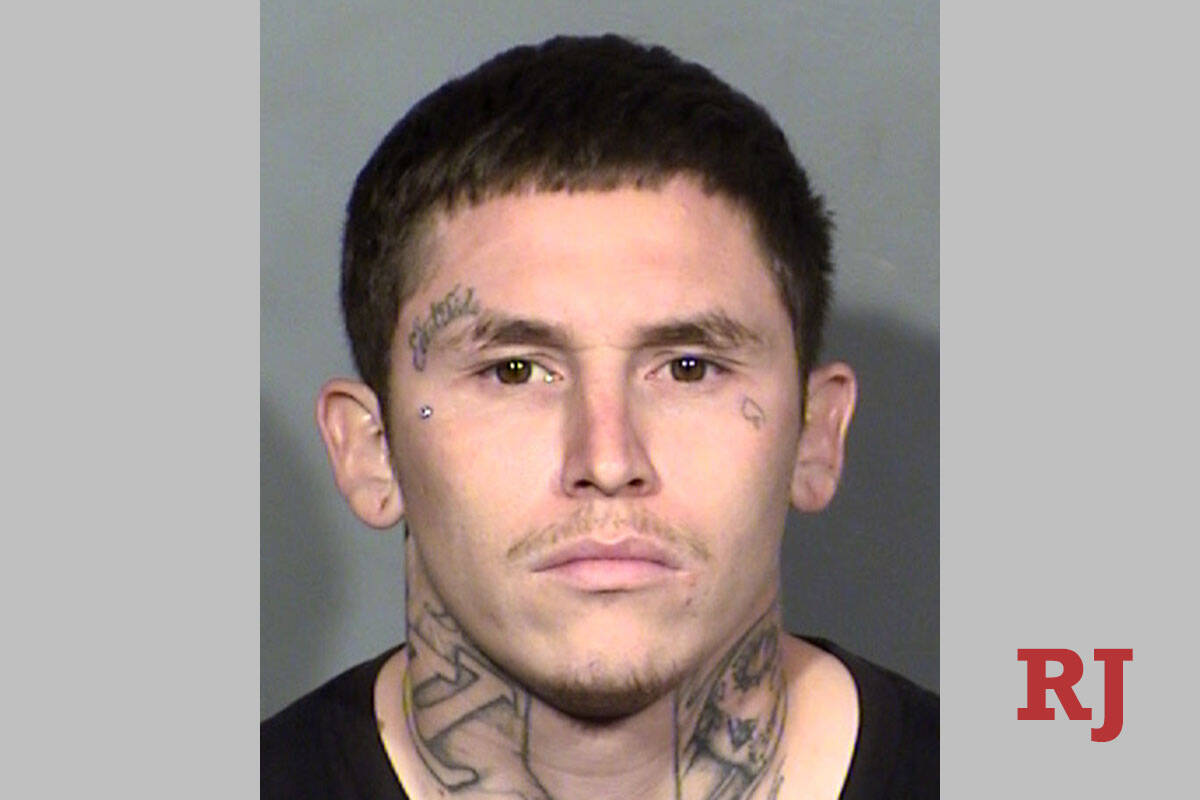 A Las Vegas man is accused of shooting two people in May near the Strip, leaving one of the victims paralyzed.

Kristopher Gonzales, 26, was booked into the Clark County Detention Center a week ago in the May 15 shooting of a man and woman at the Alexis Park Resort, 375 E. Harmon Ave ., near Koval Lane.

A Las Vegas police arrest report for Gonzales said the 2:45 a.m. shooting occurred during an argument between two groups of people near a pool at the resort.

Police said as the argument escalated, a man pulled out a gun and a fight for the gun ensued. The person with the weapon then discharged the weapon repeatedly, striking the victims.

The male victim was shot multiple times and paralyzed, police said. The woman was shot in the leg.

Police said video evidence and testimony led them to suspect Gonzales was the shooter. Additionally, a temporary tag on a vehicle used by the shooter to come and go from the crime scene returned to Gonzales, police said. After his arrest, police said they questioned Gonzales about the shooting.

“Gonzales admitted to drawing a gun and shooting the victims as he struggled to retain possession of the gun,” a detective wrote in the report. “Initially, Gonzales claimed he was charged by 20 people prior to the shooting. I showed Gonzales a video clip that was taken from a cell phone camera during the incident. Gonzales then said: “Things got out of hand.”

Gonzales was charged in Las Vegas City Court with two counts of attempted murder and assault, each with use of a deadly weapon. He is also accused of being a prohibited person in possession of a firearm. He had previously been convicted in 2016 in Clark County of conspiracy to commit robbery, according to police.

A preliminary hearing in the case is scheduled for September 1.