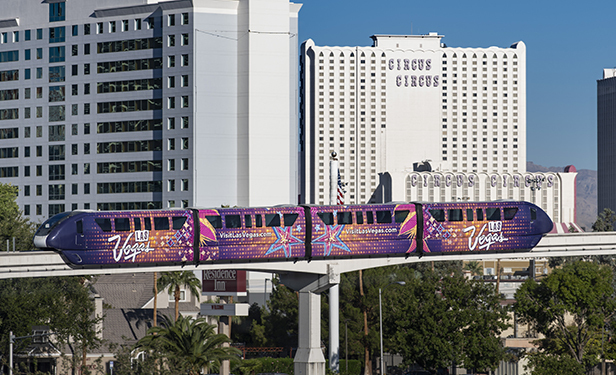 The Las Vegas Convention and Visitors Authority acquired the assets of Las Vegas Monorail Company to preserve an important transportation option along the Las Vegas Strip. The transaction was finalized on December 9, following the approval of the sale by the US bankruptcy court on November 24.

The company was bought for more than $ 24 million, according to LVCVA officials.

The transaction also enables other transportation options on the east side of Las Vegas Boulevard by eliminating the non-compete zone around the monorail system while paving the way for the construction of the Boring Company’s underground tunnel, the Vegas Loop, through the desert destination. . Approval for the lifting of the monorail non-compete zone was granted by LVCVA’s board of directors on December 10.

Before its operations were suspended last spring due to COVID-19, the 3.9-mile elevated monorail moved nearly 5 million people a year, many of whom attend meetings and trade shows in Las Vegas. Convention Center and at resorts along the Strip.

Here are some key facts about the Las Vegas Monorail, which was previously the only private public transportation system in the United States:

According to LVCVA officials, the CVB hopes to resume operations in May before Memorial Day weekend, when demand for visitors is likely to be higher. The expertise of key personnel from the existing monorail team will be retained and part of Western Management Group will be engaged by LVCVA to manage and operate the system.