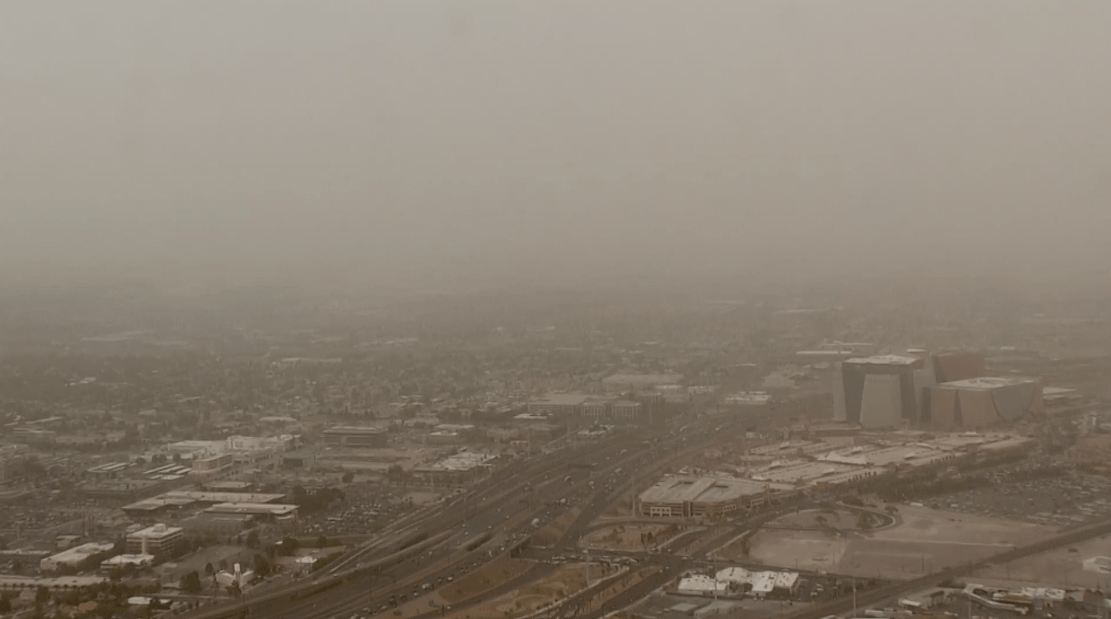 LAS VEGAS (KLAS) – With wind gusts reaching nearly 60 mph in parts of the Valley on Monday, NV Energy was ready for an outage.

8 News Now spoke to local residents and tourists who were all in good spirits about Monday’s high winds, and all were surprised by the strong gusts, but didn’t stop them from having a great time in Las Vegas.

“Very surprised,” said Welsh visitor Ian Evans. “I was expecting it to be very hot to be honest, but the breeze is great for me, I’m happy.”

A severe wind warning was in effect Monday across the valley for gusts of up to 70 mph. While many parts of the city saw 40-50 mph winds, that didn’t stop tourists from heading off the fabulous Las Vegas sign, though it may have changed plans slightly.

“I was coming off a weather advisory in California because half of our power was out in town, so I was expecting to come in the sun,” California visitor Jenna Redman said.

“We’re actually really disappointed with this weather because we came to take photos in the desert and had to change locations because it was dangerous,” said Kara Tabita, a visitor from Colorado.

Lines weren’t as long at the sign due to intense winds and dust in the air.

“It’s the first time I see it so badly, because sometimes you feel it at night and it’s not a problem, but when you feel it in the daytime like right now, I better stay a while in the car,” one local resident said.

Scott Kaufmann of NV Energy shared that the company had planned accordingly in anticipation of high winds.

“We have teams waiting and staying late today and we are doubling down on some of our field recovery missions, so if anything were to happen we can get out and respond as quickly as possible,” he said.

Regarding outages, NV Energy did not see any significant areas affected by high winds. Gusts are expected to continue for a few more hours and should subside early Tuesday morning.

Getting to the NFL Draft in Las Vegas: RTC Express Bus, Monorail, Rideshare; Be sure to plan ahead to reach the center of the strip