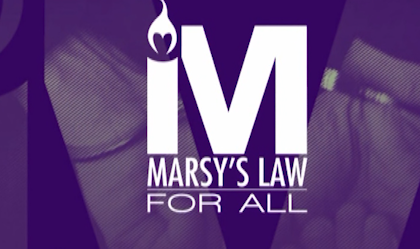 LAS VEGAS (KLAS)— Each April, National Victims of Crime Rights Week aims to defend the rights of survivors and promote policies and support services for those in need.

SafeNest CEO Liz Ortenburger said it was a good way to raise awareness of resources available to survivors.

“For some people shelter is an immediate need and we have it available but for others it is can you help and guide me through the legal process can I get a protection order I’m worried about custody of my children or I’d like to access funding for victims of crime,” Ortenburger said. “The justice system does a great job of punishing offenders, but doesn’t great job supporting survivors and victims through a very difficult process, so this is a great week to bring attention to your rights, what you are entitled to as a survivor of an assault violence or violent crime, and what that looks like to make sure we are holding stakeholders and people in that space accountable.”

This year, the city will turn purple in honor of Marsy’s law passed in Nevada in 2018.

Marsy’s Law of Nevada spokesperson Kim Schofield said the law ensures crime victims and their families have information about their case.

It is named after Marsalee Nicholas, who was murdered by her ex-boyfriend in California in 1983.

“Marsy’s Law for Nevada was first approved by lawmakers in 2 sessions and then by voters by an overwhelming majority in 2018,” Schofield said. “What it does for the State of Nevada and every citizen living here is give them codified protection in our constitution, which did not exist before for the rights that are then granted to them if they become victims of ‘a crime.”

In recognition of this week, Marsy’s Law for Nevada asks everyone to come together and wear purple.

Grass Valley’s Steve Stubelt shares the latest with AMPP, the cloud, and the future of live production environments