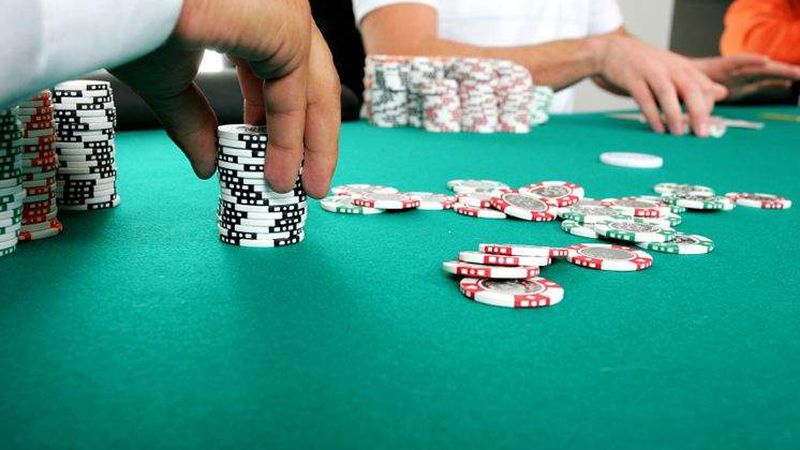 TALLAHASSEE — After spending more than $70 million and wrangling in court for months, supporters of a proposed constitutional amendment that would open the door to Las Vegas-style casinos in North Florida have abandoned their efforts to place the measure on the 2022 ballot.

The showdown over the casino initiative pitted Las Vegas Sands Corp. to the Seminole Tribe of Florida and included allegations of death threats against workers collecting signatures for the ballot proposal, accusations that supporters of the measure violated state law by paying workers to sign off and quarrels. about the tribe’s efforts to “redeem” the signature collectors.

Las Vegas Sands paid at least $73 million to Florida Voters in Charge, a political committee that sponsored the casino initiative, while the Seminoles spent at least $40 million to keep it from reaching the ballot of November, according to the state Division of Elections website.

The initiative was designed to allow existing pari-mutuel parlors in North Florida to offer Las Vegas-style gaming. The Seminoles are the only casino operators in the state.

After failing to submit nearly 900,000 valid petition signatures by the Feb. 1 deadline, the Sands-backed committee filed a lawsuit that, in part, asked Leon County Circuit Judge John Cooper , to extend the deadline. Cooper last month denied the request, leading the committee to file a notice of appeal with the 1st District Court of Appeals. The Florida voters in charge dropped the appeal last week and filed a notice of voluntary dismissal of the case with Cooper on Friday.

Florida Voters in Charge “has begun the process of disbanding the committee and its efforts for the 2022 election cycle,” committee spokeswoman Sarah Bascom said in a prepared statement.

“While the committee believes it has submitted more than the required number of voter signatures to make the 2022 ballot, the various hurdles the committee would have to overcome to vindicate those voters and make the ballot – including the most recent is the passage of a law questioning the availability of Supreme Court review of ballot language — makes achieving that goal untenable,” Bascom said, alluding to an election law passed last month.

Bascom did not say whether the committee plans to revive the effort for 2024.

Although placing so-called citizens’ initiatives on the Florida ballot has long been an expensive undertaking, casino proposal costs have skyrocketed in part due to a 2019 law that banned paying signature collectors based on the number of petitions they collect.

Florida voters in charge raced against time after the proposed constitutional amendment began circulating in June. The petitions are only valid for one election cycle, so proponents of the measure will have to start from scratch if they want to put the proposal on the 2024 ballot.

You are all registered!

Want more of our free weekly newsletters in your inbox? Let’s start.

Explore all your options

The Sands-backed plan was one of two gambling-related initiatives that failed to garner enough signatures to reach the ballot this year. The other proposal called for allowing sports betting at professional sports venues, pari-mutuel facilities and statewide via online platforms.

Both measures were met with significant opposition from the Seminoles, but the tribe focused on defeating the casino proposal when the sports betting initiative failed to gain momentum in the end. from last year.

The tribe launched a statewide television campaign against the gambling measures and began circulating its own petition, which carried no legal weight, expressing support for an agreement between the state and the tribes. Seminoles that lawmakers approved in a special legislative session last year.

This agreement, known as the pact, would give the tribe control of sports betting throughout Florida. The pact is on hold while a Washington, D.C.-based appeals court reviews a federal judge’s ruling that US Department of the Interior Secretary Deb Haaland, whose agency oversees tribal gambling , did not have the power to authorize the entry into force of the agreement.

Florida Voters in Charge filed a lawsuit in December accusing the tribe of trying to “sabotage” the casino initiative, in part by unlawfully interfering with workers trying to collect signatures.

The Seminoles retaliated by accusing the initiative’s funders of breaking the law by paying petition collectors for signing.

After fierce legal battles, the Sands-backed committee dropped the lawsuit — a day before a Feb. 1 deadline to submit petition signatures to the state’s Division of Elections — and filed a separate legal challenge asking Cooper more time. The lawsuit also accused election supervisors of sitting on stacks of petitions and challenged signature-matching requirements used by local election officials, arguing that “tens of thousands of signatures” were discarded without giving voters the ability to “cure” signature mismatches. The legal challenge also alleged that certain Florida laws governing the campaign initiative process were unconstitutional.

In February, Cooper allowed the Seminoles, a tribally funded political committee known as Standing up for Florida Inc., and committee chairman Pradeep “Rick” Asnani to intervene in the lawsuit.

In a March 22 motion for summary judgment, attorneys for Standing Up for Florida said Cooper should reject plaintiffs’ arguments. Cooper was scheduled to hold a hearing in the case on April 7.

As the legal rejection of the casino initiative dragged on, Las Vegas Sands CEO Rob Goldstein recently acknowledged that the effort to make it on the ballot this year was doomed.

“In Florida, we failed recently. We had a disappointing result, but I think it’s early in the round. We will be in Florida, in my opinion. It’s just a matter of when it happens,” Goldstein said. The Las Vegas Review Log in March.

Why Debt Consolidation May Be a Better Choice Than Debt Settlement