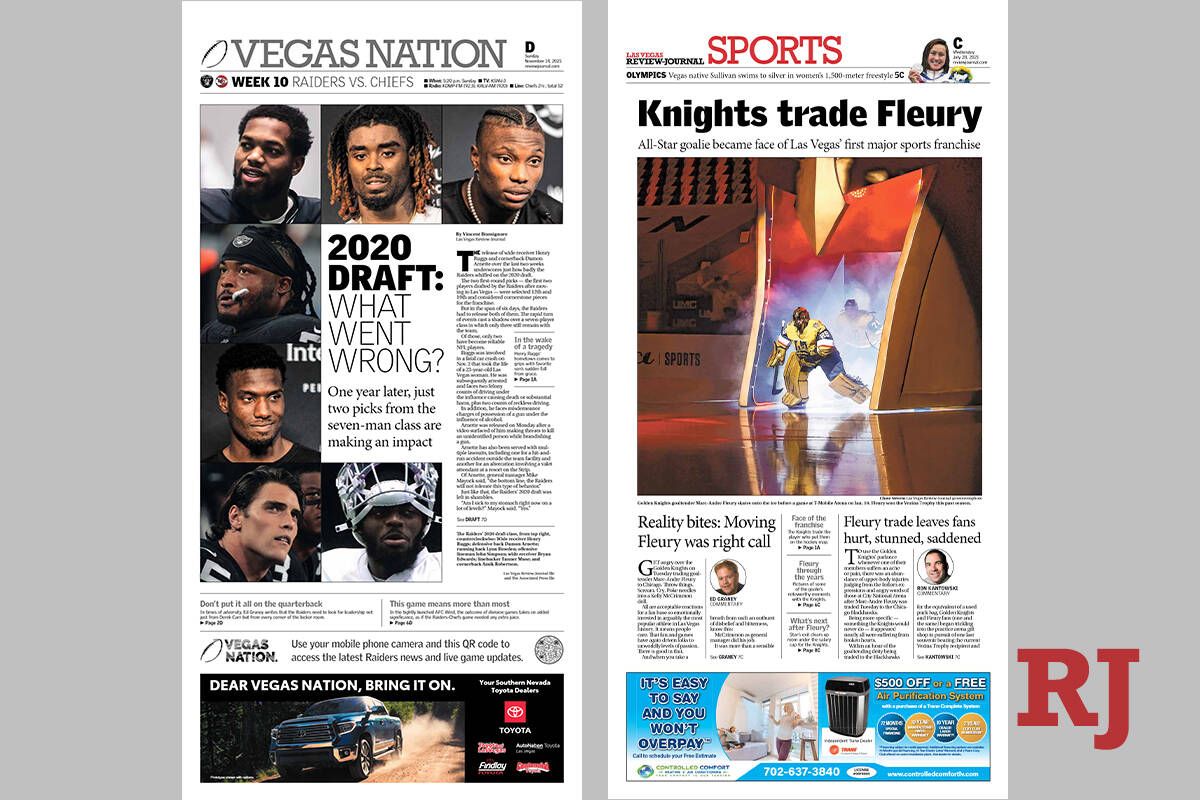 The Review-Journal won the top prize in the Associated Press’ annual Sports Editors’ competition this week, finishing in the Top 10 for daily, Sunday and website coverage for the industry’s coveted “Triple Crown.” .

“Each year, the Review-Journal’s sports team reaffirms itself as one of the best in the country,” RJ editor Glenn Cook said Thursday. “Our work in 2021, covering great story after great story, has been some of our best ever. Thank you to the APSE for putting the Revue-Journal in the spotlight, and thank you to our loyal readers for trusting us to bring them the news they want every day.

The top 10 individual awards from the RJ Sports department were:

— Vincent Bonsignore for his rhythmic cover of the Raiders.

– Bonsignore in the breaking news category for his story about Las Vegas receiving the Super Bowl in 2024.

– Adam Hill, Ed Graney, Sam Gordon and Bonsignore in event coverage for their stories about the resignation of former Raiders coach Jon Gruden.

— Ben Gotz for his explanatory article on the impact of Jack Eichel’s surgery on sports medicine after his acquisition by the Knights.

This is the sixth year in a row that the RJ has won several prizes in the competition. Last year, RJ won the coveted “Grand Slam” award for achieving top 10 finishes in four areas, but the organization no longer honors special sections in larger draw categories.

The competition rewards the best in the sports sections, sports writing and sports reporting. The organization includes representatives from most daily newspapers and major sports websites in North America.

Bill Bradley is sports editor of the Review-Journal. He can be reached at [email protected] or 702-387-2909. Follow him on Twitter @billbradleyLV.