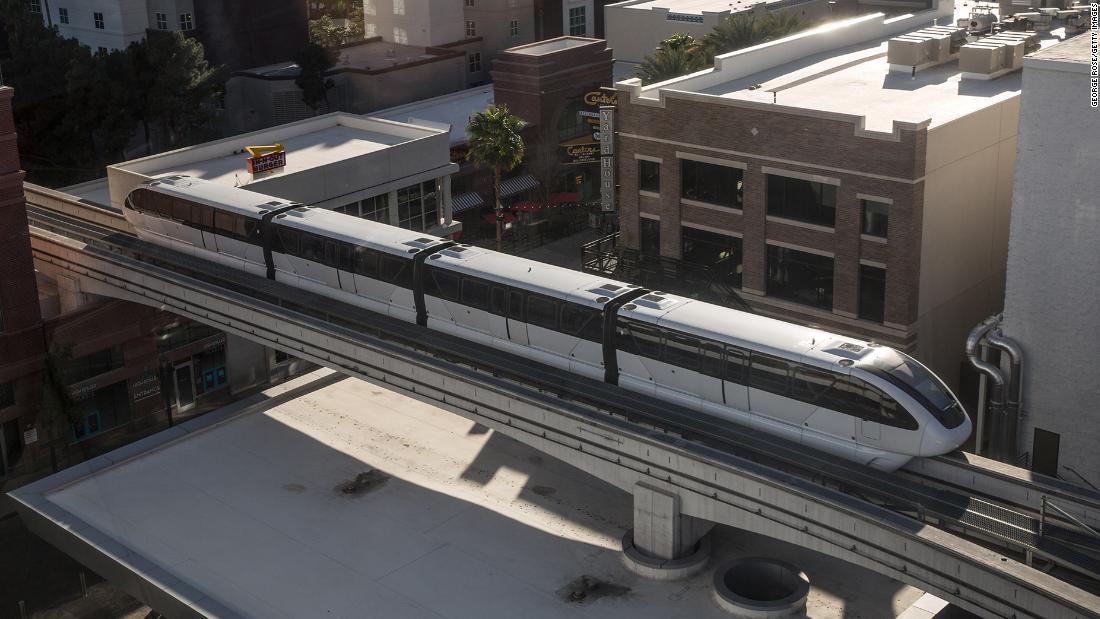 Las Vegas monorail files for bankruptcy but could survive pandemic

The monorail closed on March 18 and has yet to reopen. Transit systems around the world have seen declining ridership and increased costs to clean and disinfect their trains and buses.

But visitors to Vegas should still have the option of riding the monorail on future trips.

The bankruptcy filing is part of the monorail’s deal to sell to the Las Vegas Convention and Visitors Authority, which has made an offer of up to $ 24.3 million for the company. The authority plans to continue to operate the monorail if the acquisition is successful.

An authority purchase of the monorail could pave the way for an expansion of Loop, an underground transportation service in Tesla vehicles from Elon Musk’s The Boring Company. The loop would no longer be limited by the monorail’s non-compete rights. Two tunnels for the loop were completed in May and the system is expected to open in January 2021.

A spokeswoman for the authority declined to say whether service levels will remain constant if the acquisition is complete. Other bidders could still bid to acquire the monorail in bankruptcy court.

It is not clear what additional interest there will be in a monorail system. American monorails are generally more of a novelty than a serious and integral part of urban transportation systems.

Las Vegas’ 3.9-mile system opened in 2004. It carries five million passengers a year, according to the Las Vegas Convention and Visitors Authority.

Aside from the Disney World resorts, the only US monorails are in Las Vegas and Seattle, according to Keith Walls, vice president of the Monorail Society, an organization that promotes monorails. Seattle is only a mile and a half long. Most of the world’s monorails are in Asia, Wells said. One drawback of monorails is that it is difficult for trains to switch from one track to another, which can be problematic if a city wants a large multi-line train system.

Jacksonville, Florida is in the early stages of converting its 2.5-mile monorail to an elevated road for autonomous vehicles. Its system opened in 1989, but never reached its full potential, according to a spokesperson for the Jacksonville Transportation Authority. Initial plans to expand it across the city was abandoned.

According to Walls, the Las Vegas monorail would have been more successful had it been connected to McCarran International Airport and more local destinations.