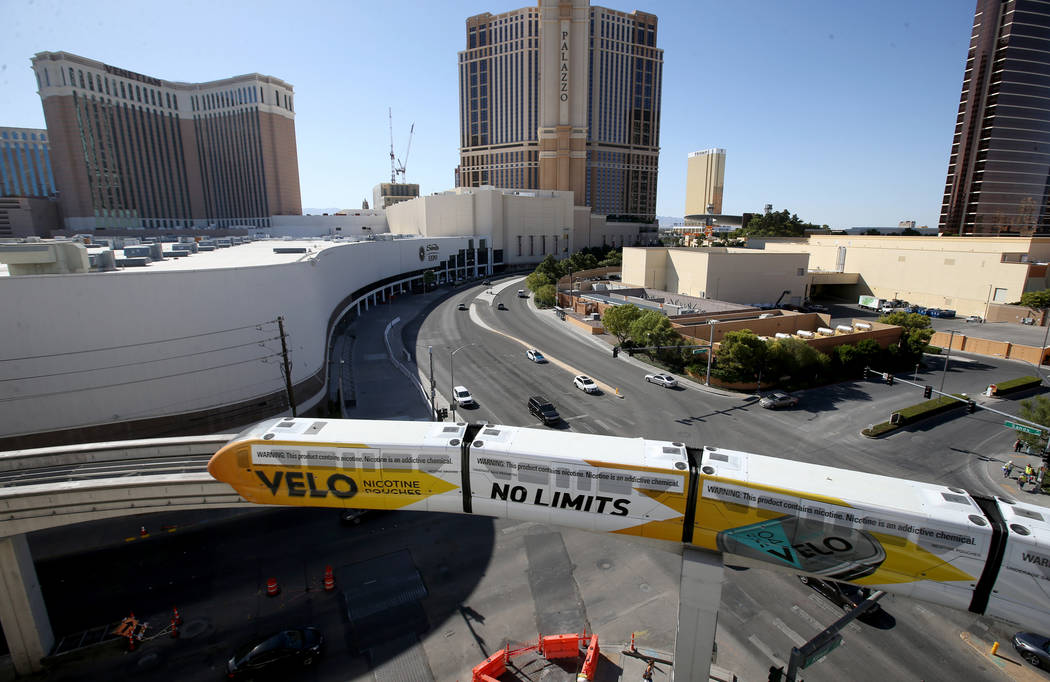 The Las Vegas Monorail Co. has taken the first step towards passenger access to a new attraction in the city – the MSG Sphere at The Venetian – by securing long-term funding for its expansion.

The company operating the 3.9-mile zero-emission electric transit system announced Thursday that it will receive $ 33.6 million in funding for the construction of a new station on Sands Avenue near Koval Lane. The station would provide a direct connection to the Sands Expo Center, The Venetian and Palazzo complexes and the MSG Sphere, the 17,500-seat entertainment venue under construction.

The transaction is part of the company’s expansion program, which will include a subsequent expansion of the Mandalay Bay complex, near Allegiant Stadium.

“Completion of this initial funding is an important and necessary step in our strategy to expand this system, which already offers substantial mobility benefits along our busy resort corridor,” said Curtis Myles, CEO of Las Vegas Monorail Co. in a statement announcing the financing plan. . “With two new resorts, we will multiply these benefits for our customers, resort partners, sponsors and our community.”

Last month, Myles said the company was preparing to split the Mandalay Bay expansion and resort development near the Sands Expo and Convention Center into two projects.

The smaller Sands Station project would access a pedestrian bridge with a connector that would lead to the MSG Sphere, a one-of-a-kind performance venue developed by The Madison Square Garden Co.

At the time, Myles said he expected the construction of the new station to cost between $ 15 million and $ 18 million.

The extension of the monorail line south to Mandalay Bay and a new station there would be more extensive, costing between $ 90 million and $ 100 million, Myles said.

Myles said about $ 13 million of the $ 33.6 million in funding would pay for Sands Station. Approximately $ 20 million will be spent on repaying an existing short-term note, building up a debt service reserve fund, repaying certain capital costs associated with the expansion project, and fees. funding.

The monorail company will continue to sell its own advertising on trains and at stations, but will rely on Pharris to manage station sponsorships and train wraps.

The terms of this agreement were not disclosed. Pharris Media President and CEO Patrick Pharris, who at the time worked with the now defunct Promethean Partners LLC, ran a successful sponsorship and advertising campaign that raised millions of dollars for the system. 2000 to 2007.

With the addition of the monorail, the expanded eight-station system would be connected to more than 30,000 hotel rooms and more than 8 million square feet of convention space upon completion.

In August, Governor Steve Sisolak refused to sign a certificate that would allow Las Vegas Monorail Co. to obtain up to $ 200 million in tax-exempt bonds, a move that officials say could affect the transit system project to build two new stations. on the Strip.

The Review-Journal is owned by the family of the President and CEO of Las Vegas Sands Corp. Sheldon Adelson. Las Vegas Sands operates the Sands Expo and Convention Center, the Venetian and the Palazzo and is a partner in the Sphere project.