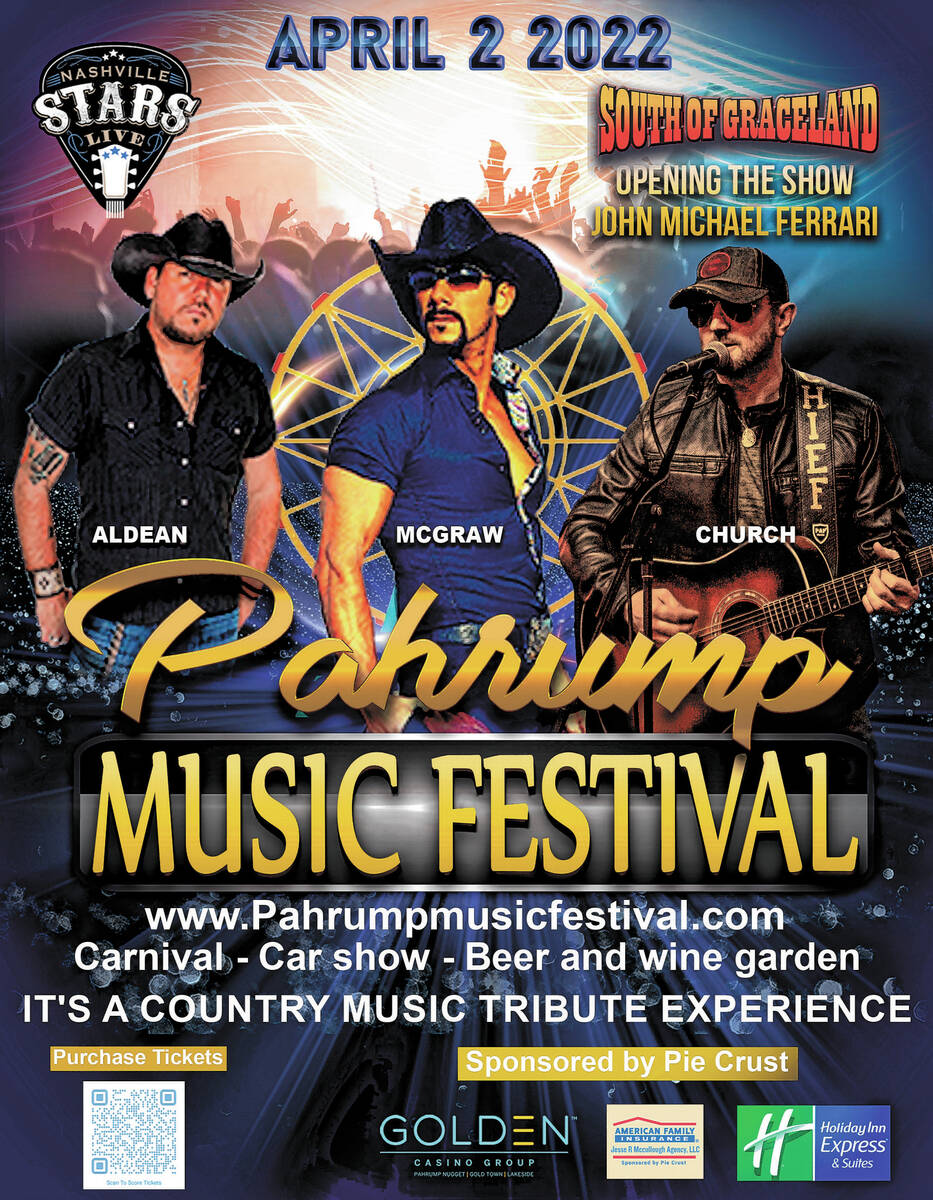 After more than two years of COVID restrictions, the residents of Pahrump are eager for a breathtaking outdoor extravaganza.

Never in the history of Pahrump has it seen an event of the size and magnitude of this year’s 2nd Annual Pahrump Music Festival, which kicks off at 4 p.m. Thursday and runs through Sunday. at Petrack Park.

According to organizers, there are expected to be between 15,000 and 25,000 people attending from Nevada, Arizona, Utah and California.

“We started booking carnival vendors, bands and gear about seven months ago, in September 2021,” said Doug Dubin, one of the event organizers. “And we are always accepting last minute bookings.”

This year’s music festival will have around 70 arts and crafts vendors on site, ranging from Tupperware sales specialists to a custom toe ring shop.

In addition to these craft, clothing, and jewelry vendors, there will be 22 food vendors offering traditional, vegan, vegetarian, and gluten-free options.

“Instead of having 10 different burger vendors at the event, for example, we’re going to have American Grill present — one vendor grilling up to 50 different types of burgers,” Dubin said.

There’s no shortage of adult drink options either. Mora Ice Cream, specializing in alcoholic ice cream, will be present, as well as a beer and wine garden.

So will fan favorite Coast 2 Coast.

“Coast 2 Coast originally made the Lobster Mac N Cheese, and it’s still a hit with our festival goers,” Dubin said.

This year’s festivities have tripled the number of vendors from last year, according to Dubin, and they even include a car show.

There will be plenty of places to shop and eat over the long weekend.

“If you’re looking for a cheap night out filled with excitement, the music festival is the place to be,” Dubin said.

There are 15 bands playing for free during the day on the main stage, with featured bands playing at night. Tickets are on presale for $10 for one night or just $25 for all four days.

“Our $25 tickets sell for four times more than $10 tickets – you get four nights of live musical entertainment for a fraction of the price,” Dubin said.

The cost to bring all these groups together for four days of fun? A staggering $60,000.

“Participants really get a good deal here. Plus, I’m so confident in the quality of the entertainment that I’ll refund the $10 if it had to come to that.

There will also be eight groups involved in the Battle of the Groups, with four playing Thursday night and the other four playing Friday night, with the final taking place on Saturday.

A Native American drumming performance will wrap things up on Sunday.

While there’s plenty of adult entertainment at this year’s music festival, kids of all ages are also sure to have a blast.

The rides include a 109-foot tower that ships from G&S Shows, a popular carnival ride company that supplies California, and now Pahrump, with a full line of rides and attractions, exciting games, and delicious food. for the past 25 years.

Superslides, scooters and a fun wheel, to name a few, will also make an appearance at this year’s massive carnival attraction.

Tickets for the carnival rides pre-sale will cost $30 per day, for unlimited rides.

In addition to the plethora of clothing and craft vendors, live music and food, the second annual Pahrump Music Festival will feature a raffle and auction of more than 30 items, including three gas cards from $100, a D’Angelico guitar ($1,000 value), and one-hour live-fire training with ammunition from Blackstone Gun Safety to name a few.

“Come for the music and stay for everything else,” Dubin said.

Can you stop wage garnishment with debt consolidation?