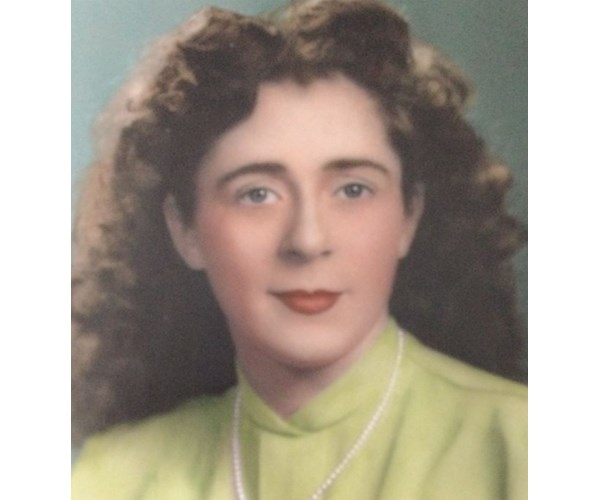 Jean Marino died peacefully in the early morning hours of February 20, 2022, with his daughter by his side. She recently celebrated her 95th birthday with video calls from her beloved grandsons Jason and Brett, it was a highlight of her day.

Jean was born in Philadelphia, Pennsylvania on February 16, 1927, the son of James Brogan and Geneviève Marcoux. Jean and her mother moved to the Los Angeles area in 1931.

During the latter part of World War II, Jean was employed at the Naval Supply Depot in San Pedro, California.

Jean met the love of his life, Donald Marino, in January 1947. This handsome young sailor waltzed into the rink and took it away. They were married in Las Vegas, NV on April 12, 1947 and shared 68 wonderful years together. During her husband’s extended military service (USAF Ret), they lived across the United States, including 2 years in Japan.

After arriving in Napa in 1959, Jean began as a volunteer at St. Apollinaris Catholic School, later becoming the school secretary until her retirement in June 1983.

To Jean’s surprise, in March 1983 she was honored as “Secretary of the Year” by Grolier Educational Services at the National Catholic Education Association convention in Washington, D.C. Sr. Mary Corcoran SM, then Principal de St. Apollinaris wrote a letter to Grolier naming Jean for this honor. An all expense paid trip was presented to him and Sr. Mary with Don also present.

In 1987, with the encouragement and support of her friend Ann Schill (deceased), they opened the religious gift shop at the Carmelite House of Prayer in Oakville.

The family would like to thank Collabria Hospice for their compassion and care over the past 2 years.

A memorial service will be held at the Tulocay Mortuary in Napa CA on April 4, 2022 at 11:00 a.m. with a reception to follow in the reception hall.

In lieu of flowers, the family offers donation suggestions to the Carmelite House of Prayer, PO Box 347, Oakland CA 94562; Collabria Hospice of Napa; St. Apollinaris Catholic School; or to a charity of your choice.