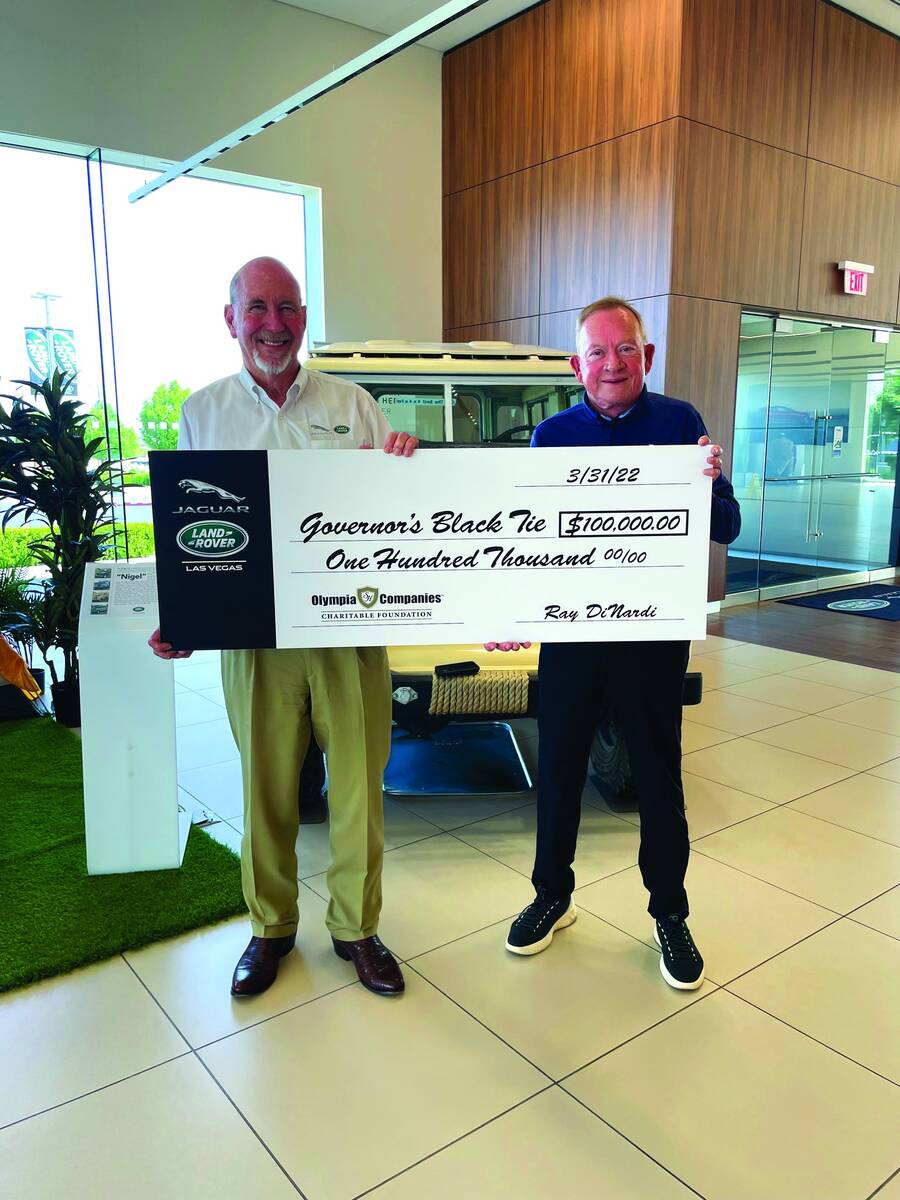 For more than 20 years, the incumbent Governor of Nevada has headlined the Black-Tie Invitational golf and social event dedicated to raising funds for numerous non-profit organizations that support children, teens and women in need across Las Vegas.

Even after the pandemic, the Governor’s Black Tie Event continues to be a premier fundraising event. The 19th Annual Governor’s Black-Tie Event, hosted by Olympia Companies Southern Highlands Charitable Foundation, is a massive three-day celebration and has continually raised over $1 million for local charities.

“Jaguar Land Rover Las Vegas is proud to have participated in the Governor’s Black Tie event for several years now,” said dealership general manager Ray Dinardi. “The money raised supports local charities which have been hit hard in recent years by all the challenges of the (pandemic) closures.”

Discussing this year’s event, he said, “We couldn’t do what we do without the very strong support from the community and from companies like Findlay Automotive Group and Jaguar Land Rover Las Vegas. This is exactly the type of business we are looking for when it comes to sponsorship. The support they give us helps sponsor all the different charities we work with. »