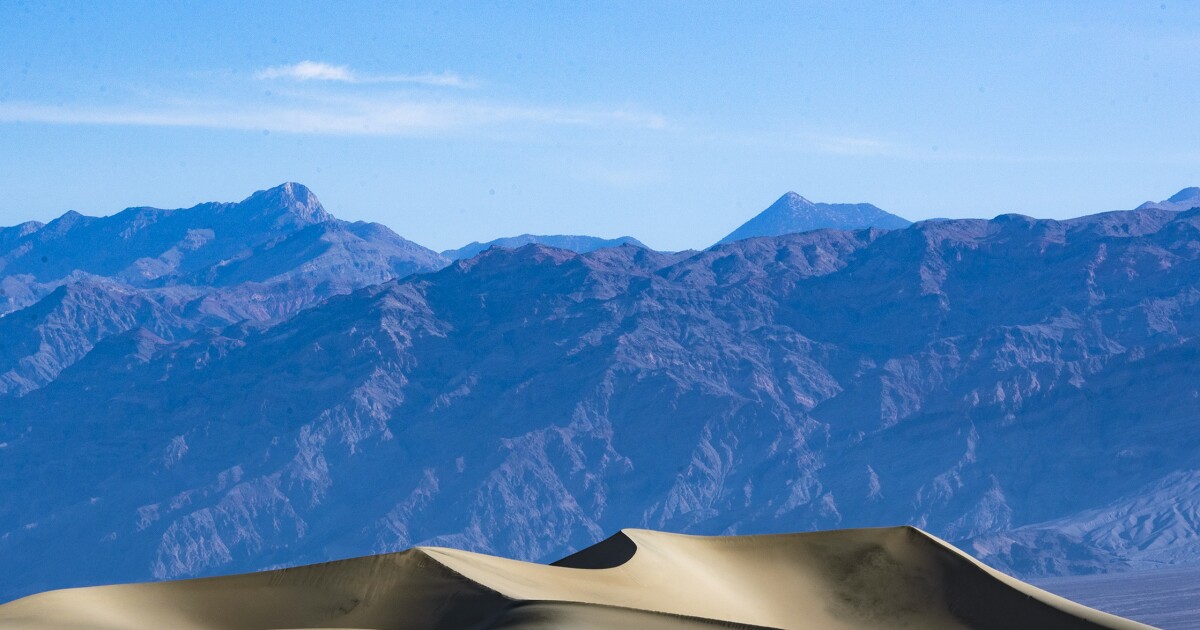 Is Death Valley really the hottest place on Earth?

California’s Death Valley is one of the hottest places on earth.

But was it actually the hottest place on earth on Thursday when the giant thermometer at Furnace Creek in Death Valley National Park hit 127 degrees?

Officials warn that this is not an entirely accurate reading.

“The thermometer reading is taken literally from this site. It’s on the back of the digital display and it’s not even properly sheltered,” said Daniel Berc, a meteorologist with the National Weather Service in Las Vegas. “It’s more of a ‘Boy, wow! Look at this number. That’s not exactly what happened here.

Although the park is full of impressive salt flats and dunes, many visitors come to see the thermometer and take a selfie, park ranger Matthew Lamar said.

“The thermometer does not meet the standards set by the National Weather Service and tends to read 2-3 degrees higher than the actual temperature,” Lamar said.

It’s a bit of a stretch when news reports point to the digital thermometer and claim Death Valley is the hottest place on Earth, Berc said. Meteorologists are generally not comfortable claiming that a place is the hottest on the planet, because it involves a lot of data and research to confirm.

“But it’s hot, I grant you that,” admitted Berc.

But there’s always the possibility of temperatures dropping just above or below the record set that day, Berc said.

This heat wave is late, landing at the end of the monsoon season. Last month, Death Valley and the surrounding Mojave landscape were submerged in water as record rainfall gave way to flash flooding. Flash flooding hit the Las Vegas Strip in late July and returned in early August.

Most of the roads have been washed away by flooding in Death Valley National Park, and officials don’t expect to start construction during the heatwave. Lamar warned park visitors to bring plenty of water and other supplies if they plan to visit during this heat wave. GPS directions may also be unreliable due to road damage and may lead some visitors onto secondary roads.

“It could be an exciting time to visit Death Valley, but guests should be prepared,” Lamar said. “Be prepared, do your research, and don’t be afraid to ask the park questions.”

A heat wave during the monsoon season is not unheard of, meteorologists say. But a late heat wave is notable, with record high temperatures reaching 8 to 10 degrees above normal, Berc said.

“People in Las Vegas don’t blink at 100 degrees. But they take note at 110 after Labor Day,” Berc said. cumulative effects of not cooling down at night and particularly harming the homeless population.”

With less time to cool off, people don’t have the luxury of recuperating at night and might not notice they are negatively affected by the warmer weather.

It can be dangerous, even deadly.

“Heat is the No. 1 weather killer,” Berc said, “because people know not to go out and stand in front of a tornado. Sometimes they don’t know better with the heat.