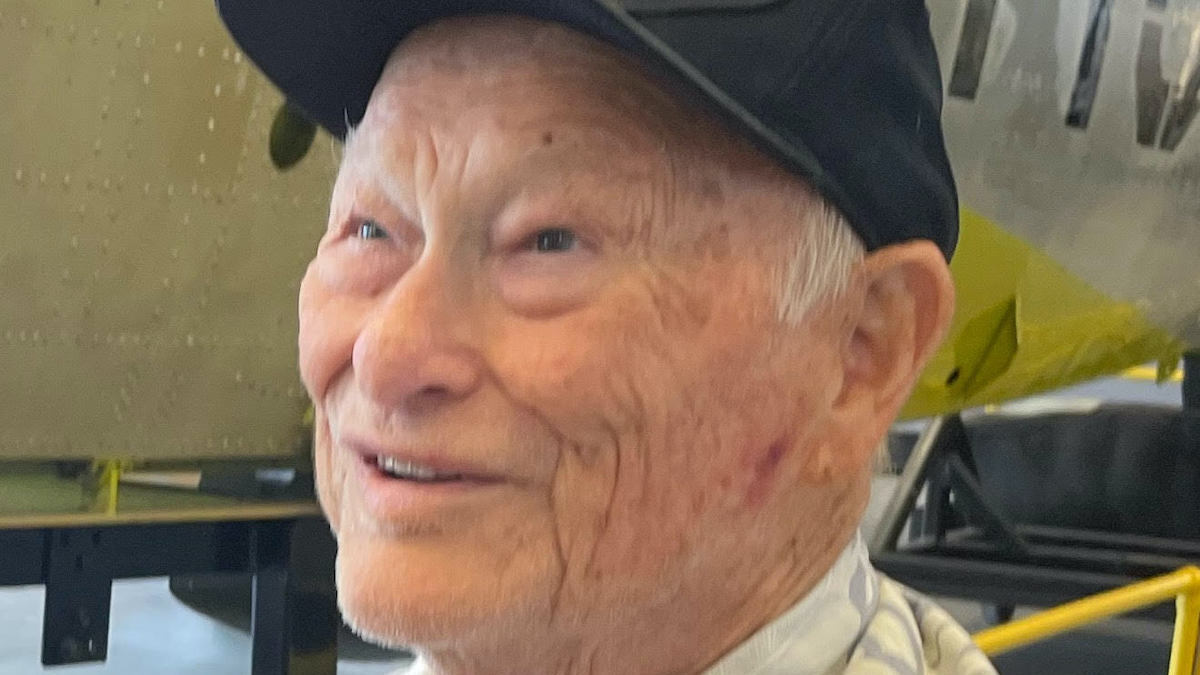 Irving “Whitey” Erlandson left this world peacefully, surrounded by his loved ones on January 5, 2022. He was born in Los Angeles, California to Axel Theodore Erlandson and Anna Sorensen on October 9, 1929, where he grew up and attended local schools. At the age of nine, when World War II broke out, he found himself stuck with his family in Sweden while visiting relatives. He had to go to school there and learned to speak Swedish.

Passionate about the outdoors from an early age, he spent a lot of time in the mountains with his parents and friends, camping, fishing or riding a motorcycle. They started out camping and eventually he helped his father build their family cabin in Lake Arrowhead as a teenager. In 1957, thanks to the Bureau of Land Management and Small Tract Act in the Southern California desert, Whitey, his uncle Gunnar Erlandson and his friend Bill Guerin were able to build the first cabin in what would later become the Frontier Trails Homeowner Association in the town of Kernville. This is where he loved to be, where so many family memories were made. Everyone was always welcome, and we often had aunts, uncles, cousins, and friends sleeping on the floor and walking out the door. There was always laughter, love and lots of adventures. He passed on his love for fishing, hunting and exploring the world to his entire family.

Working in construction with his father at a young age, Whitey earned his carpenter’s apprenticeship certificate at age 14. He built the building in El Segundo in 1956 where his family has lived for over 60 years now. He was very involved in the local community of El Segundo, volunteering to serve in many different offices and running for city council.

Whitey married Mary Alfano on September 1, 1950. They eloped to Las Vegas with another couple, and Whitey left the following week after being called up for a “Truman year” serving in the United States Navy on the USS Worcester for the Korean War. He had many adventures and traveled all over the world. He was proud of his time in service and was a member of the American Legion and a life member of the NRA. Whitey and Mary celebrated their 71st birthday together in 2021.

Beginning to work in construction for LA City, he worked up to supervision. He then worked for many years as a Buildings and Grounds Administrator (BGA) for Los Angeles school and university districts and eventually returned to LA City to complete his career.

Mary and Whitey are parents to two daughters, Linda Shaul (Bryan) and Ann Guy (Richard). They have six grandchildren, Joshua Majors, Jessica Shriner, Jacob Guy, Jacob Majors, Lucas Guy and Jolie Anselmo, as well as 14 great-grandchildren. His priority in life has always been his family. He loved fiercely and taught us many life lessons. He shared his wisdom and help with his friends and family members, becoming a mentor to many, especially the nieces and nephews of the Alfano clan. A celebration of Whitey’s life will be held in the spring.

Death leaves a heartache that no one can heal; LOVE leaves a memory that no one can steal. There is a place inside me where your fingerprint rests, your voice still lingers and your laughter rings out softly. It’s a place where a part of you will forever be, a part of me.

🌱 When We Were Young Festival + Upcoming Grammys on LV Strip