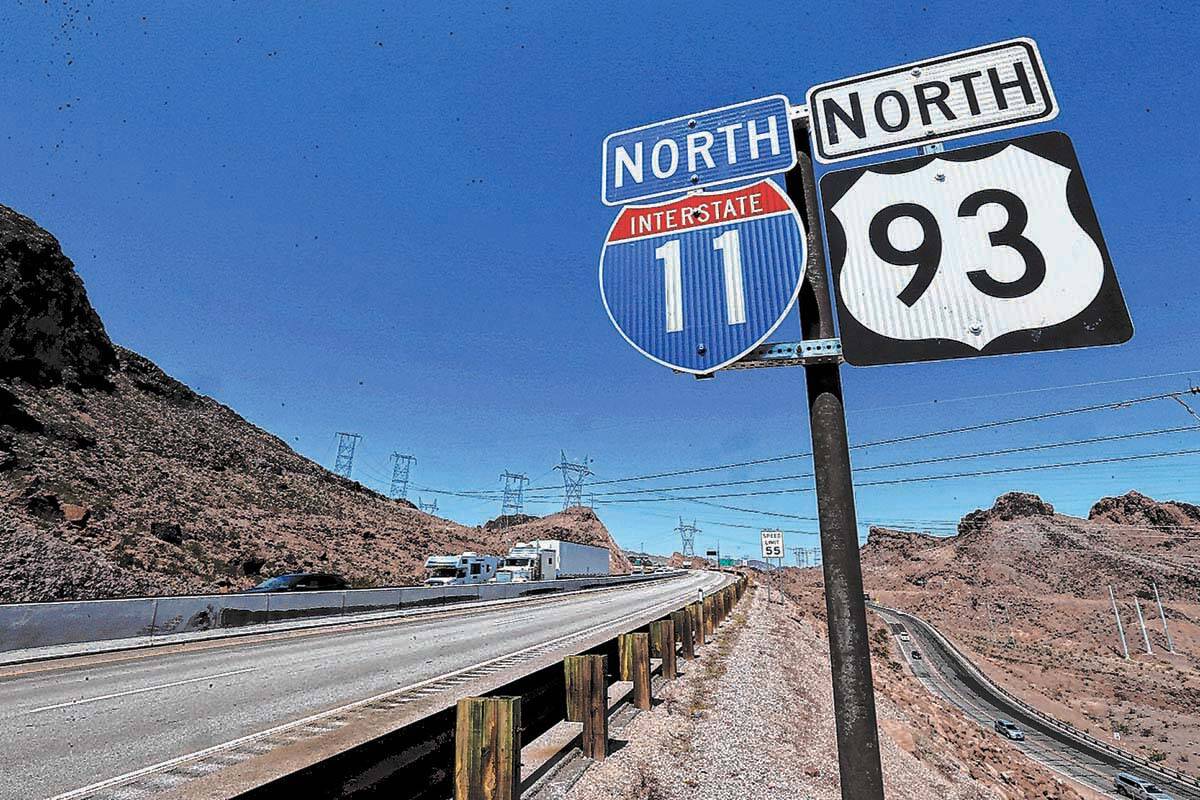 After years of considering various options, highway officials have identified the preferred route for Interstate 11 through the Las Vegas Valley.

The Central Corridor alternative that would use U.S. Highway 95 through Clark County was selected as the first choice, the Nevada Department of Transportation announced last week.

The central alternative was chosen over a western corridor alternative which would have used the 215 Beltway from the Henderson Interchange to US 95 to the northwest.

David Bowers, NDOT project manager, noted the already high traffic volume capacity of US 95 and a freeway improvement project for US 95 through downtown Las Vegas slated to begin. in 2027. Using the freeway for I-11 will create very little additional impact on traffic, he said.

“We’ve assessed the traffic impacts…and it looks like the volume we’re going to get as a result of the I-11 designation won’t be a serious impact,” Bowers said. “So we’re not going to be doing any expansion or construction of any kind in association with I-11.”

An eastern option that would have crossed the Lake Mead region near the Arizona border was rejected last year for several reasons, including potential impact on sensitive environmental resources and protected areas, financial feasibility and l public opposition.

The first 15 miles of I-11 opened to traffic in 2017 and stretches from the Henderson interchange to the Nevada-Arizona border near the Mike O’Callaghan-Pat Tillman Memorial Bridge. The original purpose of I-11 is to connect the two largest metropolitan areas not connected by a major freeway – Las Vegas and Phoenix. The longer term plan is to connect Canada and Mexico with I-11.

The NDOT and the Federal Highway Administration have released the draft Environmental Planning and Linkages (PEL) Study Report and invite residents to submit their comments to help identify any additional critical issues that should be addressed.

As work continues in Nevada, officials in Arizona are also developing their plan for the location of I-11.

The Arizona Department of Transportation is working on two parts of the I-11 project.

One is the 280 mile stretch that would stretch between Nogales and Wickenburg. The final environmental impact study for the proposed route was completed and approved in November. The proposed corridor would include a mix of new and existing roads.

The other is a 200-mile stretch from Wickenburg north to the Arizona border, which would use US Highway 93. As I-11 nears reality in Arizona, US 93 would be brought up to interstate highway standards.

“Over the past 20 years, ADOT has invested more than half a billion dollars to transform the main highway between Phoenix and Las Vegas into a modern four-lane freeway,” said Laura Douglas, spokeswoman for ADOT. dowry. “ADOT recently applied for a federal grant that would expedite three widening projects along US 93.”

In addition to these projects, in 2024 ADOT is expected to begin construction of a new US 93 interchange with Interstate 40 in Kingman. Douglas noted that the interchange is a “critical element” for the future I-11.

“These long-term investments in our highway infrastructure and the diligent work to complete these improvements all serve to create Interstate 11 between two of the nation’s largest cities not directly connected by an interstate highway,” Douglas said.

There is no timeline for the start of construction of I-11 related projects as further studies and designs need to be conducted and funding has not yet been identified.