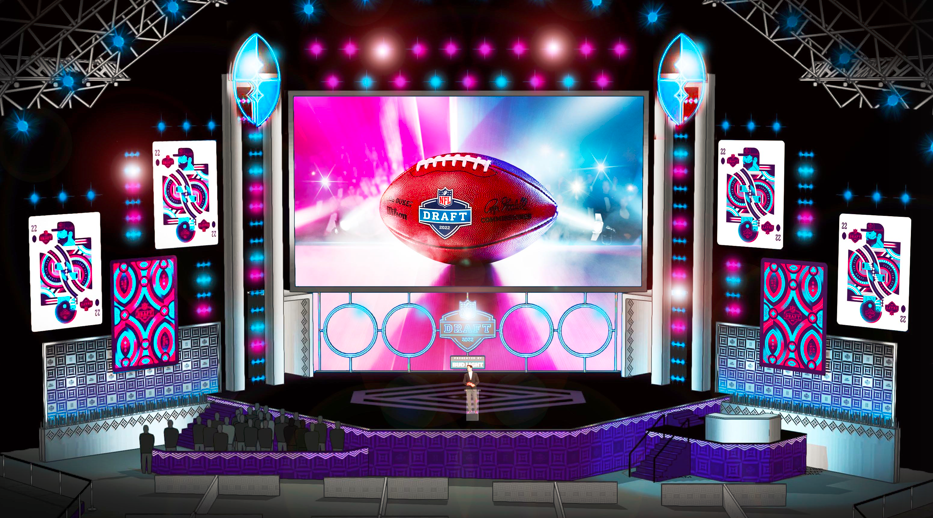 Getting to the NFL Draft in Las Vegas: RTC Express Bus, Monorail, Rideshare; Be sure to plan ahead to reach the center of the strip

By Alan Snel of LVSportsBiz.com

Be ready. In just over two weeks, 300,000 to 600,000 NFL fans are expected to descend on the heart of the Las Vegas Strip at Las Vegas Boulevard and Flamingo Road for the NFL Draft in Las Vegas from April 28-30.

The National Football League once walked away from Las Vegas because of gambling. Not anymore. The NFL has embraced the game, has one of its most popular teams in the Las Vegas market, and hosted the Pro Bowl All-Star Game at Allegiant Stadium two months ago.

And now the NFL Draft is coming to Las Vegas, and it will be a boon for tourism, as fans of other teams love to attend the event where college football players are chosen by the 32 NFL teams and presented on a large stage.

But if you’re a Las Vegas resident, how will you get to the heart of the Strip, where that busy Las Vegas Blvd-Flamingo Road intersection will be locked down and car-free during the Draft?

LVSportsBiz.com suggests taking an RTC bus from one of five satellite locations around the Las Vegas Valley where you can park your car for free, pay $4 for a round trip to the NFL Draft, and be dropped off by the “Game Day Express” bus approximately half a mile from the Fan Experience entrance. The NFL Draft is free, but you need to get the event app and download a free ticket.

All five routes will drop off/pick up on West Flamingo Road, just west of Paradise (in front of Starbucks in the Hughes Center). RTC says it’s a half mile walk to the NFL Draft Experience entrance.

Naft also recommends another RTC bus called the Deuce that connects downtown Las Vegas to the NFL Draft. The Deuce Loop Detour picks up attendees from Cashman Field, the Mob Museum and the Bonneville Transit Center downtown and drops fans off at the NFL Draft Experience.

Going to the NFL Draft is like going to Allegiant Stadium for the first time for Raiders games – consider the options and plan ahead. Keep in mind that Las Vegas Boulevard will be closed from Flamingo Road to the Cosmopolitan as the Bellagio fountains will be used as a staging area for a red carpet walk on a platform. Stage and player announcements will be made at the “Draft Theater” behind the High Roller observation wheel.

Here is a map of the closed roads:

“This is one of the largest boulevard closures the county has ever approved,” Naft said.

To get around, the Las Vegas monorail will also be there. Discounted tickets are available to fans and can be downloaded to a mobile wallet. Nevada residents can also obtain discounted round-trip tickets by presenting a state license at a customer service ticket office. You have free parking at Silver Lots 1 and 2 of the Las Vegas Convention Center. Bally’s/Paris and Harrah’s/The LINQ monorail stops will be closest to the NFL Draft Experience. The Experience is an area next to Caesars Forum.

Carpools are also available and the depot is also about half a mile from the Draft event entrance.

“Plan ahead, look at all the options, and figure out what’s best for you,” Naft said. “Make a plan ahead. You just can’t go down (to the NFL Draft) and get out.