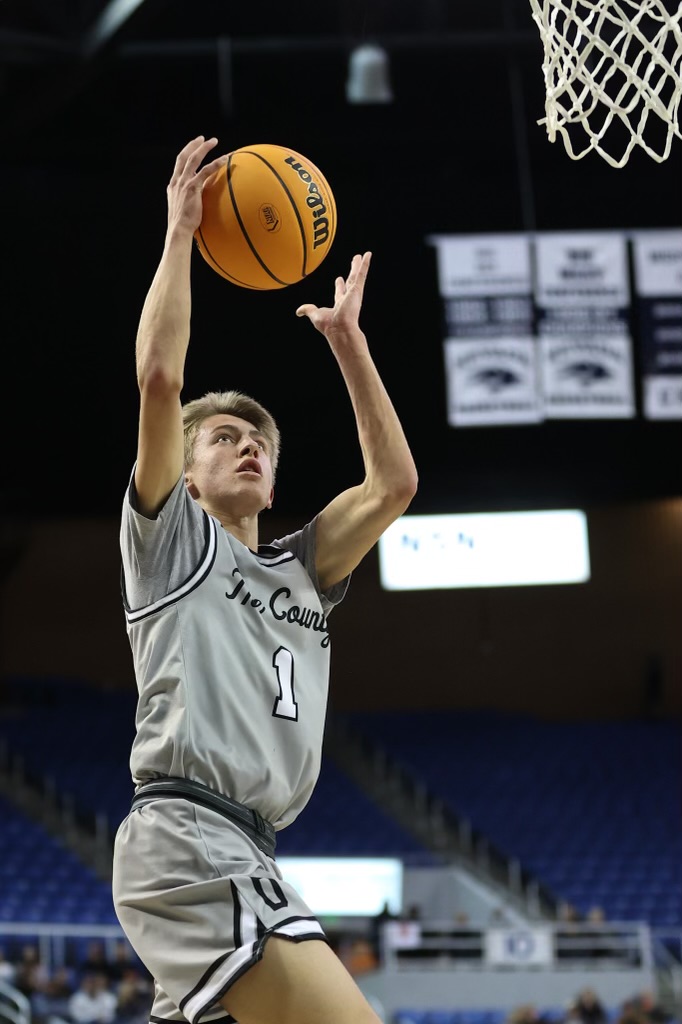 Douglas High senior Kasen Boggs goes up for a layup during the Class 5A State Semifinals against Liberty High Friday night at the Lawlor Events Center. Boggs had 13 points in his last game in a Tiger uniform.
Photo by Ron Harpin.

1 dead, 13 injured in Las Vegas hookah lounge shooting | News from the United States and the world