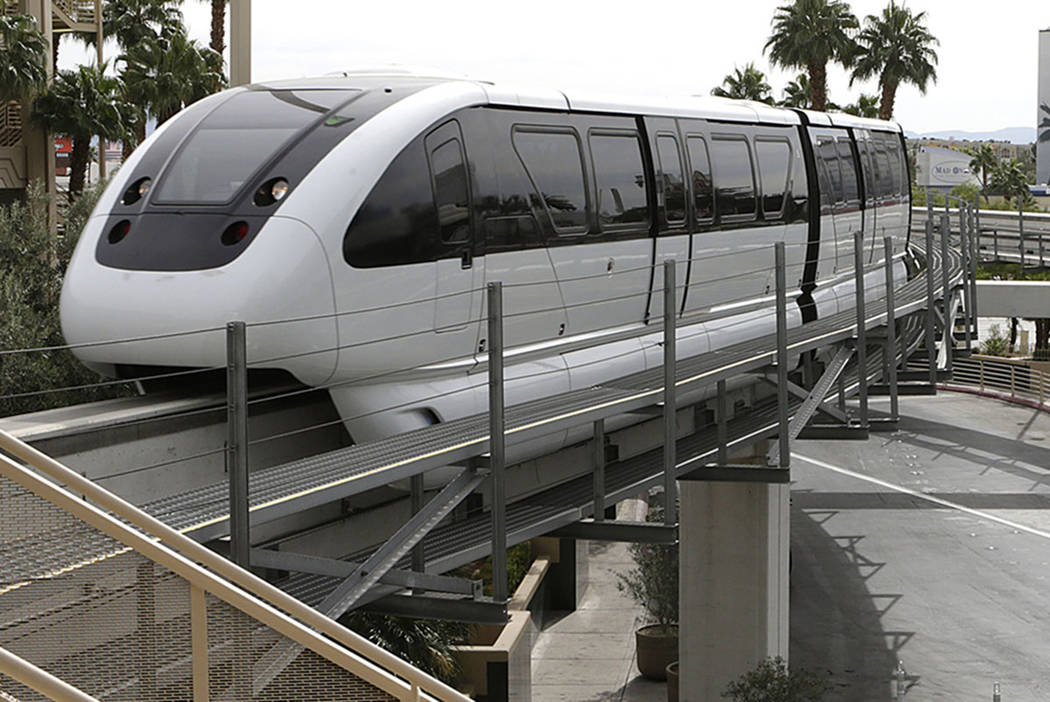 The monorail expansion from Las Vegas to Mandalay Bay now seems more hype than reality. Perhaps the project will eventually continue, but consider the predictable pattern.

Red flag #1: In December, monorail officials presented false ridership and revenue projections to justify the $110 million plan. Underlying assumptions for the proposed 1-mile extension included a 40% increase in ridership in the second year of completion and doubling ticket revenue by 2025.

A USC transportation expert told the Review-Journal that it would make the Mandalay Bay terminal “probably the most productive transit stop I’ve ever heard of.”

Red Flag #2: Michael Scott Davidson of the Review-Journal reported last week that work on the new segment had been delayed. Monorail officials have touted a June construction start date, providing a cushion of more than two years to complete the project before the NFL Raiders play their first game in Las Vegas at a new stadium on the Interstate. 15 from Mandalay Bay. We are now in the middle of July and Clark County has yet to approve the required building permits. ICT Tac.

Red flag #3: The money for the project has not yet materialized. The monorail is privately run, but last year county commissioners inexplicably agreed to set aside $4.5 million a year in tax revenue for the next 30 years that the rail line could borrow in the event emergency. The fund was meant to make it easier for monorail officials to secure private financing for the extension, given that potential investors might be worried about the line’s checkered financial past. So far, however, investors aren’t biting.

“Any information on the construction or financing of the project,” a monorail spokesperson wrote last week, “will be released in due course.” Feel free to read between the lines.

The international distress signal consists of a trio of similar signals. The three red flags couldn’t be clearer.