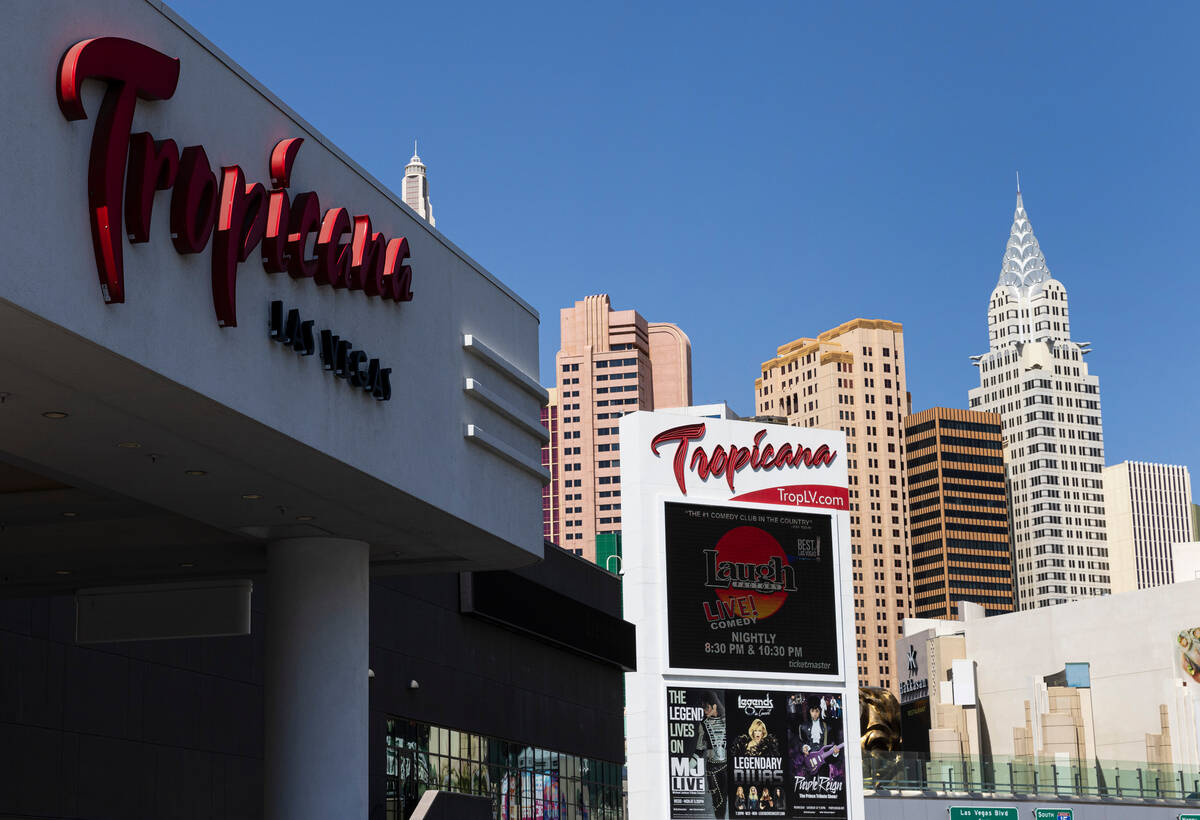 The Nevada Gaming Control Board on Wednesday unanimously recommended approval and licensing of Providence, Rhode Island-based Bally’s Corp. to acquire the operations of Tropicana Las Vegas on the Strip.

Upon completion of the transaction, Bally’s said the Tropicana would become the company’s flagship property in the West. Bally’s is already licensed in Nevada for Bally’s Lake Tahoe in Northern Nevada.

The agreement includes a land lease agreement with Penn-affiliated Gaming and Leisure Properties Inc., a real estate investment trust, which will require Bally’s to pay GLPI $10.5 million per year for 50 years.

The recommendation will be considered for final approval by the Nevada Gaming Commission on September 22.

The deal is expected to close on September 25 or 26.

Regulators said they have many questions for the company’s executives and compliance officers as Bally’s has grown rapidly over the past two years. But board members said they were confident the company’s oversight was adequate.

Bally CEO Lee Fenton, who appeared before the board online from London, said he first became interested in the gaming industry as COO and CEO of Gamesys Group, a London-based online gaming operation that was acquired by Bally’s in March 2021 for $2.7 billion.

Gamesys has become the heart of Bally’s online operations, which is almost on par with the company’s business operations.

Bally’s retail expansion has been spectacular.

George Papanier, president of retail for Bally’s, said that over the past two years he has opened Bally’s Evansville, Indiana, Bally’s Quad Cities in Rock Island, Illinois, and been the successful bidder to build Chicago’s first and only casino.

Papanier said the company will open a temporary casino in Chicago in June and complete the $1.7 billion complex at the former Chicago Tribune site on the Chicago River by the end of 2026.

Additionally, the company has begun construction of a casino in State College, Pennsylvania, and has $100 million worth of renovation projects at its Atlantic City and Rhode Island properties, as well as a $50 million renovation project at Bally’s Kansas City.

In Las Vegas, the company is considering whether to upgrade or undertake a complete redevelopment of the land, a decision that will be made after further evaluation.

“Naturally, with so many assets acquired, we are still in the process of integration, but we have made tremendous progress to date,” Fenton told board members.

Officials did not comment on whether the site could be part of a Major League Baseball stadium in partnership with the Oakland A’s. But the Tropicana location has been publicly noted as an option if the team chooses to relocate to southern Nevada.

Bally executives said operations would transition from Penn within the next six months and there would be no major real estate improvements on the property for the next 12 to 24 months.

Executives said the resort’s staffing level would remain the same with no changes to the restaurant lineup in the immediate future.

Keep the name of Trop

Papanier said the resort will initially retain its Tropicana name, but as the company begins its transition to Bally’s, it may look at other options.

The company is not affiliated with the Bally’s property a mile north on Las Vegas Boulevard, which is owned by Caesars Entertainment Inc. and rebranded as Horseshoe Las Vegas.

Tropicana’s racing and sportsbook will continue to be operated by William Hill, until the company is ready to transition to a Bally’s branded sportsbook.

Executives also said the casino would eventually transition to the company’s Bally Rewards Club loyalty program and existing Tropicana customers could either adopt the new program or redeem their Penn Entertainment mychoice loyalty points at M Resort, which is operated by Penn.

Shares of Bally, traded on the Nasdaq stock exchange, rose 69 cents, 3%, to $23.85 a share on volume about half the daily average. The stock continued to climb 1.43% in after-hours trading.