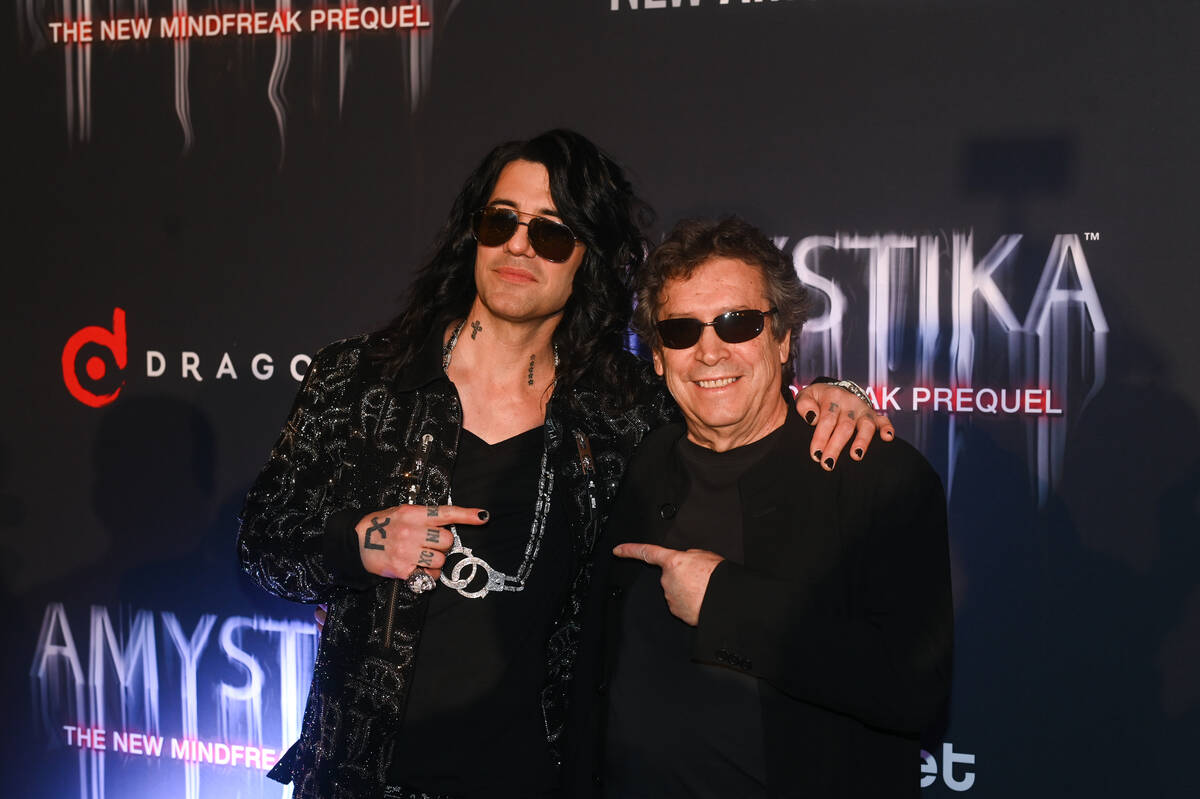 “Amystika” is intended to serve as Franco Dragone’s final directorial production. But the show was not destined for the long term at Planet Hollywood. His last performance is Saturday night.

The show that featured a fake storm blowing debris across the theater is now picking up the pieces. The show debuted in April and ran for 26 weeks.

CrissAngel, who has partnered with Dragone in the production of autobiographical magic varieties, announced on his social media pages on Friday that the show was shutting down. The veteran magician headliner used “due to recent unforeseen events” as the reason.

Dragone’s sudden and shocking death was certainly one of those events. The legendary entertainment visionary died of cardiac arrest on September 30 while working and taking time off in Cairo. His memorial service in Belgium was on Tuesday.

Three days later, Angel shut down “Amystika.” He said the production would be stepping back for a revamp and reset for an international tour. Angel himself did not appear in the production, except in voice-over, having voiced the gothic magic character Xristos in early shows.

“Criss Angel Mindfreak” continues its run, and this show pulls around 1,200 shows, five shows a week in its 1,460-seat theater. So it won’t be long.

As for the outgoing production, the CEO of Dragone Francois Girard said in the text on Saturday: “We are optimistic for ‘Amystika’. This is Franco Dragone’s final directed work and it will travel the world for more people to see. Dragone’s creative team has set up an office in the arts district and is working on several concepts, including the upcoming “Amystika”.

Girard said the team is negotiating a first location for May, and the idea is to release the show outside of the United States. It’s the most optimistic concept for a show that will need to be revamped, possibly recast (with a mix of new and current artists), and marketed to an international audience. This after failing to find an audience on the Strip.

Another production show is highly unlikely to move into the theater. The room is attractive for occasional headliners. Rob Lowewith its multimedia show, was the most recent headliner in the room before Angel and his production company, alongside BASE Entertainment, moved forward with “Mindfreak.”

Angel is also set to premiere “Criss Angel’s Magic With the Stars” on October 22 on The CW. The almost retired iconic magician Lance Burton and comedian/actress Loni Love are the judges. Sahara headliner and comedic actor Eddie Griffin hosts. The show’s format has two celebrities train with professional magicians in a series of magical acts. Celebrities must master three variations of magic and then perform them for the judges.

Donny Osmond, Terry Fator, Debbie Gibson, Flavor Flav and Randy Couture are among the famous contestants. This is the second series on The CW to be hosted by a Vegas headliner. “Penn & Teller: Fool Us” launched its ninth season on Friday.

He intends to promote “Amystika” on TV shows, which were taped in August and September at the Criss Angel Theater. In published reports, the R&B star Ginu wine was left gasping and conscious after attempting a water-draining routine, proving there is a high risk on and off the stage in Angel’s empire.