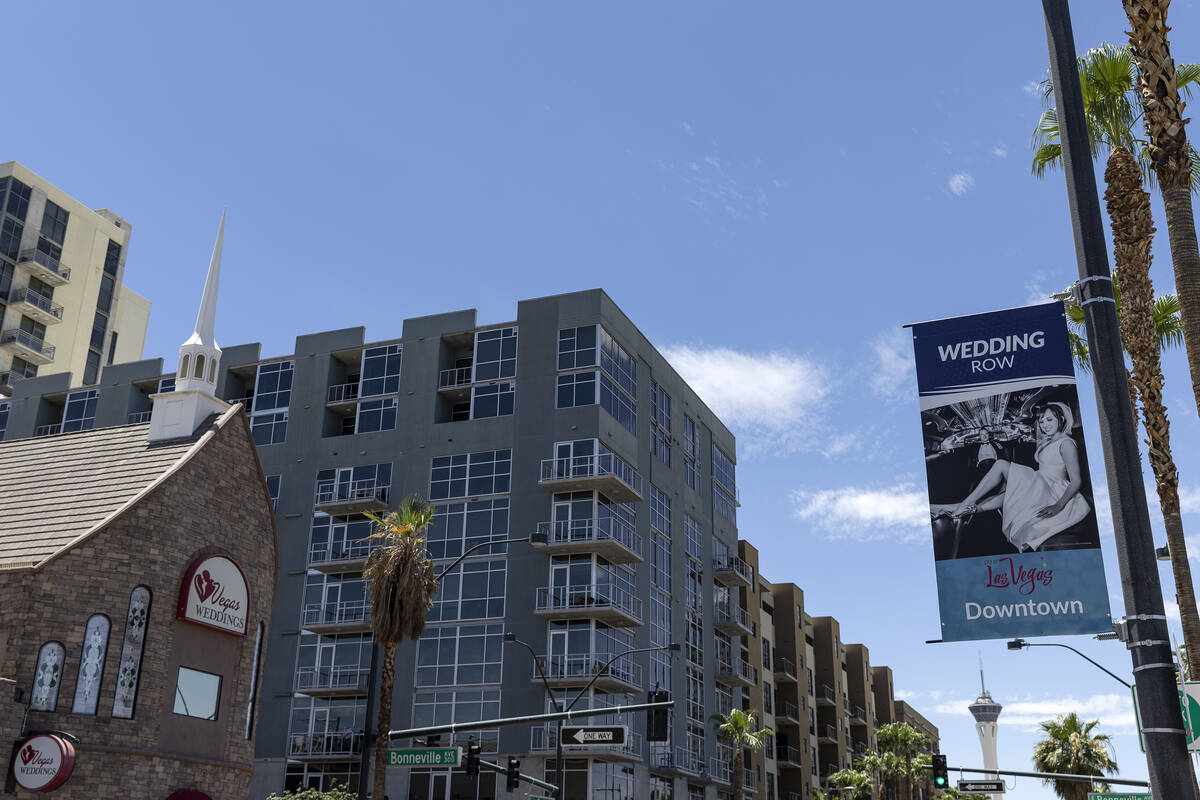 Colorful banners now hang along several streets in downtown Las Vegas, celebrating the importance of the wedding industry to the city.

The City of Las Vegas launched a project last year to identify key neighborhoods with banners and signs downtown to encourage visitation.

The banners, unveiled this week, highlight the new Wedding Row in the city.

Placed outside some of downtown Las Vegas’ wedding chapels and the Clark County Marriage License Office, 12 eye-catching banners show couples enjoying their big day in the “marriage capital of the world.”

“We are very pleased to see Wedding Row come to fruition,” Deputy County Clerk Carl Bates said in a news release. “This project has been a successful collaborative effort with the City of Las Vegas and will go a long way in recognizing how instrumental the wedding chapel industry has been in establishing Las Vegas as the wedding capital of the world. .”

The signs hang from lamp posts outside several chapels, including the Vegas Wedding Chapel and the Stained Wedding Chapel, to help guide couples looking to marry.

“Wedding Row will bring new opportunities to Downtown Las Vegas by recognizing the significant economic impact weddings have on our city,” Ward 3 Councilwoman Olivia Diaz said in the city’s statement. “Las Vegas hosts hundreds of weddings every week and we hope this project will help support our chapels and surrounding businesses as they celebrate true love.”

The local wedding industry has rebounded after a difficult 2020 due to the COVID-19 pandemic. The Marriage License Bureau issued more than 77,000 marriage licenses in 2021, up from 56,331 in 2020. The local marriage industry generated $88 million in tax revenue in 2021.

County Clerk Lynn Goya called 2021 “one of the best years we’ve had in a while” during the Las Vegas Wedding Chamber of Commerce’s annual State of the Wedding Address. last week