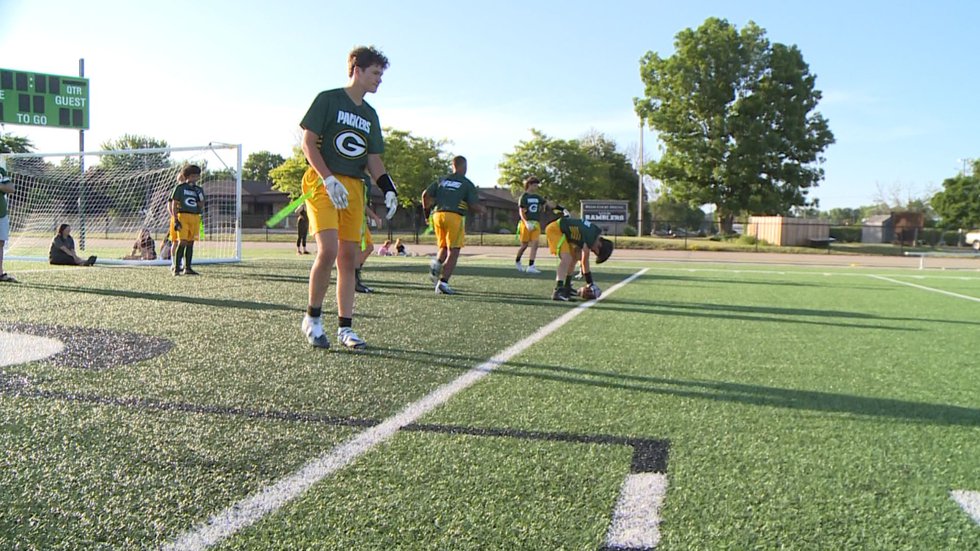 Games will be played at the Packers’ training grounds at Don Hutson Center and Ray Nitschke Field with teams made up of kids ages 17 and under.

Winners in each division will receive entry to the 2023 NFL FLAG Championships at the NFL Pro Bowl in Las Vegas and a $5,500 donation toward each team’s trip. Teams from Wisconsin, Illinois, Indiana, Kansas, Michigan, Missouri and Ohio are participating in the Green Bay event.

The coach of one of the Chippewa Valley area teams thinks it will be a lasting memory for his players.

“This is the first time, I believe, that kids this age and from here have competed in a national tournament,” said Bobby Diaz, coach of the Northwest Wisconsin champions. “I don’t think they know that yet until they get here.”

The national tournament takes place in February on the same weekend as the Pro Bowl. The Packers plan to hold a regional event in the future.

On Friday, attendees can enjoy entertainment and fireworks in the Titletown District and at Lambeau Field, as well as an on-field skills challenge. The tournament begins Saturday morning at the Packers training grounds with a round robin before moving to a knockout game in the afternoon.

To learn more about the NFL FLAG tournament in Green Bay, you can visit the Packers website.