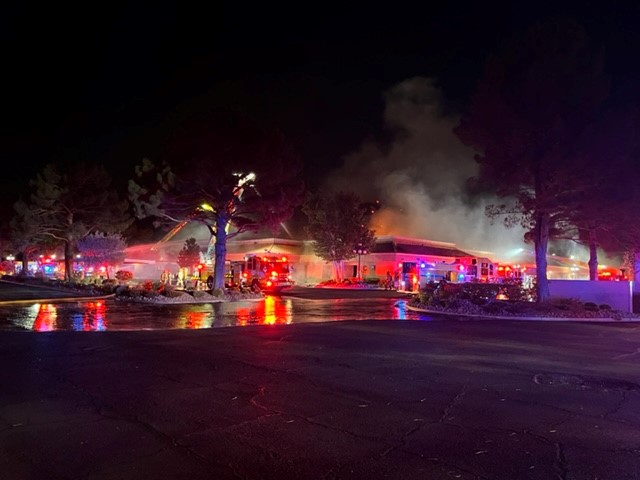 Business owners are in shock after the South East Valley fire

At least two businesses were destroyed after the roof of a building on Sunset Road near Eastern Avenue north of Sunset Park collapsed.

The fire caused the roof to collapse, leaving the building destroyed and a few business owners trying to figure out their next steps.

“It’s pretty damaged in there. Where am I going to work? said Christy McGil, owner of Buff The Nail Boutique for eight years.

The fire was so intense that it took more than 70 firefighters to put it out.

Vincenzo Pellegrini told 8 News Now he fears it will spread to his bridal shop, BridalXOXO.

“I was shocked,” Pellegrini said. “If all the dresses caught fire, for the brides getting married this week, it was going to be a disaster, but thank goodness.”

Now he’s trying to get some of the lingering smoke smell out of the building. Investigators searched through the debris for much of Monday, trying to determine the cause of the fire.

“I would like to know why it started,” McGil continued. “There has been construction and renovation work in our building.”

McGill has insurance, but said she had to leave after the damage.

“Go ahead and rebuild, maybe not here, maybe somewhere else,” she continued.

The teams boarded the building. Investigators have not yet specified the extent of the damage or the cause of the fire.